SPUR Oakland Director Robert Ogilvie remembers a time when a sudden economic slowdown and sporadic retreats of capital might have warranted a deep concern for the East Bay city's long-term prospects. 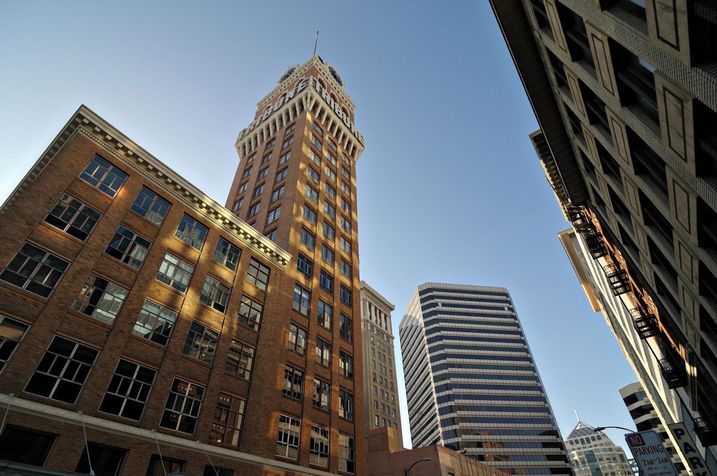 Now, with the city and county taking early steps to contain the coronavirus, and with plenty of investment already underway in Oakland, Ogilvie said he still thinks the city's long-term outlook is as strong as it has ever been.

“When we opened SPUR in Oakland, the rub on Oakland was that Oakland’s government did not work, that you could not count on elected officials in Oakland to do the right thing," Ogilvie said.

"You certainly could not make that criticism of how Oakland has acted now, and I have got to think that going forward in the short- and medium-term people, investors and businesses are going to look at that."

There have been some reasons for concern. Last month, Kaiser Permanente bailed out of its plan to build a new $900M HQ in the city, but the healthcare provider, which is Oakland's largest employer, is still rooted and investing in its other offices around the city, Mayor Libby Schaaf said in a statement.

Likewise, Blackstone Group, citing debt-market volatility, canceled a record-breaking deal — losing $20M in the process — to buy Uptown Station earlier this month. But companies in the tech sector, which include the one that leased all 356K SF of Uptown Station, are pulling through the downturn better than average and should continue seeing Oakland as a destination, according to Ogilvie.

"Oakland will be a bright spot because it will have lots of units available in the recovery," Gruendl said. “Capital wants to be here but it’s just frozen. It’s gone to the sidelines until it figures all this out.”

Residential rents stabilizing, as they did last month, and home prices dropping as a result of a slowdown, might be what keeps more companies interested in the Bay Area, including Oakland, Ogilvie said.

"House prices are one of the things that have been driving Bay Area firms to start to grow jobs elsewhere," he said. "If housing becomes more affordable, that could actually lead to some job growth."

Though he said no one can say with much certainty how long the economic recovery will be, Ogilvie said he thinks it will do the trick for Oakland.

“Long-term, it’s still as strong as it used to be," he said.