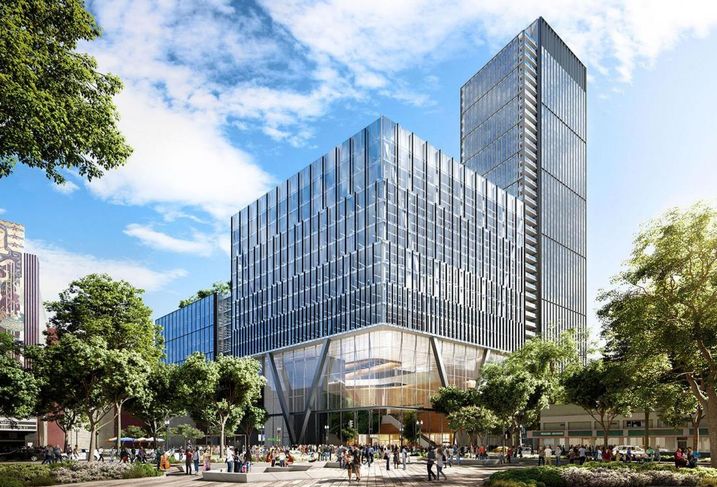 But the healthcare provider now cites delays and costs as reasons why it is dropping those plans, saying the ongoing outbreak of the coronavirus, which causes the disease COVID-19, didn't spark the decision.

"Delays and increasing costs related to this project caused us to re-examine the feasibility and focus on renovating our current buildings," the company said in a statement. "The decision is not related to COVID-19."

One of Oakland's largest employers, Kaiser Permanente maintains several offices throughout the city, but it had planned to consolidate over 7,000 of its employees into the new 29-story tower at 2100 Telegraph Ave., which it had dubbed Kaiser Permanente Thrive Center.

The healthcare provider planned to sell three nearby Oakland office buildings it owns at 2000 Broadway, 1950 Franklin St. and 1800 Harrison St. to Lane Partners, and not renew leases it had on four others.

“It’s a pivot for Kaiser, and one that makes sense for their organization and members at this time," Schaaf said in a statement. "They’re reinvesting and improving their existing sites across the city, so the most important fact is that they’re staying rooted right here in Oakland."

Kaiser's decision follows many predictions of Oakland as a burgeoning office market next to San Francisco, thanks in part to interest from big tenants like Kaiser and digital payments company Square. But it also comes amid turmoil in the healthcare sector and overall economy with the coronavirus pandemic.

Neither Lane Partners nor SUDA immediately responded to requests for comment on Kaiser's decision, which was first reported by the San Francisco Chronicle.