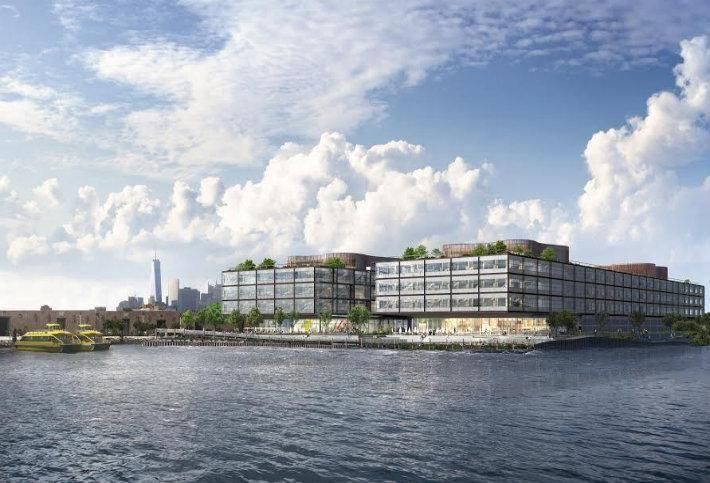 Thor Equities is reportedly shifting gears at its Red Hook development site, dropping plans for two huge office buildings and instead moving ahead with warehousing.

The Joseph Sitt-led company had planned to build an 800K SF office complex at 280 Richards St., The Real Deal reports, but is now planning a last-mile warehouse facility on the banks of the East River.

Thor announced the plan, which would have been the company’s largest-ever ground-up development in the city, back in 2016. Architect Norman Foster designed the project, and the company said the plan was to market to TAMI tenants. Called Red Hoek Point, the plans for the 7.7-acre campus are still on Thor’s website.

A representative from Thor confirmed to Bisnow the company is changing from office to industrial at the site, but declined to comment further.

Brooklyn’s office market has been considered to be up and coming for some time, but there still hasn’t been a market-moving tenant to take space in the borough since Etsy set up a 200K SF headquarters in Dumbo nearly five years ago.

More than 6M SF of new office space is due to become available in Brooklyn by the end of 2022, and many developers and landlords expect this year will be a turning point for the market.

Thor wouldn’t be the first to bet on industrial assets in the boroughs.

Last month, Bridge Development Partners and DH Property Holdings announced they are joining forces to acquire an 18-acre site in Brooklyn, where they plan to build a four-story, 1.3M SF distribution center, the largest multistory warehouse in the United States.