Brooklyn evangelists have preached patience for years. And while it has been years since the last big company crossed the East River for a headquarters, Brooklyn's developers, landlords and brokers say the wait is almost over.

Rental demand, the future of the office market and lending activity were among the topics discussed at Bisnow’s Brooklyn State of the Market event last week. Here are four things we learned. 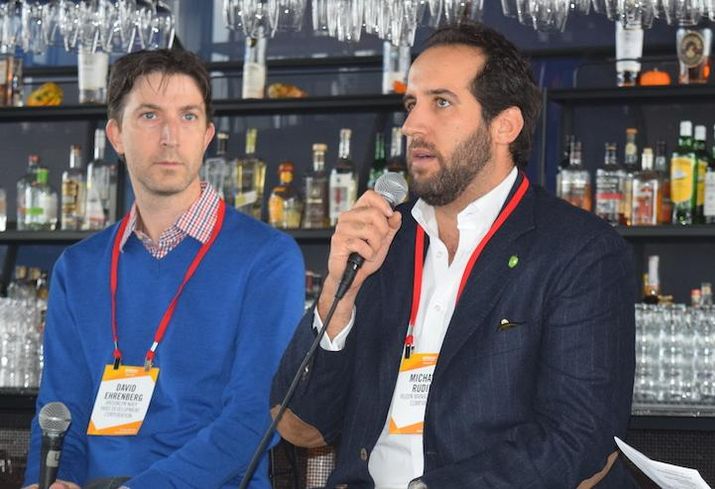 There Hasn’t Been A Marquee Tenant To Set Up Shop In The Borough In Years, And That’s Not A Bad Thing

Nearly 7M SF of newly built office space is due to hit the Brooklyn market by the end of 2022, according to Colliers International, and more development is on its way.

While there have been several companies leaving Manhattan for the borough over the past two years — women’s luxury apparel brand Lafayette 148 New York decamped from SoHo to take nearly 100K SF at the Navy Yard and technology company 2U left Chelsea Piers for 80K SF at 55 Prospect St. — there still hasn’t been a major global tenant to put Brooklyn on the office location map.

“We are not worried that we aren’t doing 100K SF leases today, we’ve got our eyes and ears open,” Rudin Management Co. Senior Vice President Michael Rudin said. "We are aware it takes time to get deals done … This is not a quick-hit business." 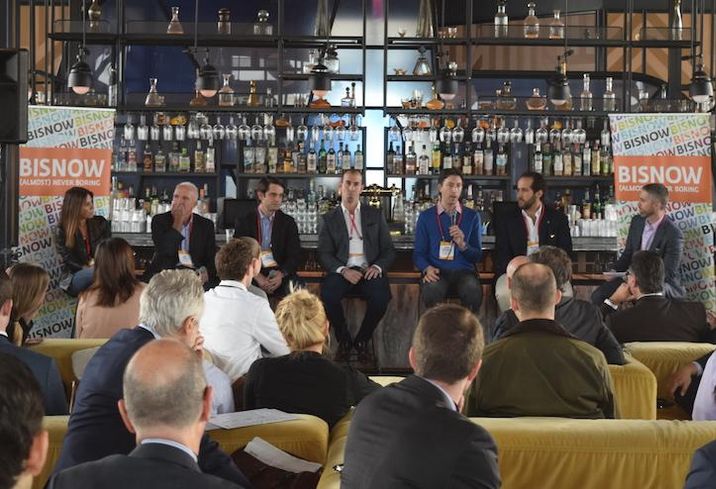 His company joined with Boston Properties to develop Dock 72, a 675K SF office building at the Brooklyn Navy Yard that will open soon with WeWork as its anchor tenant.

“There hasn’t been true, brand-new [office] product in Brooklyn in a really long time," Rudin said. "As soon as the newer projects like ours and 25 Kent come online, the flurry of activity that everyone is waiting for will happen.”

Other panelists said that while many are waiting for a technology, advertising, media or tech tenant to make a big splash in the market, there is still significant leasing activity happening. Newmark Knight Frank Senior Managing Director Jason Greenstein believes the tenant that will make an impact in the borough may not be New York-based.

"You have all these West Coast companies that are still not here yet ... Netflix is going to be here in a big way,” he said. “Brooklyn has such brand equity in the market, someone is going to take advantage.” 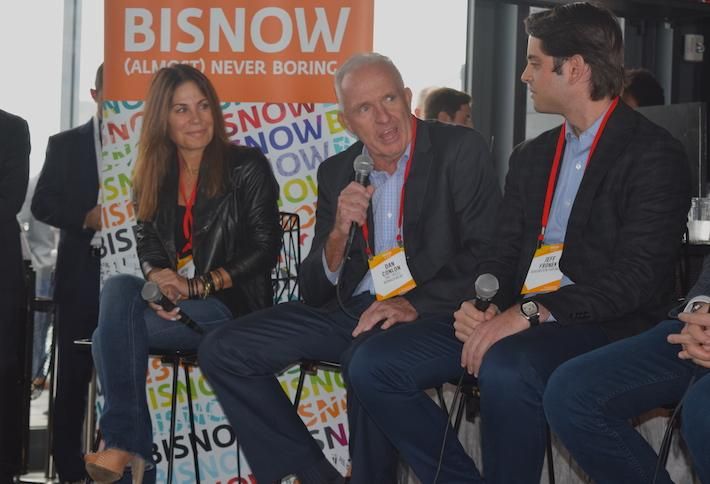 Big Banks Have Pulled Back On Lending, But Others Are Stepping In To Fill The Gap

Across the city, traditional lenders have become more cautious, pushing city developers like Slate Property Group and Silverstein Properties into the lending space in recent weeks.

“Every construction loan we are working on, five years ago we’d get a few bids, now we get 10 to 15,” JLL Managing Director Keith Kurland said.

Kurland was part of the team that arranged a $380M construction loan for Tishman Speyer’s 57-story luxury residential tower in Downtown Brooklyn at 11 Hoyt St. JPMorgan Chase was one of the lenders, joined by alternative lenders Starwood Property Trust and iStar in providing the financing package. 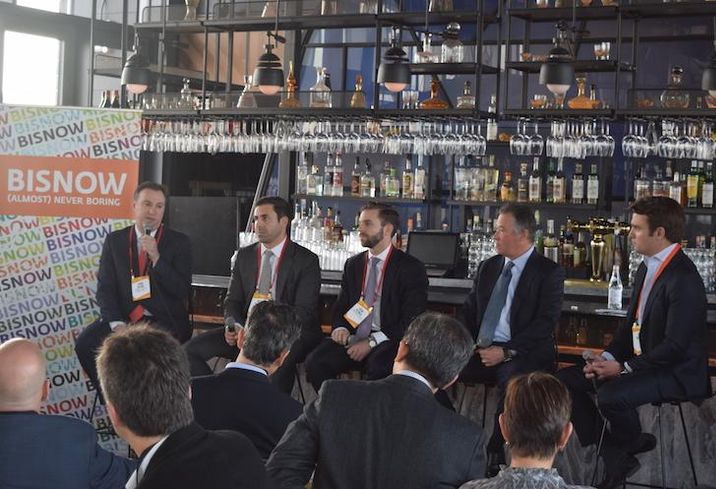 “[On that] I think we had eight separate bids to fill that stack, all very competitive as you might imagine," Kurland said, adding that he recently arranged financing for a $25M deal in Brooklyn that had nine groups wanting to participate.

While traditional banks are pulling back, the alternative lenders have ensured that Brooklyn's supply pipeline hasn't stopped.

"One of the things that we’ve seen in the last few years is entrants in the construction financing market that will actually help finance smaller developers with weaker balance sheets and with a little less experience," he said. 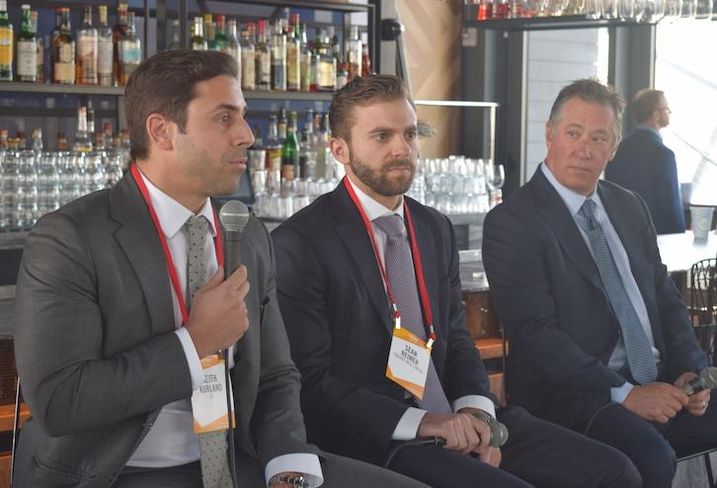 The median rents in Brooklyn hit $2,850 in September, according to the latest report from appraisal firm Miller Samuel, largely because of the vast numbers of new development units in the borough becoming available.

But landlords are relying heavily on concessions to get apartments filled. More than 43% of leases signed included a concession, double from the year before, according to Miller Samuel.

“I would say [the market is] softening,” Meridian Capital Group Managing Director Rich Velotta said. “Traditionally, people are buying buildings saying ‘I can underwrite X dollars per SF.’ And I think over the last year or two, it’s mostly pricing-point driven. Someone can’t pay $6K a month for a one bedroom."

But the panelists on the event said the outlook is healthy for condominium and rental market, and the much-discussed supply glut of rentals may be short-lived.

“There’s discussion about oversupply, [but] a lot of it is focused on Downtown Brooklyn,” Ariel Property Advisors’ Sean Kelly said. “There’s not a lot in the pipeline for rental supply.”

L&L MAG Head of Development Susi Yu agreed it is a short-term blip that will even out.

“I actually don’t think it’s an oversupply issue," she said. "I think it’s a lot of product being delivered during the same short time period. People now have the option of negotiating.” 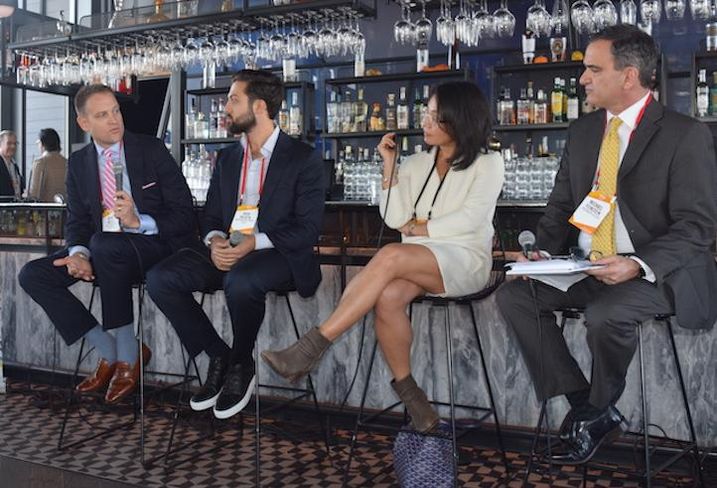 “The vast majority of our product is in the 1K to 5K SF range. And those units don’t stay available for long at all,” Brooklyn Navy Yard Development Corp. President David Ehrenberg said. “We just added about 45 of those sized units in our Building 77, and we are effectively out of those units now a year after opening.”

“The amount of demand that I am getting from the existing tenant base that needs to expand — all of these media and primarily tech companies are all doing great for some reason,” he said. “If I were a young broker today, I would jump on these 2,500 [SF] businesses, one day they will be 25K or 50K and you’ll make a lot of money.” 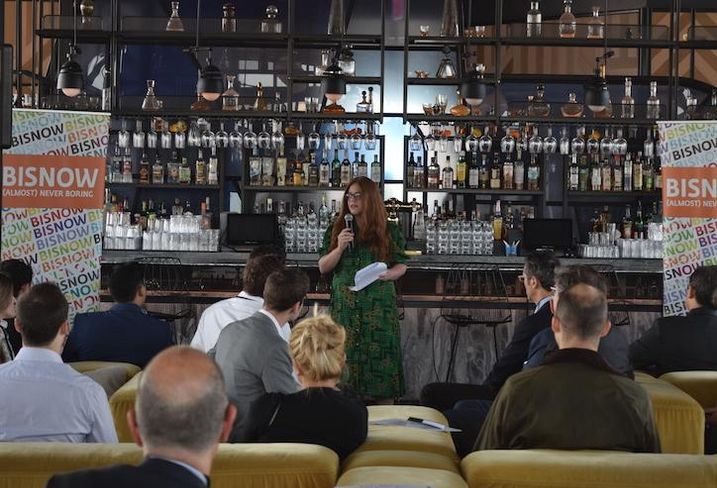 These types of tenants are coming from Manhattan in search of better offering, according to Conlon.

“If you’ve been into these 3K and 4K spaces in Manhattan, they are awful and atrocious,” he said. “There are no amenities … A lot of the landlords take the position of ‘You’ve got 3K or 4K SF … Leave me alone.'”

Industry City Director of Leasing Kathe Chase said Brooklyn will always have some appeal because it is cheaper than Manhattan, and Industry City is cheaper than much of the other new office product in Brooklyn. But the borough's recent success has been driven by much more than value.

“It can’t be just about what the economics are like,” Chase said. "It has to be as much about the culture, about the amenities, the ease of getting to work every day. And being in a place that you can grow ... Many of our tenants come to us because they are boxed in. We are giving them opportunity that they can’t have in Manhattan."