Inside Thor’s Dramatic Pivot From Retail To Office And Multifamily

Joseph Sitt has never been one to sit still, but these days he and his firm, Thor Equities, seem dead set on going above and beyond their reputation for keeping busy as they ditch parts of their sizable retail portfolio and move more heavily into office and residential. 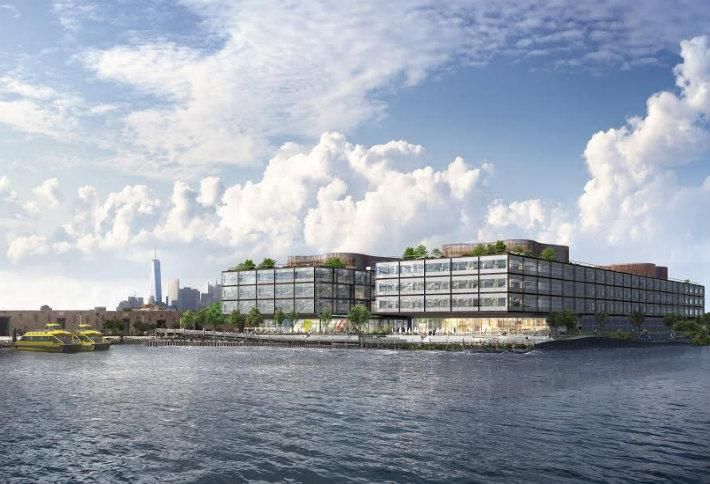 Just yesterday, Thor announced a massive 7.7-acre, 623k SF mixed-use project in Red Hook, and that’s on top of the firm’s current residential buying spree in Harlem and a round of recent retail sell-offs in Midtown. 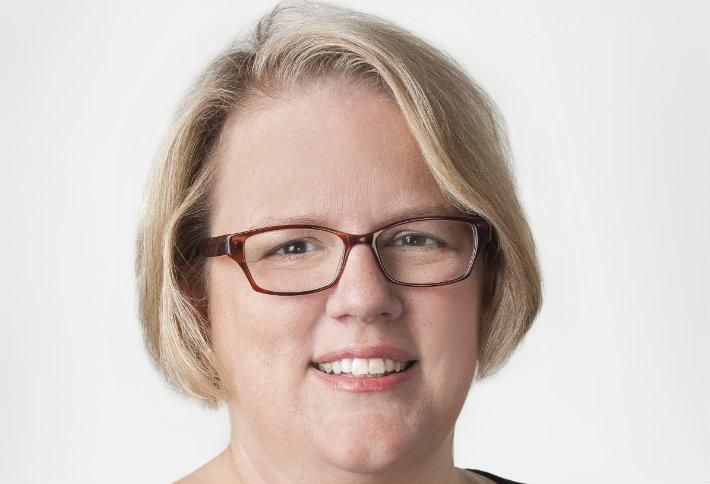 The new Red Hook project is the icing on the cake, representing Thor’s largest-ever ground-up development in New York. The project will feature two heavy timber frame buildings with roughly 600k SF of office, all laid out in massive 100k SF floor plates, a size that’s virtually unheard-of among the city’s post-war office buildings. The project will also feature about 23k SF of retail.

A spokesperson declined to say what kind of rent Thor will be looking for at the space, but it’s likely the uniquely large plates could command a premium in today’s Brooklyn office market.

Thor plans to rent the space more-or-less exclusively to TAMI tenants, hence the size of the floor plates and the style of construction. Norman Foster, who designed Apple’s insane new Cupertino headquarters, is the architect on the project, and Melissa says the decision to court TAMI tenants was a very conscious one.

“From research that’s been coming out and from speaking with the brokerage community, it’s clear TAMI employees really want to be in big cities—the live/work/play lifestyle is very important to them,” Melissa says. “As a result, we’ve seen an increasing number of these types of tenants coming to New York over the last five years or so, and I think the projections show that we’re going to see a lot more of these tenants in the years ahead.” 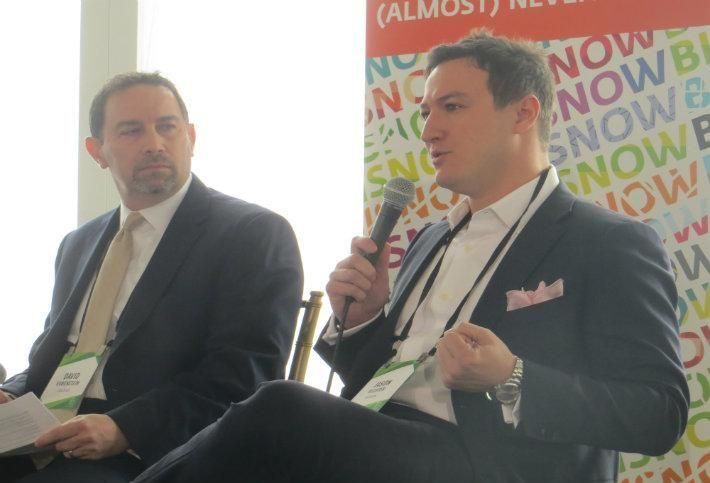 Jason Richter (snapped above on the right with Cole Schotz’s David Rubenstein), a principal at Hudson and Capricorn Asset Management, says the move makes sense given the type of neighborhood Red Hook is and the broader trend of TAMI tenants coming into Brooklyn.

“I don’t really see [Red Hook] as competing with the blue-chip, institutional type of office markets, but I think bringing in creative tenants will work very well there,” he says.

The fact that many of the employees of a TAMI firm in Red Hook would likely live in places like Greenpoint, Williamsburg or Long Island City would also allow the project to benefit from the new-and-improved ferry system to open next summer, Jason says.

“I think that type of employee is very accustomed to the ferry system, so I think that’s a well thought-out plan,” he says. Subway service is spotty in Red Hook—the nearest stop to Thor’s project is 12 blocks away—but the proposed Brooklyn-Queens streetcar could also help to alleviate that. 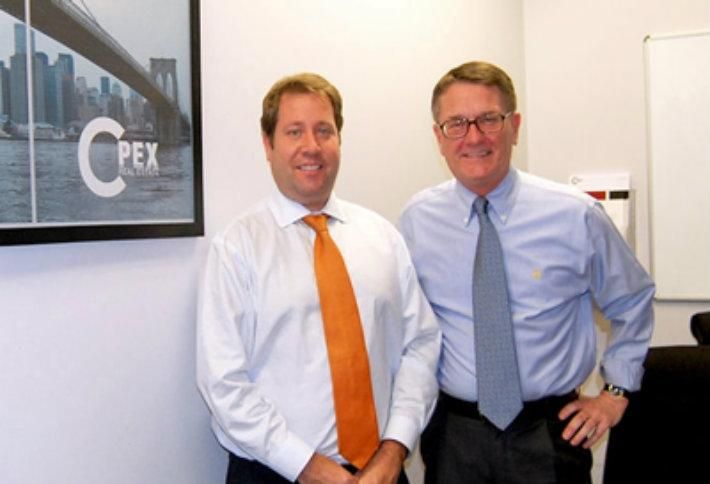 CPEX managing director Timothy King (snapped above on the right with colleague Brian Leary) says the project is part of a broader trend of the original “Brooklyn tech triangle” morphing into a kind of boomerang-shaped area that hugs the Brooklyn waterfront from Williamsburg down to Red Hook.

Other projects like the Domino Sugar Factory and Dock72 at the Brooklyn Navy Yard are further examples of “spaces built for hammer and anvil-style manufacturing” being converted to “environments for folks peering through microscopes or working with computers,” he says.

That’s on top of the firm’s ongoing retail selling spree in Midtown, which has so far yielded roughly $640M from the sale of two buildings along Fifth Avenue, with several more on the block, reportedly including Thor’s own headquarters at 25-33 W 39th St in the Garment District. The Real Deal reports Thor’s shopping at least 10 of its Manhattan properties.

A Thor spokesperson says the firm is marketing fewer than 10 properties, and that rumors of the sale of its headquarters are inaccurate, however. 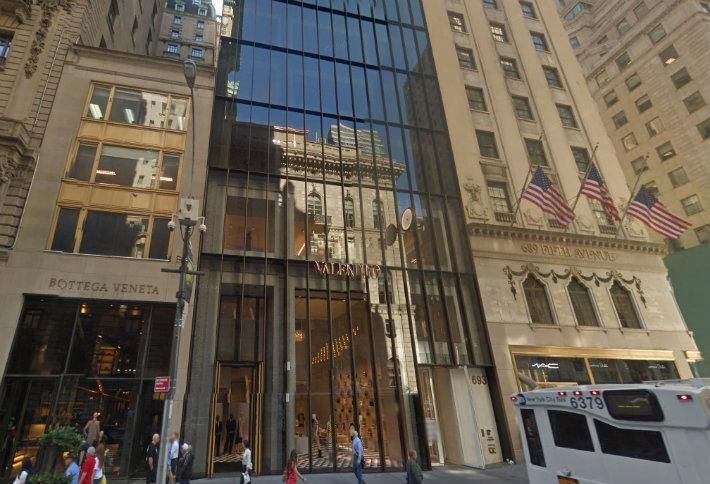 Bisnow has also heard from several sources Thor’s nearing a deal for the sale of the Takashimaya Building (above), but none were willing to comment on the record. Thor declined to comment on a possible sale.

By way of explanation, Melissa simply says that “certain assets are ripe and it’s time for them to be sold, but at the same time we’re actively acquiring assets. We don’t look at it as an either-or approach.”

Jason says he’s not sure how or even if all those moves are necessarily related, but that they could have something to do with the fact that “Joe [Sitt] utilizes a lot of institutional capital in his deals, and that capital typically has a lifecycle of three-to-seven years.”

Coupled with retail’s recent poor performance and the fact that Thor picked up many of those properties on the cheap during the recession, “now is a phenomenal time to exit retail,” Jason says.

At the same time, he sees the Harlem buys as a fairly straightforward buy-and-hold strategy, given the neighborhood’s up-and-coming trajectory and the fact that “in the long run, with New York residential, you can’t really lose,” Jason says.

Similarly, Tim says he’d bet “that all of those decisions ran on separate tracks with their own timeline, and the fact they’re all happening now” is due more to chance than any kind of interlocking strategy.

That rings especially true for the Red Hook project, which Thor acquired the land for back in 2005 for $40M. Jason says the time just happens to be right for developing it now in 2016.

“Brooklyn’s as strong as it’s ever been,” he says, “And now’s a great time to stick a shovel in the ground.”