Amazon To Occupy All Of WeWork's Herald Square Location 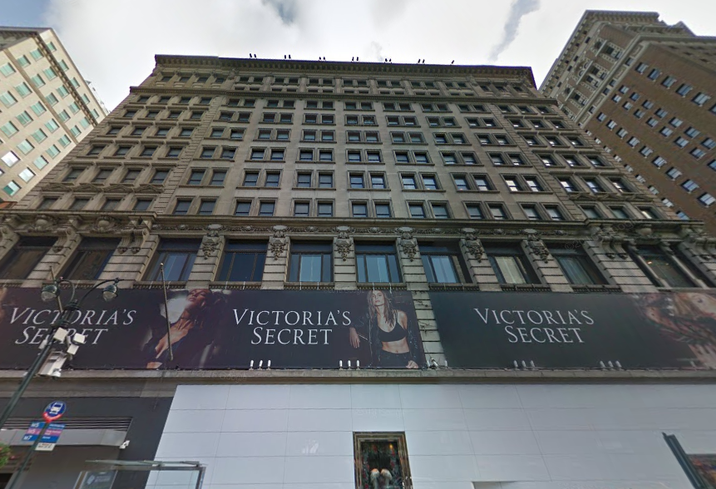 Amazon's rapid office expansion in New York continues with a move into a distressed asset in Herald Square.

The e-commerce titan has signed on to occupy all 122K SF of the WeWork in 2 Herald Square, The Real Deal reports. The company is also in negotiations to occupy some of the building's vacant ground-floor retail space, where Victoria's Secret is currently the only tenant.

The 11-story, 354K SF building, which also has the address 950 Sixth Ave., is owned by Sitt Asset Management, but its failure to refinance its CMBS loan has put it on the edge of foreclosure, TRD reports. Paramount Group, which already owns preferred equity on the building, has reportedly held off on plans to buy the leasehold as the Sitt brothers battle in court.

The leasehold comes with a defaulted $250M mortgage owned by SL Green, which has begun foreclosure proceedings, according to TRD.

Amazon has made deals for nearly 500K SF of Manhattan office space in the last two months alone, between 2 Herald Square and its 360K SF lease at Brookfield Properties' Five Manhattan West in the Hudson Yards neighborhood. While that office is scheduled to open next year, Amazon reportedly already has employees in 2 Herald Square.

If Amazon's retail location in the building comes to fruition, it would be its fourth store in New York, after locations at Columbus Circle, SoHo and 7 West 34th St., a block away from 2 Herald Square. Its largest real estate footprint in the city, however, will belong to its 855K SF distribution center in Staten Island when complete.

Meanwhile, WeWork continues to diversify the use of its spaces, with Amazon the second company to take a full location after IBM did so at 88 University Place.

CORRECTION, NOV. 21, 2:30 P.M. EST: A previous version of this story said an Amazon store would be the third brick-and-mortar location for the company, but an Amazon store recently opened at 7 West 34th St., making the potential new store Amazon's fourth. This story has been updated.