Brooklyn has more than 2 million people and an abundance of cool and cultural cachet, but it still lacks adequate infrastructure and big office tenants. For developers investing in Brooklyn, those are mere hurdles to clear for a borough that has all the fundamentals for a prolonged boom. 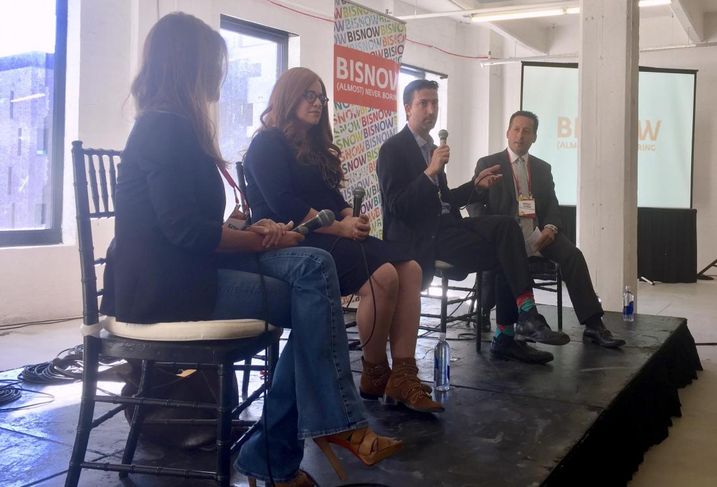 Take the Brooklyn Navy Yard. While the massive redevelopment has signed some big-name tenants, including incubator 1776 and women's fashion company Lafayette 148, it still has millions of square footage in its development pipeline without office tenants committed.

"You look at any market in the country, probably the world, and the Brooklyn fundamentals are as strong as anywhere possible," Brooklyn Navy Yard Development Corp. CEO David Ehrenberg said last week at Bisnow's Brooklyn State of the Market event.

"Given that we are the fourth-largest city in the country, the supply of office space in Brooklyn is infinitesimal compared to what it could or should be," he said. "Over the next 10 to 20 years, there is not a shred of doubt in our planning exercises around the need to continue to grow as fast as we possibly can, because we know we can’t meet the demand."

Heritage Equity Partners CEO  Toby Moskovits, despite not having any leases signed at her ambitious office project at 25 Kent Ave., said Brooklyn's retail momentum — which is positive, unlike most of the country — is what gives her hope that office leasing is not far behind.

Before 25 Kent, she said, large office tenants who wanted to locate in Brooklyn really had two options: DUMBO and Downtown Brooklyn. Williamsburg, despite the looming L Train shutdown, still has more of what millennials want in their environment than Manhattan's traditional office enclaves.

"For parts of Brooklyn, there really was not an opportunity to find the physical space that major tenants needed," Moskovits said. "The best moment I had in the last nine months is I was in a building in the Plaza District. The elevator opened up, and it was the headquarters of Stella Artois, the beer company. They had literally bricked over the entire entrance, so you opened it up and it looked like you were in a warehouse."

All Brooklyn needs, she said, is for one major tenant to make the leap. The tea leaves are showing one might do it soon.

"Everybody’s afraid to make that first step, but when one major company dips its toe in the water, it validates Brooklyn for everybody else in that sector of the economy," Moskovits said. 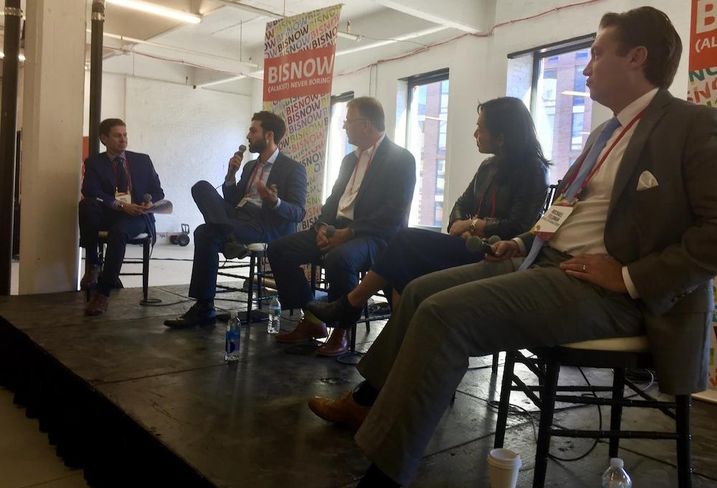 While the tone of the conversations at the event's four panels bridled with optimism, when the conversation turned to infrastructure, the speakers took a vastly different tone.

"Brooklyn is super dense, it’s a cultural hub, lots and lots of destinations," Chase said. "I feel like accessibility is the biggest issue — getting people there, getting people around."

"As the office core shifts away from parts of Manhattan to Downtown Brooklyn or Sunset Park, or even spec office being built in Williamsburg and Greenpoint, how do we move all of those people to that office core?" Meridian Capital Investment Sales Director Richard Velotta said. "I'm a young guy, I’m not going to bike to work every single day, and that’s really the core strategy, or shuttles from major towers to office sites or subway stations. I think that’s one of the biggest political challenges we face in the city right now, and I’m interested to see what happens."

Despite arguably better fundamentals, Queens stays behind Brooklyn because, as his two 20-something cousins told him, it "isn't cool," Choice NY Management co-founder Michael Feldman said. But Brooklyn's infrastructure is not where it should be, considering its brand advantage, he said.

With so much of Brooklyn's growth, particularly its office growth, concentrated on the East River waterfront, the proposed BQX waterfront streetcar received a couple of shoutouts as a potential boon for the borough, bridging a crucial transportation gap. Right now, there is no direct way to get from Sunset Park to DUMBO to Greenpoint and up to Queens without going through Manhattan.

"We have to connect the waterfront neighborhoods," Forest City Ratner Executive Vice President Susi Yu said. "Brooklyn’s waterfront is actually very underutilized, and there’s huge opportunity there. In order to jump-start the development and investment for private developers to go into those areas, you have to improve infrastructure."