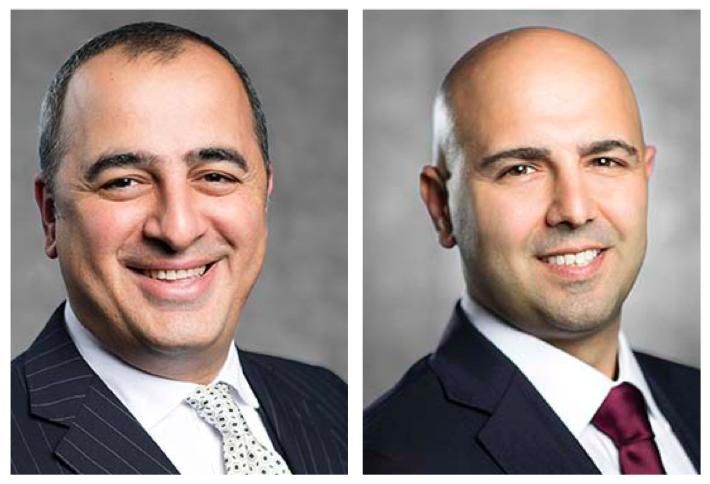 While major brokerage firms trim staff amid a stagnating market, a new development site brokerage firm, hoping to redefine how transactions get done within the asset class, has doubled in size since the start of the shutdown.

Lev Kimyagarov and Rubin Isak, alumni of Massey Knakal Realty Services before it sold to Cushman & Wakefield, founded Development Site Advisors in September. As brokerages in New York have made significant layoffs, Isak and Kimyagarov have doubled their team of brokers from six to 12 since the shutdown began and plan to hire four more before the end of May, Isak said.

“The reason why we’re expanding is because we’re optimistic about the market,” Isak told Bisnow in an interview Thursday. DSA is the only firm focused specifically on closing the sales of development sites throughout the city, he added.

When the year began, development site activity had increased as land prices dropped from 2019 levels. Total dollar volume for development in Q1 was up 77% from Q4 in 2019, while price-per-buildable-SF was down 22%, according to a Q1 Avison Young property sales report.

But deals have nearly stopped in every asset class since the coronavirus shutdowns began in March. A Real Estate Board of New York report released this week showed taxes accrued through real estate sales decreased 64% year-over-year in April. Brokers are anticipating deep, industry-wide cuts because of the lack of business.

Still, Isak said he is confident the market will bounce back. DSA has multiple sites under contract amid the pandemic, including a site in Inwood on 219th Street with 150K SF of development potential and a 10K SF lot on 11th Avenue, the company said in a release, with several more deals in the works.

When they started the company, the leadership duo aimed to fill a gap they saw in New York City brokerage. They envisioned a firm that combined the staples of the brokerages they worked for before — such as Paul Massey’s focus on the geographic territory system, which he took with him when he started B6 Real Estate Advisors — with zoning expertise to provide owners with the strongest information on these sites, Isak said.

They have carved out New York City into 14 geographic areas and plan to train a broker on each specific location, from the state of the market to the zoning laws that each area has.

“It’s the most complex asset class because of zoning,” Isak told Bisnow. “We really take a hyperfocus approach to it.”

Development sites make up around 10% to 12% of overall transactions in the New York City real estate market, so the asset class doesn’t often get the brokerage attention that the team is now trying to bring to it, Isak said. The company is also discussing a possibly expansion into other cities in the next three to five years.

"We feel that this business, this structure, can work in other major cities,” Isak said.

Isak and Kimyagarov met in 2006. Now the two are like brothers, Isak said.

“When you have a company, you want to have fun working, but we always say we would do this for free,” he said. “We love what we do. We’ve never had one argument.”