“We don’t think there will be a lot of brand-new leases,” he said. “People just don’t know how much space they are going to need.”

MHP is keeping its six-person asset sales group and four in-house leasing agents for the business’s 2.5M SF office portfolio. But MHP’s tenant representation business, which Sturner had considered closing for years since it hasn’t been a big income-producer, is officially over. The company is returning to its roots as primarily an owner-operator, Sturner said. 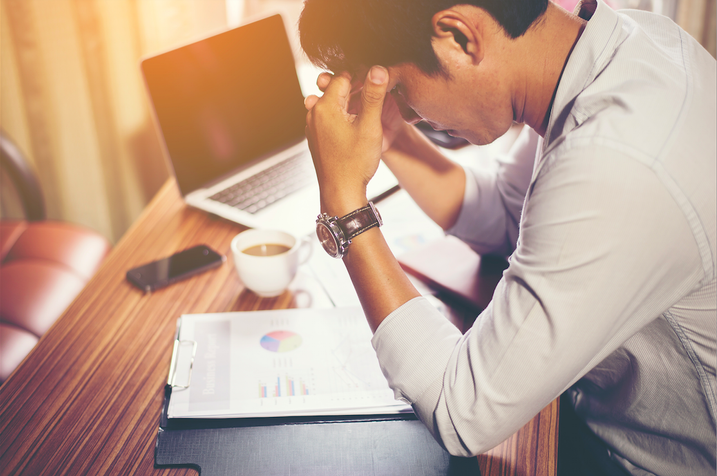 “We saw [office leasing] wane over the last few years,” Sturner said. “We don’t see that growing over the next few years, so we got rid of a resource that we didn't think was necessary for the future of the company.”

Much of the commercial real estate industry has faced a reckoning as a result of the coronavirus pandemic. It has forced a rethink on everything from how people shop, where they want to live, how safe their office buildings are — and how many brokers the industry will need.

Some will be forced out of the industry, more than a dozen New York commercial brokers said in interviews, and further consolidation of brokerage shops is likely.

"There will be a cleansing period," Compass Vice Chair Adelaide Polsinelli said. "There will be people leaving the business ... It's not for everyone."

In order to survive, players must nail the traditional tenets of brokerage and blend it with the use of new technology that has become part of the transaction process amid the shutdown, sources told Bisnow. Though there may be a bright future for whip-smart deal-makers, tough negotiators with established relationships, there is no doubt this will test the mettle of brokers like never before.

Peter Hauspurg, who closed his firm Eastern Consolidated in 2018 after 38 years in business and joined ABS Partners Real Estate a few months later, said a challenging market had already made operating a boutique firm like his old one almost impossible.

“We saw the writing on the wall, but we were never anticipating anything like this,” he said. “There are no transactions coming in … [but] the brokers that are left standing will do really well. That's what we’ve seen in past decades.”

Had Eastern been open today, it would have been “bleeding money,” Hauspurg said. 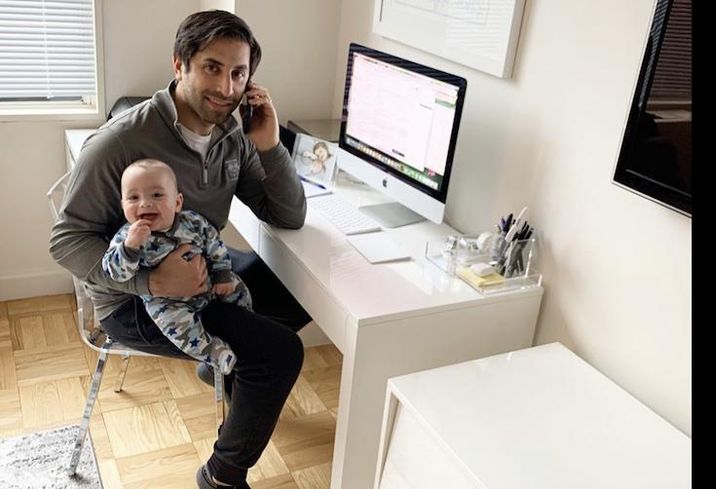 The practicalities of the lockdown, as well as the chill of uncertainty, has slowed deals. The economic strain is already showing up in the data.

Office leasing in Manhattan, which has been at near-record levels of activity the past few years, was 64% down from the five-year average in April, according to CBRE. Investment sales have been sliding since the market peak in 2015 in New York City, and while there was no major year-over-year fall in sales volume in the first quarter of the year, the second quarter is expected to be brutal, with some predicting the worst year since 2009.

Among the tens of millions of Americans who have lost their jobs, brokers haven’t been spared. Sturner’s MHP Real Estate is far from an outlier. SoftBank-backed Compass decided to reduce its staff by 15%, and JLL laid off about three dozen people from its New York capital markets team, according to The Real Deal. Avison Young cut staff from its Tri-State office and B6 Real Estate Advisors has also let people go.

The challenge right now is the big freeze.

“It doesn’t matter if the market values go up or down, you just want the market to move,” Hauspurg said. “You will see a consolidation of some of the smaller firms if this thing goes much longer.”

Hauspurg is speaking from experience. When Eastern Consolidated, which he co-founded with Daun Paris in 1981, closed nearly two years ago, dozens of brokers were suddenly on the job market. It was widely viewed as an indicator of how hard it has become for smaller, boutique firms to survive in a declining market.

Far more brokers are about to be hunting for jobs. Many of them will never return to the industry, if history is a guide.

“Every time we’ve had a major downturn — the S&L crisis, the dot-com bubble bursting, 9/11 or the Great Recession — we’ve come out of it with 20-to-30% fewer brokers than we went into the crisis with,” JLL New York Investment Sales Chairman Bob Knakal said during a Bisnow webinar last week.

“There’ll be less competition and more opportunity, and it’s actually an exciting time, in a way, to see how things are going to unfold,” Knakal said. “But it’s basic blocking and tackling from a brokerage perspective in that you’ve got to make your calls, you have to connect with clients, you’ve got to stay on top of issues as best you can.” 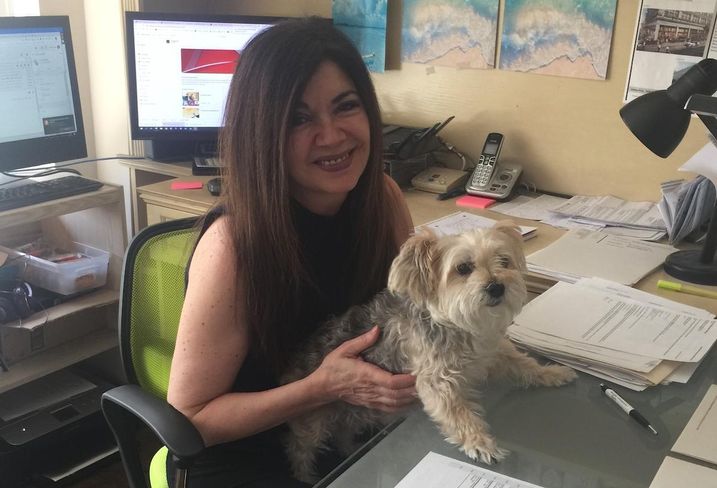 Compass Vice Chairman Robin Abrams, who has been in commercial real estate in New York City since 1979 and previously worked at Eastern, said there will be a major squeeze on the boutique outfits now — but those who kick hard, or strategically, will be able to make it.

“I and many of my industry colleagues that are on their own or at small shops have been successful through challenging times,” she said. "But it does weed out the weaker brokers.”

Polsinelli, also formerly of Eastern and now at Compass, said the "cleansing" period is a natural piece of the business cycle.

“If you don’t have other income streams — or just enough savings to get you through — this is the opportunity to bow out," she said.

For those who can hang on, they need to hone their skills, sharpen relationships and cultivate themselves as a reliable deal-maker with a cool head, the brokers who have been through past downturns said. The role of a broker is to guide, and now is the time to be the kind of person who can help navigate exceptional uncertainty.

“Brokers are optimists and go-getters, they dig and dig for opportunities,” Hodges Ward Elliott Managing Director Daniel Parker said. “This is when you really start to exercise your skills on deals.”

Parker added he has seen more friendly collaboration within the industry during this crisis than there was before. He is banking on investors continuing to aggressively pursue Manhattan real estate, and said brokers that can leverage information will be able to survive.

“There is no reason to believe that brokers are fat and happy right now, but the market has seen moments like this before,” he said. “As they say: ‘In God we trust, all others bring data.’” 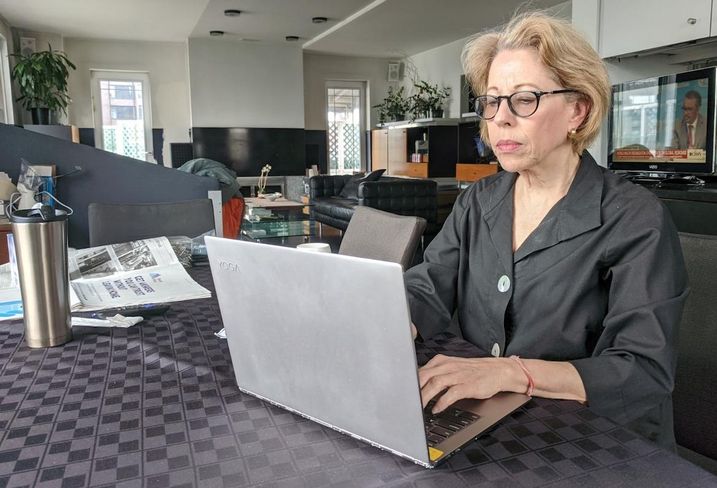 Courtesy of Robin Abrams
Robin Abrams has been working from home in her apartment in Manhattan.

‘If You Don’t Adapt, You’ll Become A Dinosaur’

Over the past few years, proptech and online brokerage tools took the residential brokerage market by storm with the advent of rental platforms such as Dorkee, which essentially cut brokers out of deals altogether. It slowly inched its way into certain parts of commercial real estate, but largely failed to stick.

Adam Henick thought it was only a matter of time before it would. He jumped from the finance sector to real estate brokerage, hoping to seize on an opportunity to pave a new path in commercial real estate brokerage. In 2018, he founded Current Real Estate Advisors, a technology-geared brokerage firm focused on collecting polling data through social media to connect clients with the best deal for them.

Now, as the shutdown accelerates technology’s widespread entrance into the field, Henick believes that a broker’s durability in a post-pandemic world rests on his or her ability to leverage technological tools and combine them with classic tenets of good brokership.

The business of transactions has already begun to shift online. With the city shut down and in-person viewings essentially banned, the use of virtual tours, videos and cutting-edge social media branding became an everyday part of the broker’s job in order to get deals done.

Many brokers Bisnow interviewed said that use of the new technology necessitated by the stay-at-home order will become a permanent fixture of how brokers do their work. But none of them expect it to replace the need for in-person viewings before a transaction is complete.

“I think they’ll be more virtual tours then there were pre-COVID, I think they’ll be a first step,” Newmark Knight Frank Vice Chairman of Retail Ariel Schuster said. “But, I don’t see people making decisions in New York based on virtual [viewings] unless they have to. Real estate in New York is very nuanced.”

B6 partner and Vice Chairman Thomas Donovan, a sales broker in Queens, said he expects no one will want to buy a building that they haven’t toured in person at least once.

“I think going forward that [virtual tours] will be part of the standing protocol,” he said. “But it will definitely not stop certain physical viewings before closing a transaction.”

Donovan, who has been a broker for three decades, said that the use of this technology isn’t going anywhere. Based on past experience, the brokers who will come out the other side must evolve to meet this new normal, he said.

“If you don’t adapt, you’ll become a dinosaur,” Donovan said. “You need to adapt to the norm of business. Anybody can broker a building in good times. It's in the times of downturn where the cream rises to the top.”

Young brokers, who haven’t had the time to make long-standing connections with clients, may be especially vulnerable at this time. Those that can run with others’ ideas but can’t pave a path of their own could have survived and thrived at the top of the cycle, Schuster said.

But now, only those that are self-motivated will be able to get through, he said.

“[Young brokers] are the most exposed,” Schuster said. “Brokerage is 'kill what you eat,' and there will be attrition. People have to be honest with themselves about whether this is for them. It's not going to be easy the next couple of years.”

CORRECTION, MAY 21, 11 A.M. ET: An earlier version of this story quoted David Sturner as describing office leasing as "a source" for the company. He said it was a resource. This story has been updated.