New York City is ramping up its life sciences industry, thanks to blossoming interest and growing funding. But building that type of real estate can still be a risky endeavor that takes a leap of faith. 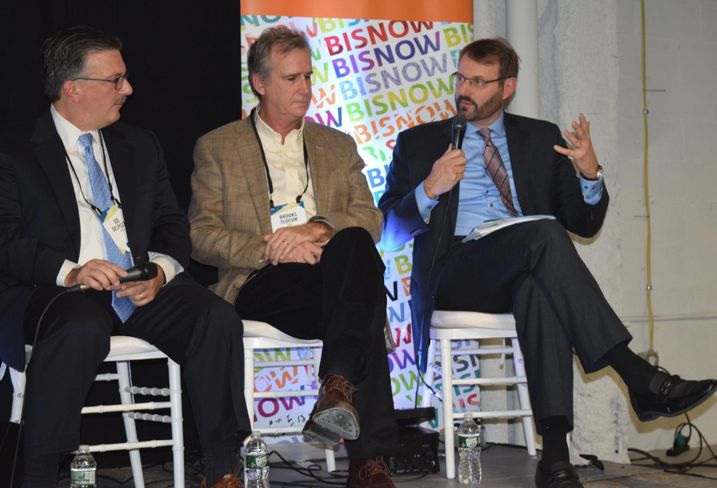 When it comes to this particular industry, New York City has long taken a back seat to places like San Francisco and Boston’s Kendall Square, which has the tightest lab market in the country. But momentum is building.

There is around 1.4M SF of commercial space for life sciences in the city, according to a report from Newmark Knight Frank released in August. That figure is set to double by 2021, with significant space now under development. Meanwhile, both the state and city governments are working to beef up the local industry by pushing forward with a slew of incentives and funding to support life sciences companies and the developers who could build space for them for them.

Still, it remains a nascent industry in the city, panelists said at Bisnow’s New York Healthcare & Life Sciences Summit last week, and the building blocks are still being put in place.

“Boston and South San Francisco did not happen overnight; it took 30 or 40 years to get there. We are at the early stages of this,” said Doug Thiede, New York City Economic Development Corp. senior vice president of life sciences and healthcare.

“One of the gaps has been having the infrastructure in place, or the right tenant space,” he said. “A lot to what our team has been focused on is working with the development community on … getting the right type of specialized facilities or specialized campuses to capture some of the growth.” 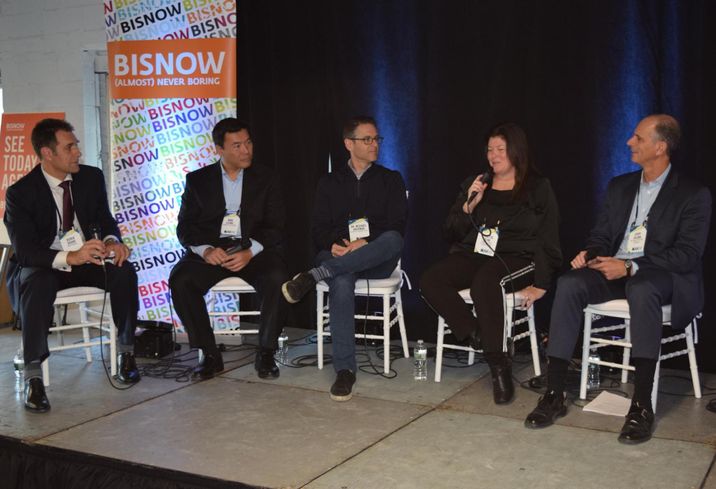 Three years ago, Mayor Bill de Blasio announced the $500M LifeSci NYC initiative, with the view of supercharging the life sciences in the city. That same year, Gov. Andrew Cuomo’s office announced $650M in state funding to spur the sector.

Thiede told the audience that the city has created a $300M tax abatement program to offset to cost of wet lab space. The city now has five commercial wet lab incubators as the result of efforts from the state, city and private sector, he said.

Meanwhile, there have been some major developments announced in the city in the past 18 months. A little over a year ago, Alexandria Real Estate Equities reached a deal with the city to build a 550K SF tower at The Alexandria Center for Life Sciences. The tower would be the third at the developer's campus on FDR Drive between East 28th and East 30th streets.

GFP Real Estate and Boston-based life sciences developer King Street Properties have announced a plan to develop 45-18 Court Square in Long Island City into a 263K SF life science property, and in May, Deerfield Management paid $345M to RFR Realty for 345 Park Ave. South, where it will spend some $290M more converting it into a life sciences hub.

The firm is expecting to fill the space with top researchers from universities. It will also host a Chicago-based health technology incubator.

Deerfield Managing Partner James Flynn told the audience that to make a life sciences cluster develop, there needs to be what he calls a “belief system” that the location has everything it needs to work.

“If you go to Boston, you believe you will get access to technology, you believe small companies and large companies will collaborate with you,” he said. “I think it's an important draw for companies.”

He said Deerfield had considered buying a site in Long Island City, but ultimately decided that being on Park Avenue South would attract the right sort of talent.

“Ultimately, this was an area that every academic institution could be part of,” he said. 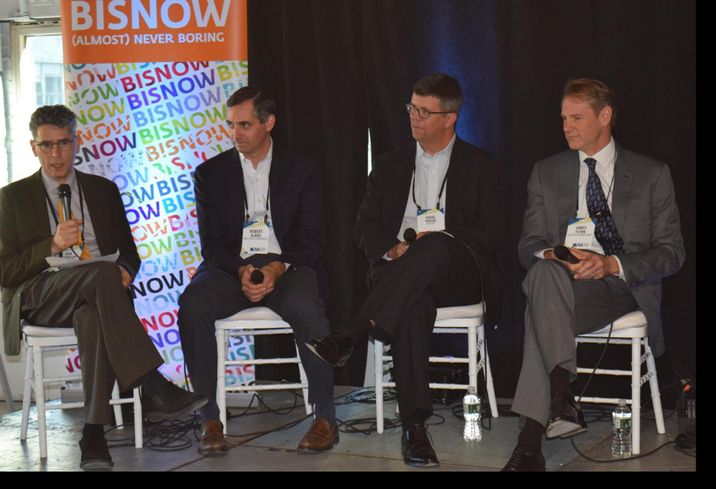 The Long Island City development community, still smarting from the Amazon rejection, is pushing to reshape itself as a life sciences cluster, and it is already seeing some signs of life in that regard.

Alexandria Real Estate Equities bought the Bindery Building at 30-02 48th Ave. there last year for $75M, and plans to convert the former warehouse into a 177K SF life sciences building.

King Street, along with GFP, is planning a $240M biotech center at 45-18 Court Square West, and King Street Managing Director Rob Albro said his company weighed advancing into New York City for about four years before it took the plunge.

“There clearly is incredible science going on; obviously, it hasn’t commercialized like Boston. One of the big components that we felt was missing was the venture capital side of things … [but] that is changing dramatically, too,” he said. “The incubators have started to open, which is obviously a precursor to companies growing … You can see the growth happening before our eyes.” 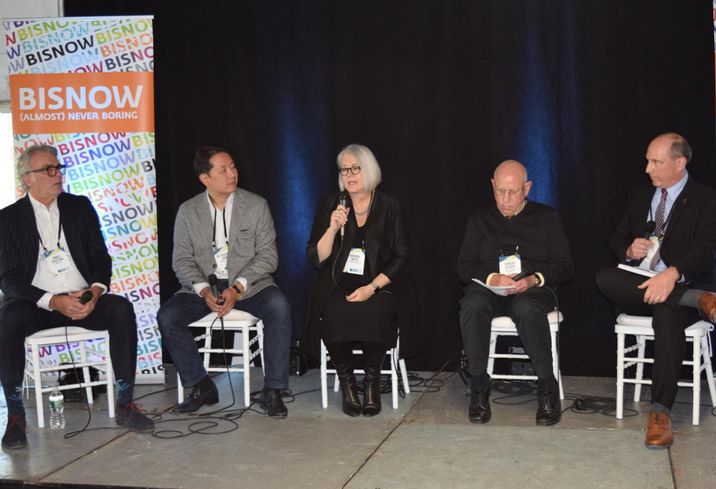 Panelists said that to really create a life sciences cluster, there needs to be the right infrastructure, world-class scientists and entrepreneurs who will bring in the funding.

Certainly, funding seems to be on the up. The National Institutes of Health funneled $1.8B into projects in New York City last year, according to a March CBRE report, an 11% increase from the year before. Venture capital funding for life science companies in the city more than doubled over that time, from $300M in 2017 to $611M last year.

Still, both the city and the state need to keep pushing to sell themselves to the broader life sciences industry, said Loretta Beine, the life science industry development director at Empire State Development.

“If we can find a way to help companies commercialize their medicine that will ... give the world a perception of New York and take the identification away from, 'Well, nobody does anything in New York' or, 'Why do we need to go to New York?'” Beine said. “You know, everybody used to say that if you wanted to do IT, you did it in California. And now we have more IT jobs in New York City.” 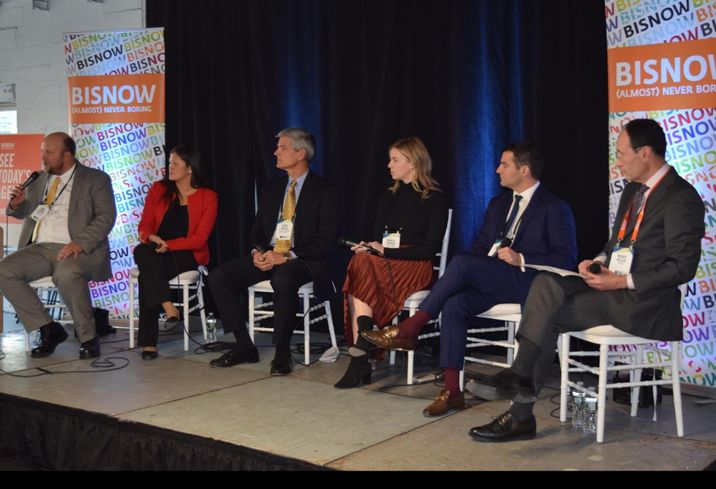 Those in lab sciences have long said that developers need to be willing to stomach risk if they are going to be able to push forward into the life sciences area.

At Janus Property Co.'s development in West Harlem between West 126th and 127th streets, for example, the company did a 10K SF deal with Quentis Therapeutics, a biotech company. But Quentis didn’t get its next round of funding to continue and is winding down, which means Janus now needs to find a new tenant for that space.

Janus Principal Jerry Salama told Bisnow that was a risk he was willing to take, and the built-out space is garnering interest from other potential occupants.

“There is a risk with everything — that someone will default. We understood that, he had a great track record but it didn’t go through. We have enormous interest in that space, and I don’t worry at all that it will be re-rented,” he said.

Quentis CEO Michael Aberman said at the event that, when he was looking for space two years ago, there was little available, and the fact that there is now so much available speaks to the health of the industry.

“What I hope is that we have people that don't get scared off by situations like ours,” Aberman said. “I do believe there there are enough companies in the formation stage that will be successful.”

CORRECTION, NOV 25 5:10 P.M. E.T: Loretta Beine is the life science industry development director at Empire State Development. An earlier version of this story misspelled her name. This story has been updated.