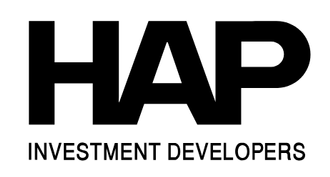 Real estate developers and investors are always on the hunt for what’s hot, and maybe more importantly, what’s not. Neighborhoods that were promising years ago are now overbuilt and overpriced. Meanwhile, new markets are emerging, ripe for development.

HAP Investments CEO and co-founder Eran Polack has made a career out of identifying and developing in emerging markets from East Harlem to Budapest. Bisnow checked in with Polack to discuss five trends defining the search for emerging markets in the New York metro area for 2019.

Polack expects the 2019 real estate market to be governed by a glut of new multifamily and residential properties and a dearth of rental assets.

“There are very few rental projects under construction in New York City right now. In the next two to three years, there will be a shortage of product, which means rent prices are going to rise,” Polack said.

Companies should look to build or pivot to rental projects wherever they see a market void. Polack suggests looking at locations where migration patterns don’t match current rent prices.

“Neighborhoods like Mott Haven in the Bronx have many people moving to them, but the supply of rental apartments has not yet caught up,” he said.

Millennials are happy to live farther from downtown as long as they are still near public transit, as evidenced by the influx of young professionals to places like Arlington, Virginia, and to neighborhoods like Queens.

Rather than building off already-crowded lines in Manhattan, though, Polack has been looking at alternative transit methods, like the PATH train and the ferry system.

“One of the most exciting new areas for development is Journal Square,” Polack said, referring to the neighborhood that surrounds the Journal Square PATH train station in Jersey City, where multiple high-rises are under construction, including a 42-story luxury rental project from HAP Investments at 500 Summit Ave.

But even in established neighborhoods like Harlem, Polack said developers’ interest in a deal should be dictated by proximity to public transit.

“New York is not like Dallas or Atlanta; residents rely on public transit,” he said. "You must look at transportation on a block-by-block basis."

Polack is bullish on the prospect of Qualified Opportunity Zones in New York City, where developers can receive tax benefits for investing in projects in economically distressed neighborhoods. Polack said developers should not underestimate the tax benefits that these zones provide.

“If you hold on to the asset for 10 years, no tax is assessed on your capital gains,” Polack said. "Those savings can be reinvested into making a truly outstanding product."

While opportunity zones cover large swathes of Queens and the Bronx, the neighborhoods that Polack is most excited about are the ones he already has experience in: Washington Heights and Fort George.

“The area around Columbia University Medical Center is booming,” Polack said. “Tax benefits are a huge added incentive that should attract new growth.”

Courtesy of HAP Investments
The Highbridge in Washington Heights, Manhattan

4. Lower Costs of Land in the Bronx, Yonkers and Westchester

Polack believes that while construction costs, the subject of much worry in 2018, will stabilize in 2019, land prices — which have been spiking for years — will continue to rise.

“Land has always been expensive in Manhattan, but recently it’s become prohibitively so. Even Brooklyn is becoming extremely difficult to develop,” Polack said.

Polack has started looking for affordable land farther afield, away from the densely populated centers of the five boroughs. He mentioned that he has been looking into the eastern areas of the Bronx, Yonkers and other parts of Westchester.

With land prices as they stand, developers may see better return on investment for projects outside the city center. Once developers find affordable land, Polack said, they should look to build rental assets for the coming shortage.

New York’s most expensive real estate markets are still rife with opportunity for developers who are willing to dive into every aspect of a budget and keep their costs low, Polack said. He credits his experience in emerging markets with being able to find a great deal even in more expensive neighborhoods like Tribeca and Chelsea.

“Every deal is different — working in emerging neighborhoods gives you a keen eye for a luxury opportunity,” Polack said. “No neighborhood should be written off completely as overpriced or overblown.”

Polack did add a caveat to developers to dedicate less of their space to retail in luxury markets, as the trend in retail has shifted toward smaller-footprint locations. He said luxury developers are better off investing in amenities, services and finishes for their tenants, as these will help set a building apart from its competitors.

This feature was produced in collaboration between Bisnow Branded Content and HAP Investments. Bisnow news staff was not involved in the production of this content.