Construction costs are continuing on their upward trajectory, according to Turner Construction Co., whose Turner Building Cost Index rose by 1.68% from Q1 to Q2, and 5.63% since a year ago. 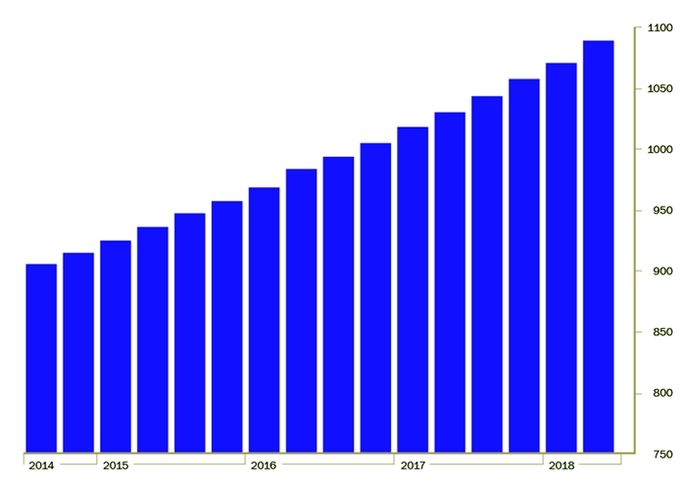 Attilio Rivetti, the Turner vice president responsible for compiling the index, chalked the increases up to the same factors that have been driving construction costs upward since soon after the end of the recession: a tight labor market, plus rising material costs.

According to Turner, construction costs as reflected by the index have been rising steadily since 2014.

The index, which has a value of 1089 in Q2 2018, measures nonresidential U.S. construction costs, taking into account not only labor and material costs, but the impact of competition in the construction market. Though Turner takes a somewhat different methodology than other construction cost indexes, Turner's is roughly in line with other reports.

Rider Levett Bucknall, for instance, recently reported that its construction cost index came in at 187.58 in Q1 2018, up nearly 4% compared with a year earlier.

The Associated General Contractors of America reported recently that construction costs accelerated again in May, up 4.2% compared with a year earlier. That organization said its calculations included steep increases for a wide range of building and road materials, including many that are subject to tariffs that could drive prices still higher. 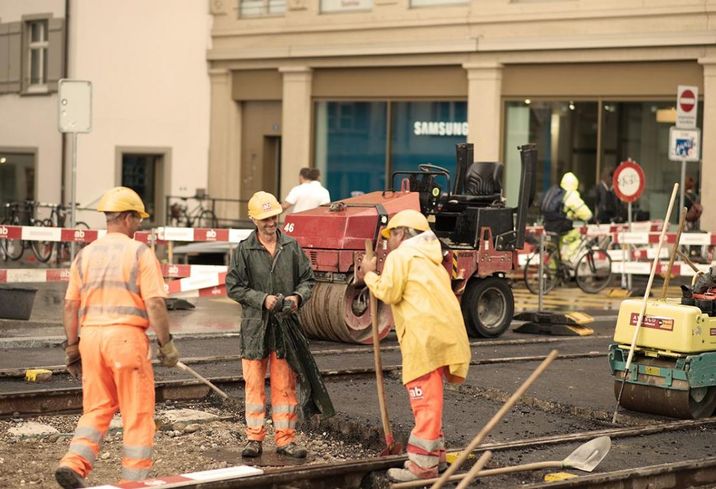 The rise in costs has contractors busy on two broad fronts: finding labor and using new technologies to cut costs.

Contractors are more active than ever in regional programs to train the next generation of skilled workers, producing a stronger workforce and setting students up with jobs postgraduation, while other companies are investing in training employees internally.

In 2017 the Federal Reserve reported that an increasing number of employers have turned to internal training and development skills programs to address the shortage in construction.

In new tech, WiredScore CEO Arie Barendrecht said at a recent Bisnow event that more developers and contractors are planning tech additions early in the development stage, versus waiting until a project is well underway. He said these “digital master plans” for new developments are cost-saving measures.