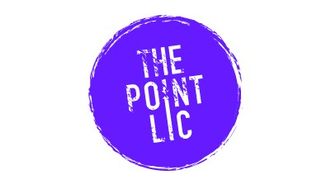 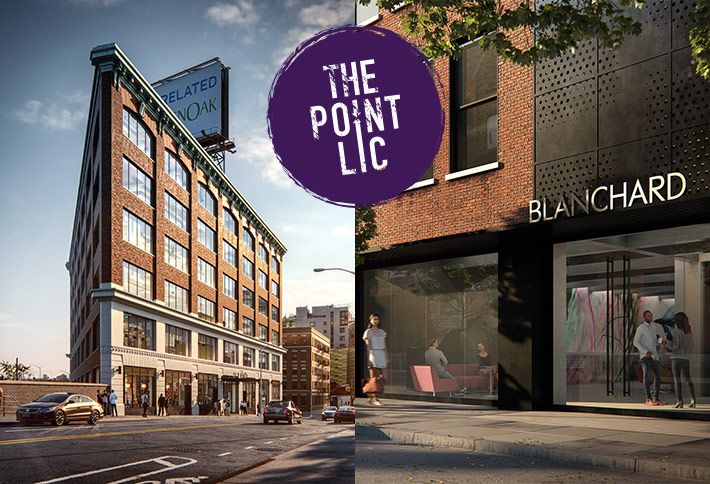 Glance out the window of a Queens-bound 7 train and you will witness the transformation Long Island City has undergone over the past few decades. A former industrial center, the neighborhood has gone from vacant plots of land and storage warehouses to luxury waterfront buildings.

The area continues to emerge as a hub for young professionals who want to live close to Manhattan without the monthly rent price tag. Median monthly rent for a one-bedroom in LIC is $3,180, compared to $3,838 in Midtown and $3,850 in Chelsea.

Now, LIC’s office sector is beginning to take off. Access to young talent and proximity to public transit has prompted more companies to move their operations to LIC. With 6,300 businesses and nearly 100,000 employees already occupying space, Long Island City has welcomed tenants like JetBlue, Macy’s and Rolex to the neighborhood. 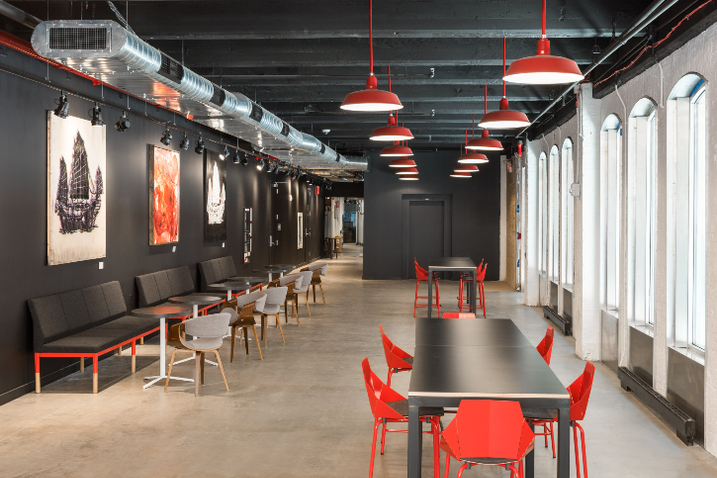 When VaynerMedia needed to find a place to house its production studio, LIC seemed like a natural fit. The digital agency landed on 43K SF in The Blanchard Building. The seven-story development, at 2110 51st Ave., is Class-A office with an indoor-outdoor lobby cafe and courtyard. VaynerMedia’s decision to move its production house to Blanchard is part of a larger goal to attract and retain talent.

“My intuition about Long Island City makes me sure The Point in LIC is going to be an amazing location for our talent,” VaynerMedia CEO Gary Vaynerchuk said in a statement. “It’s a great space, and will be easy for my team to get to and from VaynerMedia’s Hudson Yards headquarters.” 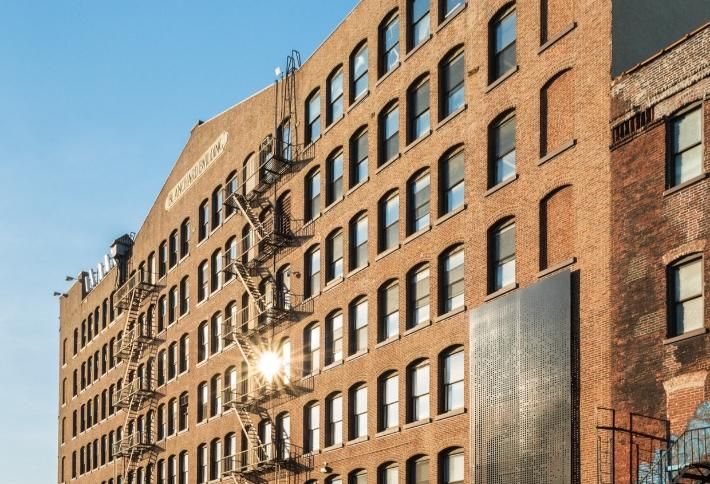 The Blanchard Building is part of The Point LIC, a commercial office and retail community owned by Related Fund Management and GreenOak Real Estate in the Hunter's Point Neighborhood of Long Island City. Blanchard’s brick exterior remains from its past life as a factory, and adds a historic flair to its new identity as a creative office.

The Blanchard Building recently underwent a $10M renovation, creating new-and-improved lobbies, bathrooms and mechanical systems, as well as an interior courtyard amenity space. With 220K SF of customizable office space and panoramic views of Manhattan, Queens and Brooklyn, Blanchard offers a convenient and cost-effective opportunity for companies looking to relocate or expand. 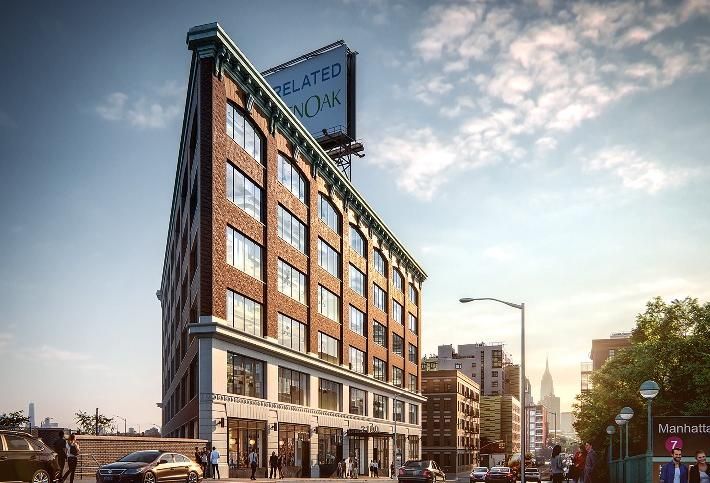 The Point LIC is also home to Paragon, a 130K SF building at 21-00 49th Ave. at the intersection of 21st Street. The building provides office space, with floor plans ranging from 14K SF to 18,300 SF. It has a penthouse roof terrace and ground- and garden-floor retail.

The Point LIC has attracted commercial tenants, from tech and media companies to financial services and healthcare firms.

Tenants are also able to take advantage of a number of government incentives that can save commercial tenants up to 50% in rent. For example, companies can reap up to $3K per employee for up to 12 years through the Department of Finance's Relocation and Employment Assistance Program. 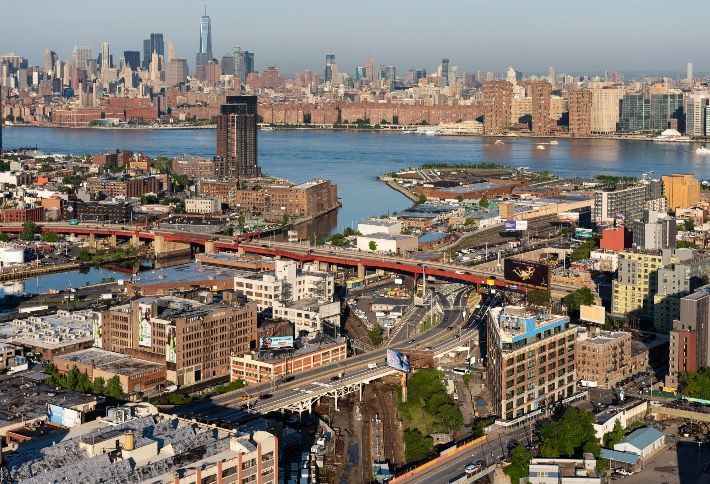 For a company deciding on an office space, location is often one of the most important factors.

While some companies might be reluctant to move their office outside Manhattan, LIC is highly accessible to commuters. For example, The Point LIC is right above the Hunter's Point Avenue 7 train station with connection to the Long Island Railroad. Commuters can get from The Point LIC to Grand Central Station in five minutes. Down the road from The Point LIC, local commuters can catch the G train at 21 Street-Van Alst Station. Long Island City is also serviced by 13 bus routes and the East River Ferry.

While LIC’s accessibility to Brooklyn, Manhattan and Long Island is an attractive element of its location, the neighborhood has become a destination in itself. LIC offers 31 arts and cultural institutions and five waterfront parks. As the fastest-growing neighborhood in New York City, LIC has attracted an influx of young professionals to the area. Companies moving to LIC are capitalizing on the local talent pool.

As young professionals and companies continue to flock to the area, LIC is becoming a new hub for creativity and collaboration.

Paragon is the event host for Bisnow's Long Island City State of The Market event. Find out more here.

This feature was produced in collaboration between Bisnow Branded Content and The Point LIC. Bisnow news staff was not involved in the production of this content.

The Point LIC
The Point LIC is a new commercial office and retail community located in the heart of Long Island City, and is comprised of two distinct commercial properties - the Paragon and Blanchard buildings. The 220,000-square-foot Blanchard offers 35,000-square-foot floor plans and a social atmosphere featuring a unique indoor/outdoor lobby café and courtyard. The seven-story, 130,000-square-foot Paragon Building features floor plans from 12,600 to 18,300 square feet, large windows, customizable layouts, two floors of retail space and a rooftop terrace with an unparalleled view of Manhattan, Queens and Brooklyn.
Confirmed! You are subscribed to the Bisnow New York E-Newsletter.
Most Read Stories
More Top Stories
Bisnow NY Newsletter
Bisnow NY Newsletter