Today we bring you the second installment in our series highlighting some of the top female leaders and influential industry players in NYC commercial real estate. We covered so many heavy hitters back in 2014 who are still doing incredible work that we picked 40 others to honor in this year's installment. We're bringing you profiles on each of these women (read Part 1 here) and will honor them at a special awards reception at 32 Old Slip on Sept. 15. 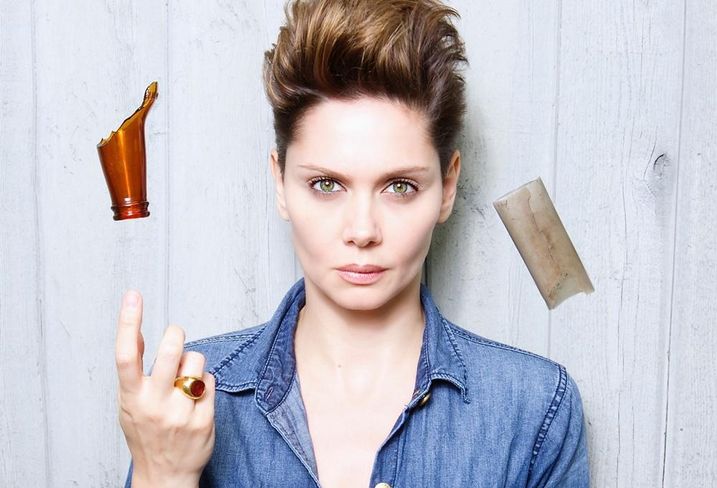 As the fifth generation in the Sorgente Group family business, Veronica Mainetti has been immersed in real estate from the beginning and has grown, literally and figuratively, with the company and the industry.

Focused on historical restoration, preservation and development, Veronica says she has immense respect for every object and building that's survived, as they represent a victory over time.

While each building comes with its own challenges, Veronica tells Bisnow, restoring these incredible structures is endlessly rewarding.

Preserving precious moments is so important to Veronica that it even fuels her hobby, photography, which allows her to slow down, treasure these moments and see the world on a more detailed, micro level.

Frustrated by the lack of women in leadership positions, Veronica says up-and-coming players should identify their passions and create their own path in the field, as she has. 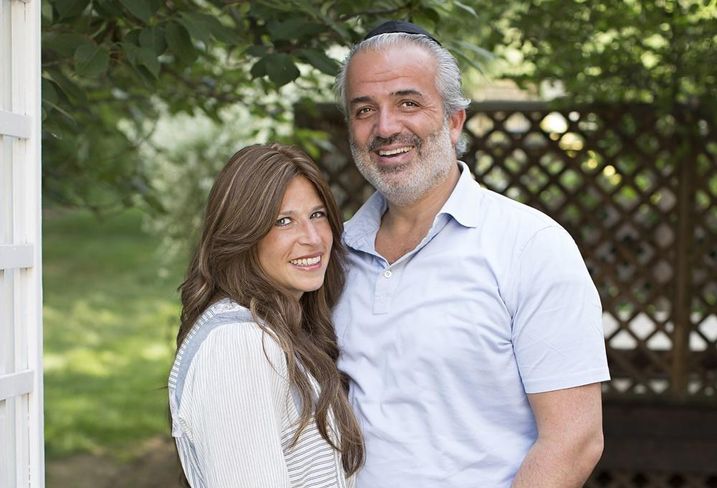 Over the course of her 25 years in the real estate finance business, Carol Shelby—pictured here with her husband—has been an active part of Meridian's growth from the ground up.

In 1991, when "America's most active debt broker" was a startup, a fresh-out-of-high-school Carol joined the team as a secretary and rapidly learned the business from the founding partners, becoming a broker while the industry was still in formation. In the following 20-plus years, she's built a loyal client base and works on a variety of transactions every day, recently closing a $165M mortgage for the owners of The One multifamily property in Jersey City.

While the ever-changing debt markets keep Carol on her toes, it's the personal and professional relationships that keep Carol's day-to-day fulfilling.

A grandmother of three, Carol says juggling work and family obligations is never easy. While she's often had to make the decision on who needs her more, she believes this prioritization has helped her become successful in both her personal and professional lives.

Carol says she's never given up or been intimidated being a female in the real estate business, and it's that "determined, fearless approach" that will help the growing number of women in CRE succeed. 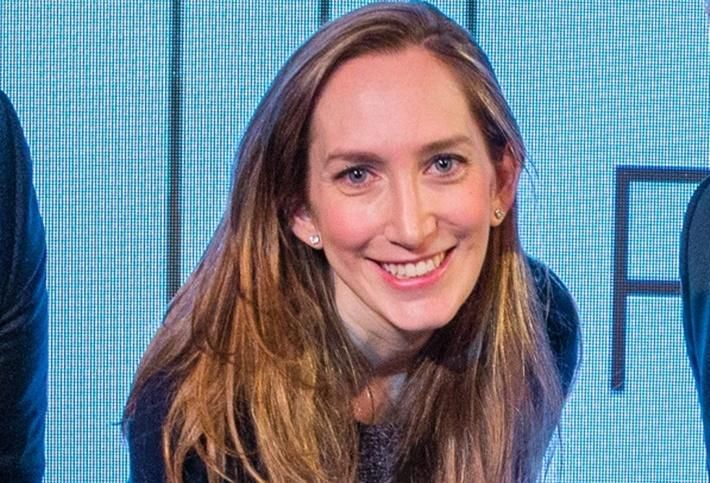 Laura Rapaport admits she originally wanted to be a doctor, but an unpaid summer internship as a leasing broker at Helmsley Spear with Earle Altman changed those plans. She was given a challenge: if she earned her license and closed a deal, she would get paid.

So that's what she did, she tells Bisnow. Upon closing a small property lease in Queens, Laura had caught the real estate bug, spending the next two summers working with Cushman & Wakefield's Tara Stacom.

The biggest symptom of the bug? The thrill of working on a development with the potential to alter a city's skyline and positively impact New Yorkers' daily routines.

Laura's currently working on one such project: the Norman Foster-designed 425 Park. When completed in 2018, the property will be the first full-block office tower built on Park Avenue in 50 years. It took Laura and her colleagues more than three years to help get that project to groundbreaking, making it one of her proudest career moments.

Laura says she’s been extremely fortunate to be surrounded by visionaries like L&L Holding’s co-founders Robert Lapidus and David Levinson, who think outside the box about New York’s aging office stock and limited new construction opportunities.

Because of her high-powered mentors, she advises others to surround themselves with similarly capable people, and to never take no for an answer. 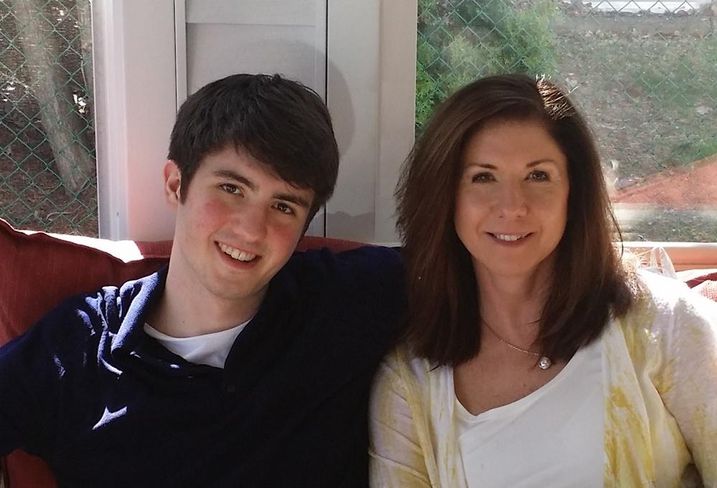 When Sam Zell himself recruits you to be the EVP and CFO of Equity Residential despite having no real estate experience, you know you're doing something right. Originally working for Fortune 50 companies like Cardinal Health and Emerson Electric, Donna Brandin (pictured here with her son) found the opportunity to work with some of the industry's brightest minds was too appealing to turn down.

"It turned out to be the best career move I ever made," she says.

Even today with the Lightstone Group, Donna's still excited by the prospect of rubbing shoulders with execs like David Lichtenstein and Mitchell Hochberg—whose creative, entrepreneurial spirit keep the industry exciting, she says—and the constant integration of Lightstone's private equity and public institutional segments to bring in strong returns.

This integration can be difficult, she says, when you consider the challenging financial regulatory environment. These days, Donna says, long-term relationships with financial institutions and market intermediaries are more critical than ever.

In fact, she says, all relationships should be encouraged for up-and-coming workers. Building and nurturing your personal support network, your breadth of work and your skill set can give you a variety of lateral opportunities that you can use for the rest of your career. 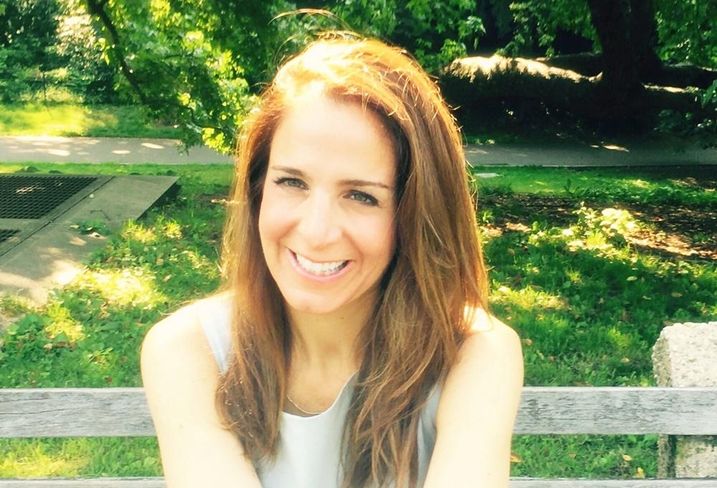 A Division I volleyball player, Laurie Grasso had the chance to head to the West Coast and play in a pro beach volleyball league. In a major feat of restraint, she instead chose to attend law school in NYC, developing an interest in real estate where her "competitive nature" could be better channeled and benefit her.

Describing herself as a "deal junkie," Laurie thrives on the energy needed for negotiating deals, completing 25 deals worth $3.5B in the last year.

With a client list that includes Savanna, World-Wide Group, Aria Development Group and several major hotel REITs, Laurie's earned clients' trust to where they run almost every development and potential opportunity by her, especially with so much uncertainty in the market right now. But this trust, she explains, isn't something that comes overnight or to be taken lightly.

In a market with as much potential, opportunity and complexity as NYC, Laurie helped build Hunton & Williams’ NYC real estate practice, which she has grown exponentially in only four years.

And for those who were worrying: yes, she still finds time for some volleyball when she's not working, spending time with her family or writing a novel. 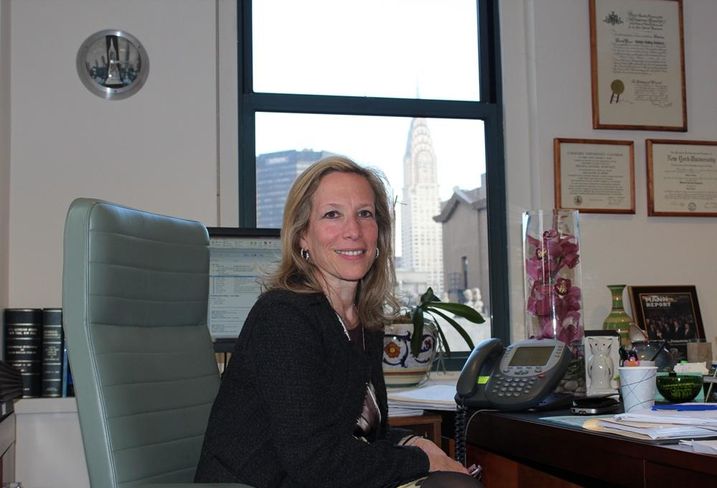 Growing up in Manhattan, Belinda Schwartz couldn't help but be fascinated by the city's evolution. In fact, the city's so close to her heart that she's a vocal proponent of improving public infrastructure, as a Metro North, MTA and NJT breakdown could do much more damage to NYC's real estate industry than interest rates ever could.

"Look at what’s going on in Brooklyn with the L train," she told Bisnow.

Belinda interned at a major developer before heading to law school, and then went to counsel real estate lenders at two firms before joining Herrick, Feinstein. She's made a name for herself as a tough, but civil, negotiator, navigating the NYC real estate industry's large sums and even larger egos.

Empathetic skills are held by many successful women, Belinda says, who recognize and fully embrace their strength, "switching from a scalpel to a sledgehammer as the situation dictates."

A big believer in the power of mentorship, Belinda says finding a mentor, or mentors, with these skills can help any newcomer grow exponentially and avoid obstacles. Another piece of advice? Read frequently and try and turn off your devices for one hour a day. Belinda's an avid reader, reading three publications every day.