L Train To Close For 18 Months Starting In 2019, MTA Announces 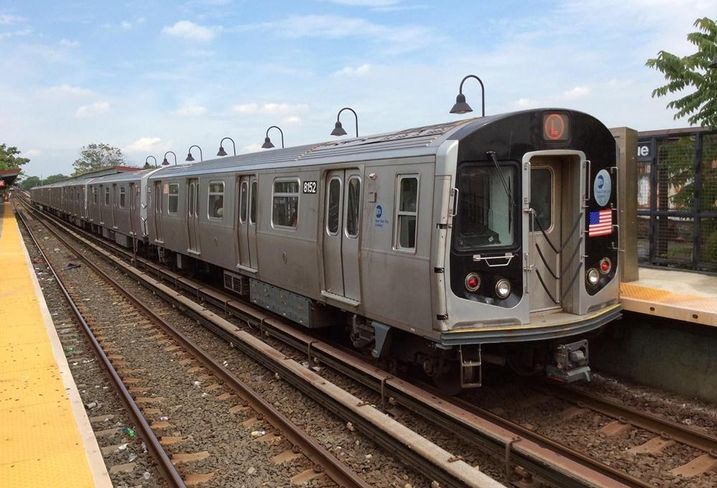 The MTA has announced it will be shutting down the Canarsie tube, the L line’s East River tunnel connecting Manhattan and Brooklyn, for 18 months in order to repair damage caused by Hurricane Sandy.

With an average of 225,000 riders riding between the two boroughs every day, the L is one of the city’s most crowded lines, with many complaining about overly packed cars and delays. Its shutdown will be one of the largest disruptions to public transit in history, the New York Times reports.

The tunnel was swamped during Superstorm Sandy and, although officials have stated that the tunnel is safe, repairs are needed to repair walls, tracks and cables.

The federal government is expected to finance most of the $800M in repairs and improvements, which will start January 2019.

While the train will still operate between Williamsburg and Canarsie, the line’s five Manhattan stops will close, as will any stops between 8th Avenue in Manhattan and Bedford Avenue in Brooklyn.

For months, the MTA was deciding between the 18-month closing and a partial three-year shutdown that would have allowed some trains to keep running, but would have reduced service by 80%. The authority had even held public forums to to explain the necessity of repairs and to get feedback.

Officials have leaned towards the 18-month shutdown since the beginning, but public support for the option has grown recently, with a Riders Alliance survey reporting that 77% of riders supported the shorter option.

While similar options were helpful when rehabilitating other flooded tunnels—such as the N and R line’s Montague tunnel, which took 13 months to fix—the L is the only convenient line for many neighborhoods, so more dramatic measures will have to be taken. [NYT]