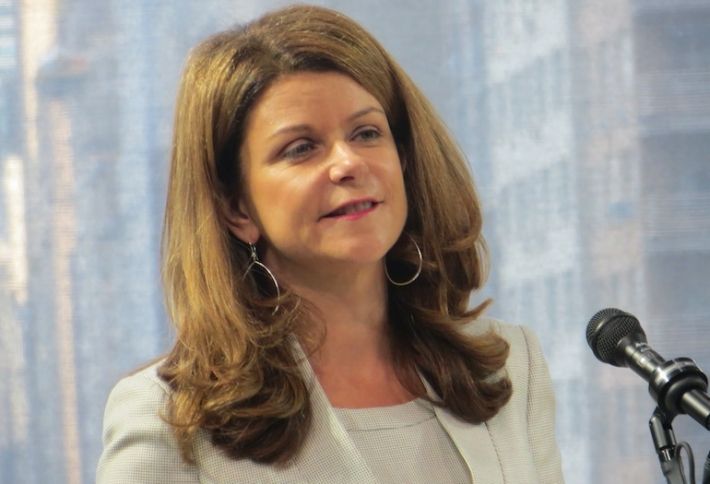 Twenty years after she joined Forest City Ratner, one year since she took over for Bruce Ratner, and six weeks after the company closed on a massive equity infusion from Greenland Group into Pacific Park Brooklyn (nee Atlantic Yards), MaryAnne is in the enviable and intimidating position of determining what her company can and should do next. It controls 16.7M SF across 42 buildings, but that’s Bruce’s legacy. The pace and development capacity MaryAnne deems feasible from here will define her own tenure at Forest City. MaryAnne came to NYC as an urban fellow and worked in economic development under mayors Koch and Dinkins, and Bruce recruited her after she helped bring Bear Stearns to his MetroTech Center. Her breakout came with Midtown’s NY Times Building: Forest City won the bid against the odds, and not only did MaryAnne get the building done through the slow period after 9/11, it has become one of the company’s jewels. 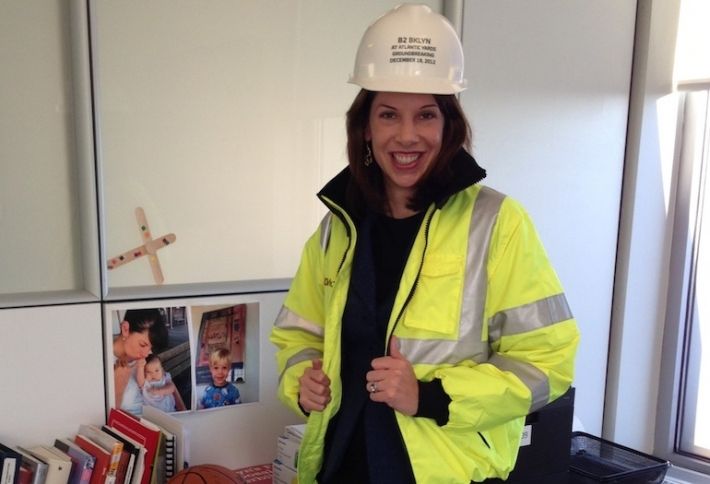 Melissa is living the dream; all she wanted to be when she grew up was a New Yorker. Now she’s helping shape the city, overseeing the revolutionary modular high-rise resi construction at Pacific Park Brooklyn and heading her company’s gig as master developer of the Cornell-Tech campus going up on Roosevelt Island. After internships with the DNC and Furman Selz, investment banking emerged as her favorite. So she worked for Merrill Lynch before putting in some time at tech startup Urban Fetch and then earning an MBA at Harvard. Real estate combined her experience in operations, finance, and politics, and she landed a gig at Forest City Ratner via a cold call 11 years ago. 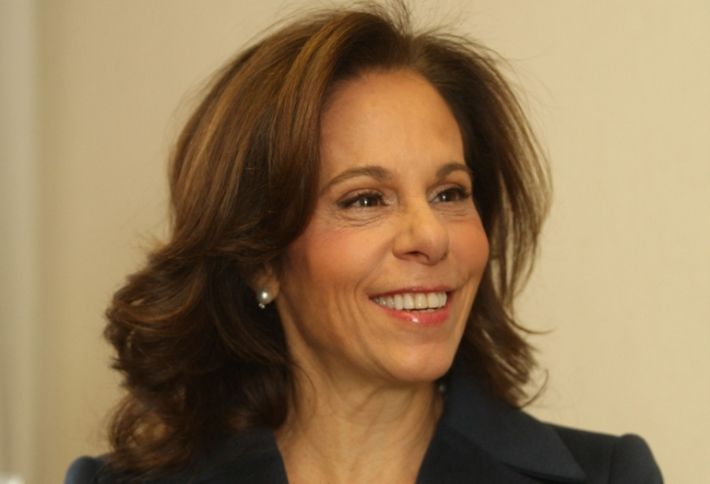 Leslie is the highest-ranking female commercial landlord in NYC. In partnership with Stephen Meringoff, she owns and operates a portfolio worth $500M. The company acquires, sells, and finances buildings suited for renovation and repositioning, and just this morning, it announced that it'll partner with Swig to buy Blackstone Group's 49.9% interest in the 215k SF 1460 Broadway and will reposition it. Entrepreneurial, numbers-oriented, adept at finance, self-made, and driven, Leslie was determined to advance in the competitive and male-dominated commercial real estate industry. In 2011, after a three-decade career that included raising two children, she received REBNY's Mendik Lifetime Leadership in Real Estate award. She founded the org's Economic Development Committee in '92 and co-chairs it and serves as REBNY’s assistant treasurer. Leslie graduated Phi Beta Kappa and summa cum laude from Penn and earned an MBA with high honors from Harvard. 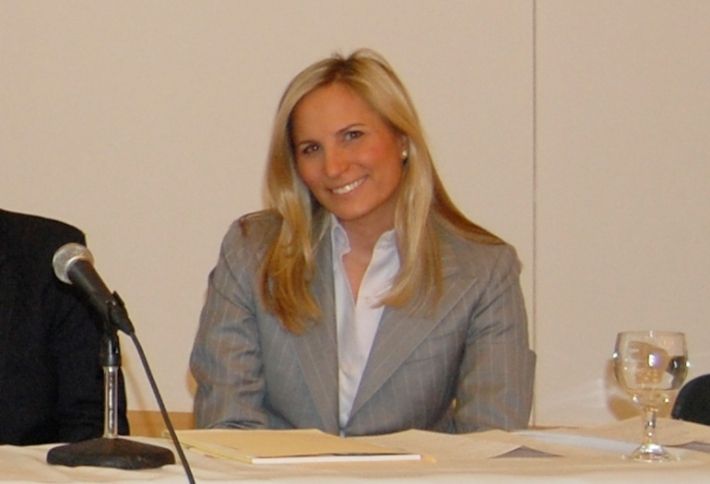 Lauren grew up on the UES, attended The Dalton School, and was a triple-major at Yale (ethics, politics, and economics). These days, she’s a triple threat via experience, savvy, and foresight. Lauren co-heads Morgan Stanley's real estate acquisitions for the US, captaining a staff of 30 within a $35B global business. She’s one of the most knowledgeable people in a market where, without knowledge, money means nothing. And she’s well armed: Within the past several years, her team has committed over $4B of equity. Notable NYC investments include the redevelopment of 10 Madison Square W and the Apple Store in Soho. Her acumen is wired in, as she grew up watching her mother redevelop NYC properties. Now, she's a mother herself—of a 2-year-old son and 9-month-old daughter. 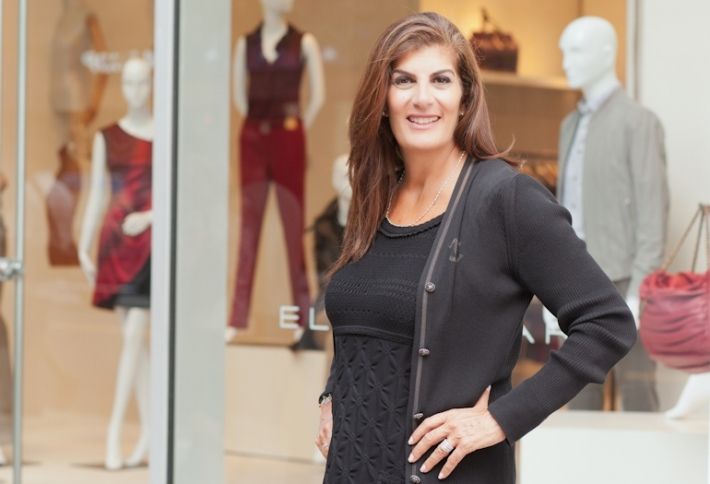 Would you lease a store in the location you’re presenting to your tenants? That—and answering their questions as honestly as you can—is the secret that’s nabbed Karen the repeat business she thrives on with prestigious retail tenants like Helmut Lang, Madewell, Rag & Bone, Kiehl’s, and Godiva. As partner of RKF founder Robert Futterman for the past 15 years, she focuses on reshaping retail in Lower Manhattan and South Street Seaport. Other projects include leasing space at Jamestown’s Milk Studios and TF Cornerstone’s West Coast, as well as in SoHo and Madison Avenue. The Ohio native is a sports nut and enjoys spinning and yoga. What also makes her happy: her mini Labradoodle, Duncan. 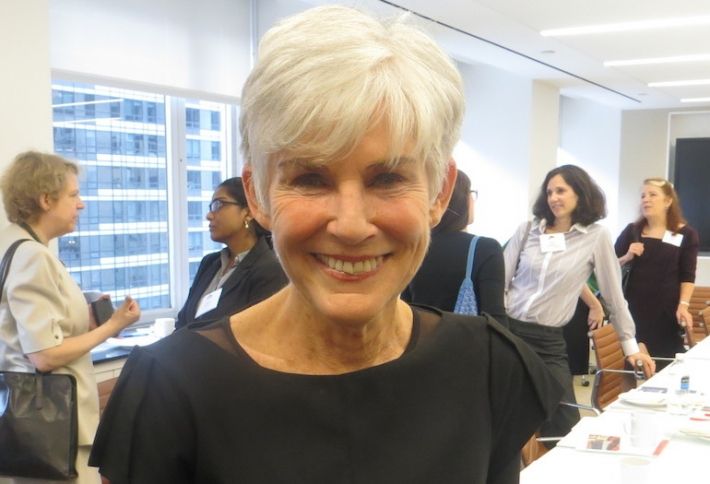 Patricia leads Rockrose's retail leasing and residential acquisitions, now focused on Long Island City’s Court Square, above which the firm’s new LINC LIC towers. Other transformative projects include 43-25 Hunter St (under construction) and the former Eagle Electric warehouse (a conversion in planning). Patricia has also been acquiring outparcels for retail and soon will announce a few restaurants. She’s also looking to land bank in Brooklyn. She came into her role by being a squeaky wheel, asking Rockrose founder Henry Elghanayan for the new position way back when. She sits on the LIC Partnership board, has a daughter entering Skidmore, is an avid fiction reader (she's hosted a book club for 30 years), and loves gardening and theater. 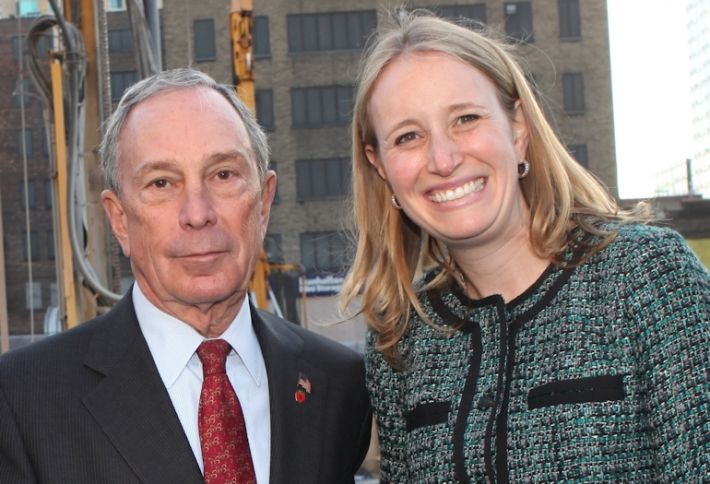 Melissa always knew she wanted to build cities, and now her dream has come true in the form of projects like the four-tower, 1,238-unit Gotham West, now leasing. After majoring in urban studies at Columbia, working at Goldman Sachs, and attending Stanford Graduate School of Business, she was hired by Gotham nine years ago to oversee development and acquisitions, including the construction of a 586-unit, 52-story tower on Fulton Street in Fort Greene near the Brooklyn Academy of Music. Melissa, who just gave birth to her third child, says one thing she’s learned is that common sense goes a long way. You need to think things through, yet still be able make quick, logical decisions. 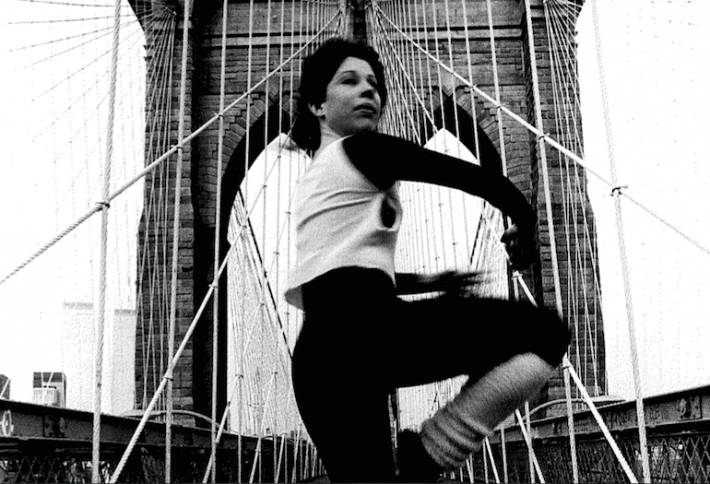 Robin came to New York in 1979 with a degree in dance, which gave her skills she used to her advantage when transitioning to commercial real estate: perseverance, bouncing back from failure, and keeping her feet and ambition en pointe. Her Lansco career began humbly as a part-time gig helping the old-school partners in retail and office leasing. Their advice: Do the right thing for the client and think long term. Robin continues to contribute to the city’s evolution, helping clients determine the highest and best uses for properties through design plans and teamwork, as well as matchmaking with the best tenants. She also does valuation consulting as an expert witness and arbitrator for landlords and tenants. She spends rare free time with her husband and two kids and travels, most recently to a wedding in Istanbul. 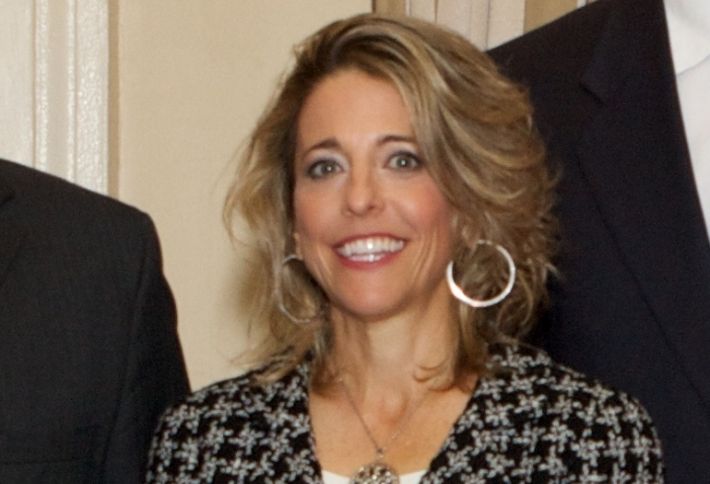 Under Pamela's leadership, residential powerhouse The Corcoran Group has grown to more than 40 managers and 2,200 sales associates and employees, with deals reaching more than $18B annually. She's expanded Corcoran by acquiring firms in South Florida and The Hamptons; purchasing Citi Habitats; and acquiring The Sunshine Group to create Corcoran Sunshine Marketing Group. She studied at UMASS and the European Business School in London, and is a member of the Young Presidents’ Org, The Committee of 200, the Partnership for New York City, and REBNY. She also supports the American Cancer Society’s CEOs Against Cancer, the Wipe Out Leukemia Forever Foundation, the USS Intrepid Foundation, and BASF Inner City Scholarship Fund. 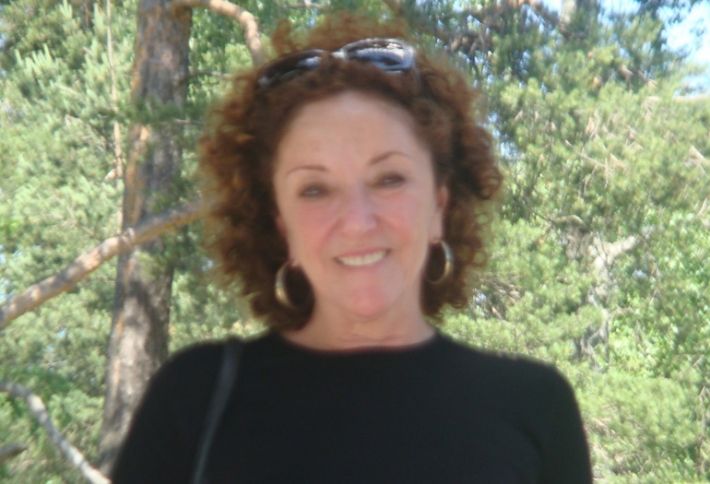 Nina started as general counsel for iStar’s predecessor in ’96 and became CIO in ’07. The NY native with a Smith College diploma and an NYU JD has worn her current title since ’08 and works closely with CEO Jay Sugarman to oversee the company's $5.3B portfolio, $1.5B of that devoted to real estate financing, the company’s original focus. She's involved in loan originations (the company has completed $35B so far) and the company's land holdings (largely master-planned, including Asbury Park, NJ’s South Grand townhomes), net-lease portfolio, and operating properties. A big deal this year: iStar and Starwood Property Trust’s $815M construction and mezz loan in Q1 for a project that will include Ian Schrager’s 451-key Marriott Edition in Times Square at 47th and Seventh.