The year is winding down, but the deals are still heating up in New York City, including more leases in the Hudson Yards district, bringing one of New York's on-the-rise supertalls to 90% committed. 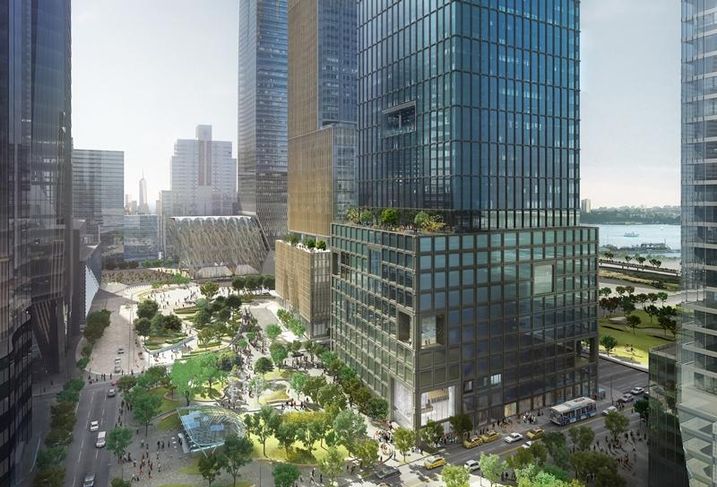 Related, Oxford Properties and Mitsui Fudosan America have signed a trio of financial firms to their 55 Hudson Yards office tower, under construction and rising to its full scale of 780 feet high with a 1.3M SF footprint. Arosa Capital Management, a hedge fund, Engineers Gate, a quantitative trading firm, and HealthCor Management, a life science investment firm, will all move to the tower next year when it opens. The three firms will take a total of 56K SF in the tower, according to the Wall Street Journal.

Engineers Gate is moving from the General Motors Building, showing the kind of buildings tenants are leaving in Midtown. KKR, Point72 Asset Management and BlackRock have already committed to major leases in Related's megaproject, and the hits keep coming. For good measure, Related also announced a retail lease with Maison Kayser, the French café, on 55 Hudson Yards' ground floor.

Mastercard will be one of the few companies in Manhattan occupying a full building when it moves its technology hub to 150 Madison Ave. The credit giant will occupy all of the building's 12 floors and 212K SF when it replaces the departing tenant, the former EMI music division, and its subtenants, like Business Insider. Landlord L&L Holding Co. was represented in-house by David Berkey and Andrew Wiener, while Cushman & Wakefield's Mitchell Barnett and Andrew Ross represented Mastercard.

Spaces, the co-working concept from Dutch office services giant Regus, has signed its biggest deal ever in Brookfield's Manhattan West. Spaces will open a 103K SF flagship at The Lofts, one of the four office buildings Brookfield is developing on the Far West Side, along with One, Two and Five Manhattan West. The building, at 424-432 West 33rd St., will reach 13 stories and now has its first tenant, which will occupy seven of those floors. JLL's Jim Wenk, Brannan Moss and Kirill Azovtesv represented Spaces, while Cushman & Wakefield's Bruce Mosler, Josh Kuriloff, Robert Lowe, Ethan Silverstein, Matthias Li and Whitney Anderson represented Brookfield.

In Hudson Square, a big advertising firm is bucking the trend of major office tenants moving to new offices. Omnicom Group has renewed its 200K SF lease at 200 Varick St. for another 10 years. The building is owned by GFP Real Estate, formerly Newmark Holdings. Omnicom Group has about half of the space in the 410K SF, 12-story office tower. Lee Feld represented Omnicom, while Jeff and Eric Gural represented GFP in-house.

Knotel, one of the city's most active office occupiers in 2017, is closing the year strong, announcing another 25K SF spread in Manhattan, this time at 400 Madison Ave. Knotel will take two full floors in the 22-story, 200K SF building, and part of a third. D.C. investment firm ASB Real Estate Investments, led by Robert Bellinger, owns the building and was represented by JLL. 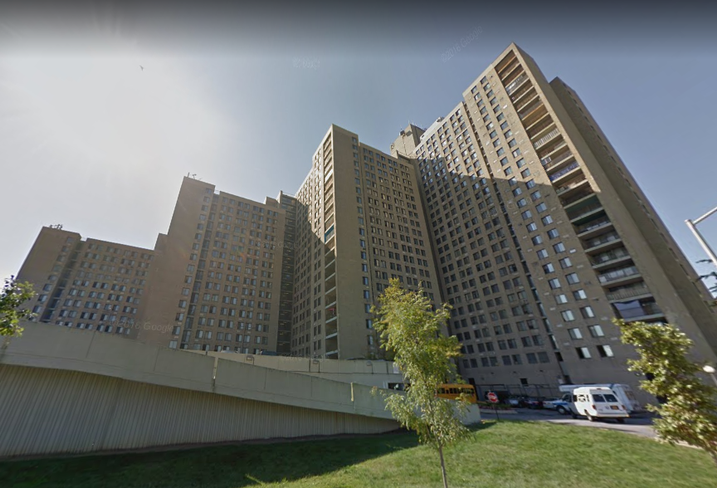 Treetop Development has closed on its $135M acquisition of the Sand Castle, a 916-unit, four-building residential complex in Far Rockaway, Queens. The buildings, which are interconnected and have an address at 711 Seagirt Ave., were sold by E&M Associates. In addition to the apartments, the property comes with eight commercial units and a parking garage. The property sits in the area of Far Rockaway that was rezoned this year to clear the path for more mixed-use developments.

Columbia Property Trust completed its purchase of the land underneath 149 Madison Ave., a 127K SF Midtown office property, which it put under contract in March. The Atlanta-based REIT acquired the land for $87.7M from the Schwalbe family, which ground-leased the building, a lease that is set to expire, alongside all the leases in the property, next month. At that time, CPT would own a fee simple interest in the property and start to undertake renovations to draw higher-priced office tenants.

Pennsylvania-based Korman Communities and its partners Shorewood Real Estate Group and Prodigy Network have purchased the hotel and commercial pieces of the Smyth Hotel in Tribeca for $72.2M. The 100-room hotel at 85 West Broadway also includes a ground-floor restaurant, Little Park.

Two years after it acquired 432 West 58th St. in Manhattan for $55M to develop a new facility, Italian bilingual private school La Scuola d'Italia has sold the property for $59M. The buyer, RM 58 LLC, is registered to Rosemawr Management, a municipal investment adviser. The school renovated the building, which it bought from Mount Sinai, to include a new facade, new classrooms and recreational facilities, a media center, a garden and an atrium. 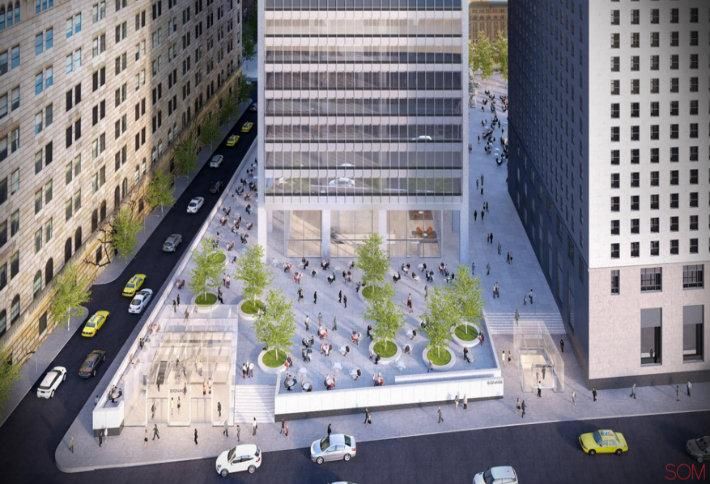 Fosun Group, the Chinese owner of 28 Liberty, the rebranded and renovated former One Chase Manhattan Plaza, has refinanced its debt on the Financial District skyscraper. Deutsche Bank led the debt round with a $450M senior note and $172.5M mezz loan, but the debt package is expected to grow to $800M over time, with HSBC, Natixis and Credit Agricole also participating. Fosun has embarked on an ambitious reno plan of the building, which includes more than 200K SF of retail, anchored by Manhattan's first Alamo Drafthouse movie theater.

Fisher Brothers and Witkoff's soaring Tribeca condominium tower has secured $445M in financing from Blackstone Real Estate Debt Strategies. The team landed the loan for 111 Murray St., once called 101 Murray St., a 792-foot-tall luxury condo building close to the World Trade Center and Brookfield Place. Construction is expected to wrap up next year, and the building, which was more than 70% committed this summer, will be ready to offer its concierge jet service to its residents.

Extell Development and Megalith Capital have secured financing for 36 West 66th St., their upcoming, 25-story condo tower on the Upper West Side. The JV acquired the assemblage needed for the development in 2015 and filed permits to develop the nearly 300K SF property thereafter. Natixis provided two loans for a combined $269.6M.

CORRECTION, DEC. 15, 10:45 A.M. ET: Korman Communities purchased the Smyth Hotel with partners Shorewood Real Estate Group and Prodigy Network. A previous version of this story did not include the partners in the deal. This story has been updated.