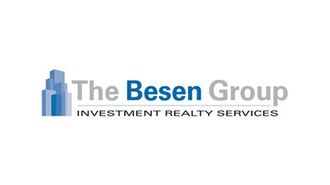 Hurricane Harvey is forecast to be the costliest natural disaster to ever hit the U.S. Widespread flood damage has experts estimating recovery at $190B, with no definitive timeline for repairs or assurance for the 80% of families whose uninsured homes sustained water damage.

CRE individuals and companies are contributing to relief efforts, and may find inspiration by looking to Far Rockaway, Queens. The ambitious plan to rebuild the area can make it a model for post-hurricane economic and community revitalization in the wake of the devastating Superstorm Sandy.

It left many in Far Rockaway despairing, without electricity for two weeks, heat for three and consequent extensive mold damage. Now, however, residents are optimistic about coming drastic improvements.

Last month, a plan to rezone 23 blocks of Far Rockaway and introduce over 3,000 residential units to the community was approved by the city council’s land use committee. More than half the units, 1,700, will be designated affordable in the urban renewal district, critical for an area where the median income is just under $28K.

The neighborhood will be transformed and activated by 250K SF of retail, 86K SF of community space and an ample 30K SF of public, open green space. The city will contribute $126M to the $288M project, which will serve to supply jobs and catalyze further and ancillary development in the area.

After Far Rockaway's boardwalk was rebuilt post-Sandy, the area has become a burgeoning hotspot for hardcore surfers, primarily West Coast transplants. Committed and fearless wave riders will get up early and even don dry suits in cold winter months to take advantage of Far Rockaway's break. Local surfboard shapers, surf lockers and bars are popping up to cater to the new niche, which is lending a cool vibe to Far Rockaway in the process.

Far Rockaway, the easternmost section of the Rockaways, has a population of approximately 60,000. The neighborhood, suburban and dominated by two-story homes, is racially and ethnically diverse, around half black, 30% white and 25% Hispanic. Far Rockaway’s landscape is dotted with historical Jewish institutions and National Historic Landmarks like the Russell Sage Memorial Church, Trinity Chapel and United States Post Office building.

“Far Rockaway is on the brink of transformation, and it’s encouraging to see the local government committing to the recovery effort,” said Besen Group Senior Director Lynda Blumberg, whose team is harnessing the local positive momentum and sentiment to market the 111K SF, six-story, 107-unit multifamily asset at 2932-2944 Beach Channel Drive.

The 1959 elevatored building boasts indoor and outdoor parking, proximity to train and bus stations, and great views of New York City and the water. The well-maintained property has rent-stabilized apartments and a roughly equal mix of one- and two-bedroom units with average monthly rents of $1,159.