The construction industry is famously slow to innovate and find new technologies to complete tasks. But the industry can't afford to delay any longer. 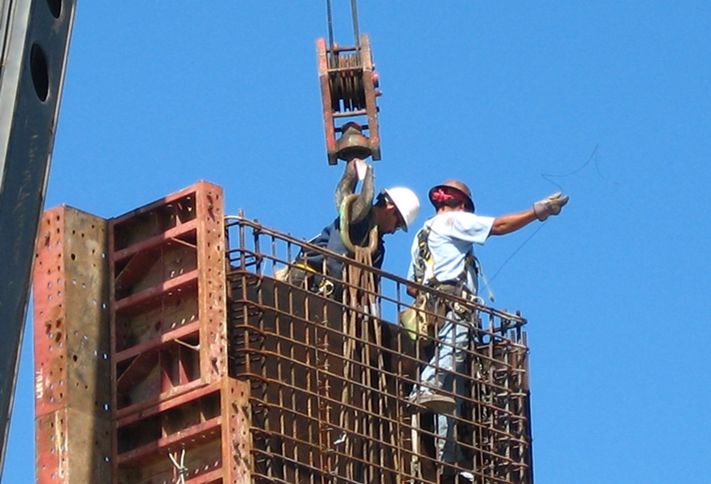 New York City building costs are the highest in the world, and amid a yearslong boom that saw construction spending up to around $62B last year, developers and builders have grappled with a shrinking labor pool.

But despite pressure from exorbitant costs, soaring land prices, a tightening workforce — plus a national housing crisis making the building of cheaper rentals now a dire need — the industry as a whole has lagged in developing technology and finding innovative answers to problems.

“We are so far behind it is absurd,” said FullStack Modular CEO Roger Krulak, whose firm makes volumetric modular buildings, which means all the modules are finished in the factory. FullStack has four projects underway in the city right now.

“Historically, construction has spent less than 2% of its revenue on R&D and tech … [But] finally, in the last two years or so, construction technology has got billions of investment.”

Krulak will be among a group of real estate and PropTech executives discussing the issue at Bisnow's NYC CRE Tech Summit Feb. 19 at 160 Varick St. 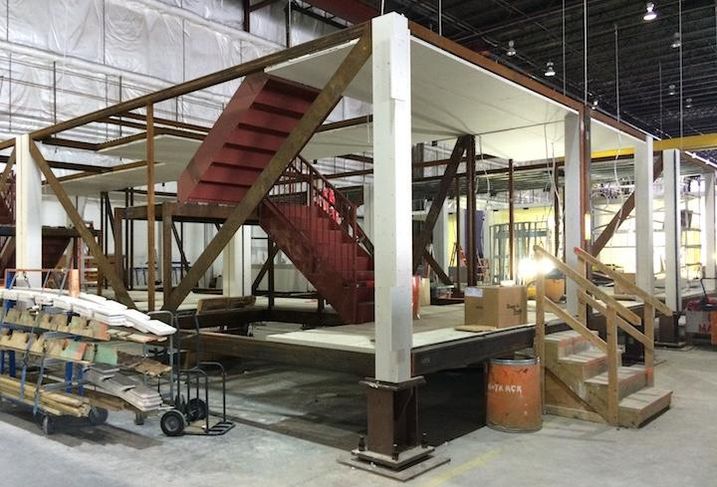 Construction has been slow to adapt because it is a vast industry, set in its ways, with hundreds of billions of dollars at stake. But change is coming, particularly because it is now late in the cycle, interest rates are rising, cap rates are compressed, and finding ways to work fast and lean is more important than ever.

“Labor is not keeping pace with demand,” Krulak said. "Almost every construction project isn’t on time or on budget. All those things drive solutions."

Advancements in prefabricated construction — where construction happens off-site and is then pieced together — is just one of the answers, Krulak said. This next cycle of development in the city will have a higher presence of prefab and modular construction than ever.

The Forest City-developed 461 Dean St. is the tallest modular building in the country, reaching 32 stories. Krulak said his firm is co-developing 20 Beach St. in the Rockaways as a prefab building financed by the city's Department of Housing, Preservation and Development, but he declined to provide specifics on other projects. He also pointed to the the AC Hotel by Marriott at 842 Sixth Ave., which is aiming to be the tallest modular hotel in the world. 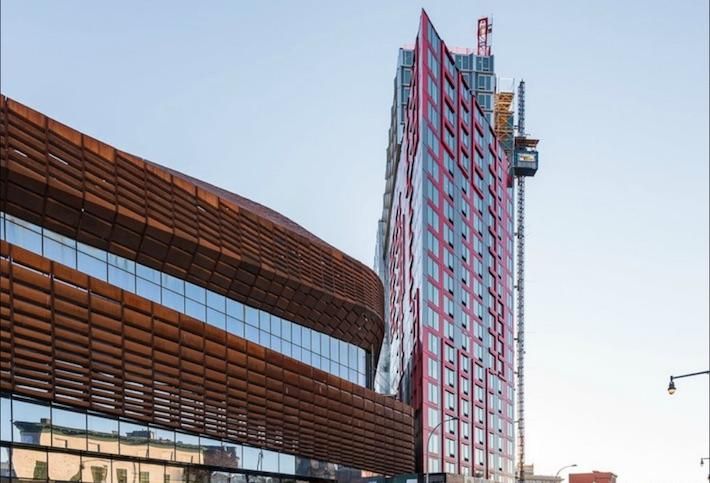 “The ROI [for prefab construction] is showing significant time saving, significant costs saving, they are able to do more projects,” DisruptCRE CEO Mariel Ebrahimi said. "From a sustainability perspective, these guys are really cutting down."

She said technology can help with risk mitigation, providing ways to know when there is a potential injury, a system malfunction, danger or simply that a machine needs fixing — all elements that will bring down insurance costs.

In the past, incorporating technology into construction was more for public relations than any real cost-saving measure, Deloitte Consulting Real Estate Technology Strategy Lead Kevin Shtofman said, but there is now a major shift afoot.

“If you were a developer who had capital and you put money to work in 2010, you were buying near the bottom of the market ... you were able to make money the traditional way, there wasn’t a lot of pressure from outside investors,” he said. “Now that interest rates are high, cap rates are compressed, there is pressure to continue to deliver similar rates of return … The only way to do that [is by] leveraging technology.”

The most promising tech development for Shtofman is in what is called robotic process automation, which refers to pieces of software code that automate tasks and transactions that would normally have to be done by a human.

That could be things like reading invoices, scraping data or paying vendors. The process is not limited to one system, so it can save money and frees up employees’ time from boring, monotonous tasks.

Shtofman said a large developer in New York City (he declined to say which) has, for the last 14 months, used an RPA process to automate the onboarding and offboarding of subcontractors. It has cut 60% of costs and meant HR could spend time on other, more engaging tasks, reducing employee turnover.

“The reason that the construction industry overall is embracing this new type of technology is that … the costs have come down enough that payback period is small and the ROI is large,” he said.

Marx Realty President Craig Deitelzweig said, in recent years, the cost of 3D modeling has come down enough for it to be a worthwhile investment, and his firm used it to get the dimensions right for the desk in the new lobby of the firm’s building, 10 Grand Central.

“In the past, you would have made it, then figured it out, or you would have just lived with it,” he said, adding the potential savings are in the hundreds of thousands of dollars.

However, he said many technology advancements that are being talked about — like robots that stack bricks and build walls — are not yet a reality, and that prefabrication doesn’t work for some high-end developments.

“Construction hasn’t been disrupted by technology yet,” he said. "It’s been helpful, but it hasn’t been to the level that has taken off and transformed."

Barone Management founder Scott Barone agreed that while there have been significant advances in the last decades that has allowed for huge leaps in structure and design, construction in the city will remain traditional for the time being.

“If you are building a warehouse in Oklahoma, you could use a robotic bricklayer … In New York City, we are working a 100-foot-wide site that is going seven stories high,” he said. “I think that some of the technology, that type of more advanced stuff will come to New York City last.”