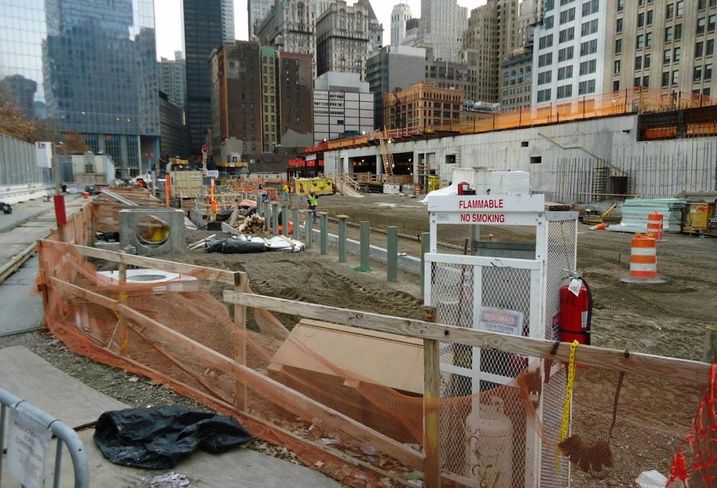 Wikimedia
A construction site in Downtown Manhattan in New York

Construction in New York shows no signs of slowing down, but the industry's labor shortage is worsening at the same time.

The number of workers employed in the construction industry across the five boroughs decreased by 1% from 2015 to 2016, according to a New York Building Congress report based on U.S. census data. Construction spending hit an all-time high in 2016 as well, and even set the record for inflation-adjusted spending since at least 1995.

Though 2017 saw a dip in construction, the NYBC predicts 2018 and 2019 to see spending rise back to 2016 levels. If labor continues to get more scarce as demand increases, spending could rise even higher as developers compete for the shrinking labor pool.

“While we have made real strides towards a more inclusive and diverse workforce, we still have work to do recruiting and mentoring women and minorities for successful careers in design and construction,” NYBC President and CEO Carlo Scissura said.

With the data collected from the last full year without Donald Trump as president, it remains to be seen what effect his anti-immigration policies and an emboldened U.S. Immigration and Customs Enforcement department could have. ICE arrests in New York City more than doubled from 2016 to 2017, though what percentage of those arrests were construction workers is unknown.

New York's construction industry is heavily dependent on immigrant labor, with non-citizens making up over 63% of respondents that volunteered their citizenship status and 40% of total respondents declining to provide their status. The first true measure of Trump's effect on the construction labor pool will come in a year's time.