When the coronavirus first reached American soil and started to spread, restaurants around the country were universally restricted to takeout and delivery. Starting in May, states took different paths to reopening businesses, and states like Florida and Arizona were among the first to allow indoor dining and bar seating to resume.

Now, as the country experiences new record highs of cases and increasing fatalities, some states are shutting down for a second time, and others are considering tightening restrictions. But restaurant industry leaders say unclear and inconsistent local policies — and a lack of a nationwide strategy — is pushing restaurants, many of which have been operating at a loss for months, beyond the brink. 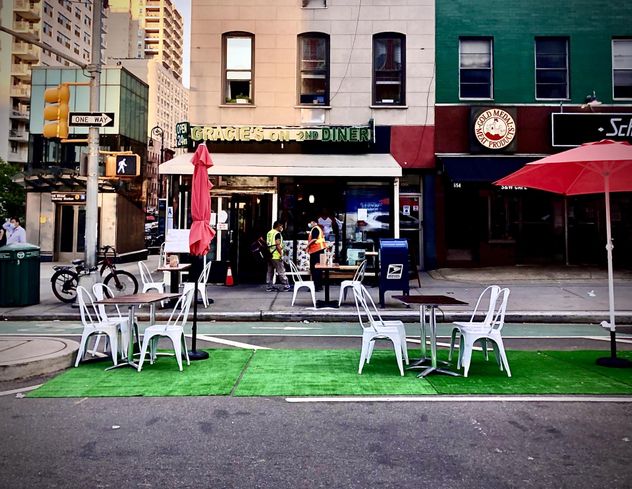 “Restaurants are not designed with an on/off switch, restaurants are designed to be run continuously,” National Restaurant Association Executive Vice President for Public Affairs Sean Kennedy said. “An industry that has on average 16 days of cash on hand was basically shut down, reopened, is now being shut down again with the hopes that they’ll be able to reopen a third time.”

Nearly a quarter of the restaurants that shut down temporarily the first time won't reopen, according to a May survey by OpenTable. Local institutions around the country have already permanently closed by the thousands.

Many of those that fought hard to survive the first wave are in danger of dying with the second: In July alone, 100,000 restaurants temporarily closed nationwide, according to data compiled by the National Restaurant Association, as coronavirus cases continue to climb, especially in the South and West.

In cities and states that have brought their case number down, navigating reopening has been a complicated and evolving array of policies and enforcement that has plunged restaurants and their owners to the center of an ongoing political melee.

In New York, Gov. Andrew Cuomo decided to postpone reopening indoor dining for restaurants July 1 in response to the country’s surge in new cases, just five days before restaurants were set to reopen. By that time, many restaurants had spent money to hire back their staff, buy new food and prepare their dining rooms for social distancing and enhanced cleaning.

In New Jersey, which similarly walked back plans to allow indoor dining, Carmine’s Italian restaurant rehired 100 staff members, only to have to lay all of them off again and get rid of the excess food ordered for the new capacity, Bisnow previously reported.

“We are an industry that basically sells nothing but perishable goods,” Kennedy said. “We are not a retailer, we are not a shoe store, we don’t have the ability to turn out our lights and the product is still there three weeks later.”

Colorado shut down restaurants for a second time June 30 after just 11 days of being reopened. The state hit 749 new cases on Saturday. The reclosing of bars has led many owners around the state to shift the way they do business and accommodate yet another set of changes, The Denver Post reported.

In Florida, a group of Orlando bars filed a lawsuit against the state after Gov. Ron DeSantis banned bars from opening but allowed restaurants to continue operating. The restaurants “can not understand why serving a certain amount of food is the deciding factor on who can stay open and who cannot,” a lawyer for the group told Bisnow in a statement earlier this month. The state has defended the measure, saying that young people gathering in bars led to mass spread of the virus that has killed more than 5,000 Floridians.

As coronavirus cases in Texas began to rise in June after the state began reopening in April, Gov. Greg Abbot reversed course, limiting group gatherings as well as capacity in bars and restaurants dramatically over a short period of time.

Southern California chef Brittney Valles said she was forced to shutter her restaurant five hours after reopening in an essay she penned for Eater last week. The state closed down for a second time after positive cases soared past their spring peak. 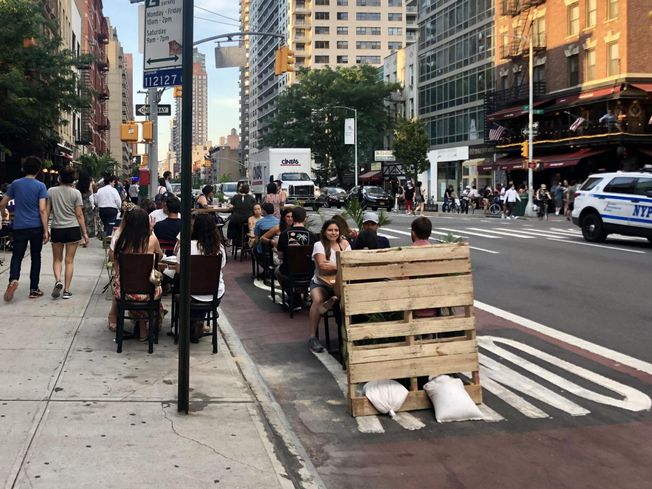 “It’s really incredibly difficult for us,” Kennedy said. “It’s very difficult to run a restaurant pre-pandemic — to try to anticipate traffic volumes, customer volumes, customer wants — and then overlay that with, ‘What is the government going to do to my business?’ creates incredible tension on a system that is stressed to the max.”

While the majority of restaurants are eager to comply with the local laws and rules for reopening — such as increased staff education, disinfecting, capacity limits and social distancing — some have experienced unofficial demands to enforce policies like mandatory mask-wearing or social distancing among patrons, Kennedy said.

Restaurants in New York are paying for their customers' missteps in these areas.

In response to maskless partying at some Astoria outdoor bars last week, Cuomo declared that food must be bought with an alcoholic beverage. After restaurants sold small food items such as “Cuomo Chips,” named after the governor as a way to navigate around the policy, Cuomo doubled down, saying that chips were not enough, saying that the food needed to be cooked or otherwise substantive, like a sandwich, The New York Post reported.

“It just seems it came out of left field for everyone,” Raffaello Van Couten, a Brooklyn restaurant owner, told the Post. "Bottom line, it’s pissed off a lot of people."

As restaurants continue to navigate a shifting maze of policies, they face mounting financial pressure: In New York, 80% of restaurants did not pay full rent in June. In Washington D.C., some restaurants have not paid rent for months and 30 have officially shut down for good — 19 in the last two months.

Many say the only way to save the restaurant industry is a government bailout, paired with help from landlords.

The industry’s national lobby has been urging Congress to include a bailout specific to the restaurant industry like the ones that airlines received in the first coronavirus relief package, Kennedy said.

In an unusual step this week, the National Restaurant Association asked the federal government for improved coordination around testing data on the national, state and local levels to aid the industry through the stop-and-go of mismatched policy across the country.

“We usually stay in our lane … but it has reached such a crisis,” he said. “What is troubling is it is only going to increase the number of restaurants that are going to shut down for good and end operations in local areas.”