New York City restaurants were dealt another major blow this week, when city and state officials walked back plans to allow indoor dining, which was supposed to reopen July 6.

Though coronavirus infections in the state have come down significantly, cases in other parts of the country are exploding to record highs, spooking local politicians who desperately want to avoid a fresh wave of the virus that has already killed more than 30,000 New Yorkers. 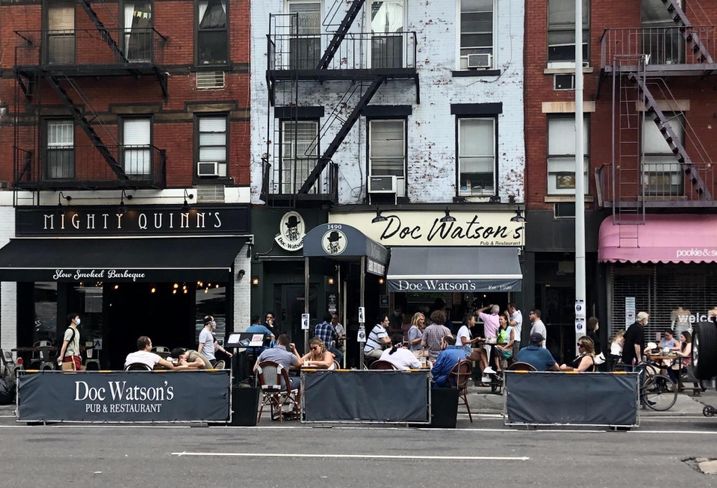 Bisnow/Mark F. Bonner
Outdoor dining will be the only seating option available in New York City restaurants for the foreseeable future.

Restaurant operators in the city have long relied on cramming tables into small, high-rent spaces. Now, they say renegotiating those leases has become a matter of financial life and death. Many are asking landlords for leases to be restructured to percentage rent — to mixed responses. Others are relying on rent abatement or deferral, and some are pinning hopes on federal intervention.

“I have seven different landlords, some are listening, some are upset, some are great — the typical American way, it’s all over the place,” said Jeffrey Bank, the CEO of Alicart Restaurant Group, which owns restaurants Carmine's and Virgil's BBQ.

“The smarter landlords are happy if we all come out of this bruised, but alive.”

Roughly 80% of city restaurants didn’t pay full rent in June, according to the NYC Hospitality Alliance, a group that advocates for restaurants in the city.

“We need the government, the banks, landlords and commercial tenants to come together and forgive rent, restructure mortgage and leases, otherwise we could see default through the system,” Hospitality Alliance Executive Director Andrew Rigie said.

He said there is simply no way restaurant tenants will be able to return to pre-pandemic rents considering the unemployment rates and lack of tourists in the city.

“Everyone acknowledges it’s a crisis,” he said. “But there’s either denial or lack of serious action.”

He said the city law that temporarily protects landlords from going after restaurant owners’ personal assets is a positive step, but said that he knows of some business owners who are already getting default letters from their landlords or lenders. 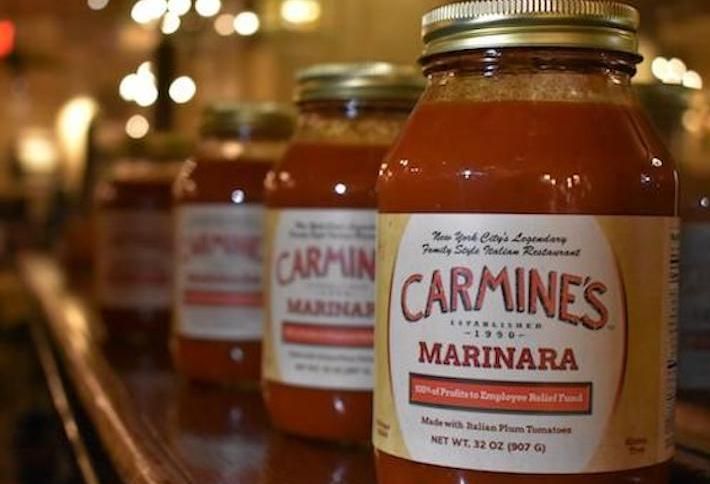 Courtesy of Jeffrey Bank
Carmine's has been making sauce in Long Island City to offer work to its employees during the pandemic.

When Gov. Phil Murphy announced on Monday those plans were off, Bank had to sack the employees again and give away the uneaten food.

“They will write a $50B check to the airlines while we wait and I watch all my friends' restaurants keep closing,” he said.

Right now, he is praying rain does not hamper outdoor dining and is putting his hopes on the recently introduced Restaurant Act, which could provide funds to restaurants with $1.5M or less normal revenue and that are not publicly traded, according to The Hill.

“They will probably pass it in August or September, but it will be too late for half the industry,” Bank said. “[Government] is throwing us Band-Aids, and we need open-heart surgery.”

Some operators said in interviews they are pushing for their landlords to switch to a rent based on a percentage of sales, an idea that is taking hold among struggling restaurants and retailers across the country.

Jeremy Wladis, the president of The Restaurant Group, which owns Harvest Kitchen and Brad's Burgers and BBQ, said unless his landlords work with him, he will soon be handing back space, a painful choice many around the country have already made.

Though one landlord is giving him “a hard time,” Wladis said the others have been understanding. At one location, he is paying no rent until the doors reopen, and will then be paying a percentage of sales — likely around 8%, though he said the details are not fully ironed out yet. 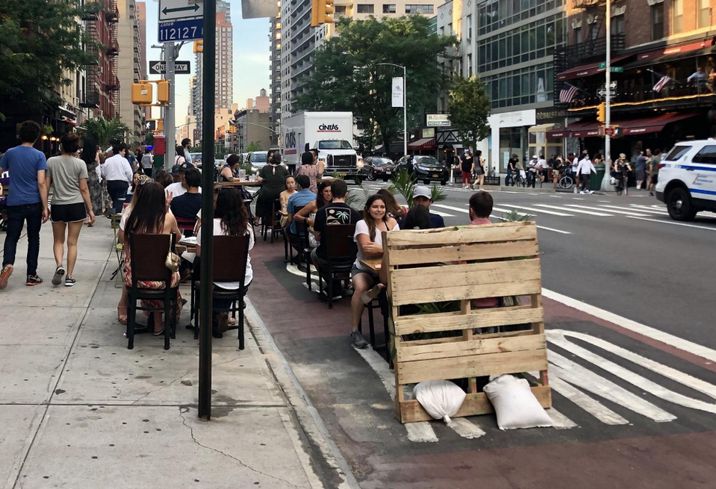 Philippe Massoud, a chef who owns ilili Restaurant and ilili Box in New York City, is in a similar position. For his three locations in the city, two of which are closed completely, he wants an abatement for the rent while the doors are shut, then to pay a percentage rent while he is operating at reduced capacity. After a year, he said he would revisit the situation.

He believes some landlords don’t like the percentage rent arrangement because they are worried the value of the building will take a hit. Others fear the restaurants will not be honest about their sales.

“Today, you have to be an absolute moron to play with your revenues,” Massoud countered, pointing out how most transactions are now recorded digitally. "I understand from peers of mine they were able to get similar deals, I have peers that are surrendering the keys. How does that benefit anyone?”

Multiple big-name landlords have pledged to do all they can to keep independent restaurants and retailers alive, pointing out their value to the fabric of a city like New York. Related CEOJeff Blau, for example, told Bisnow last month that the company is being “very sympathetic” to small shops and restaurants, but declined to give specifics. 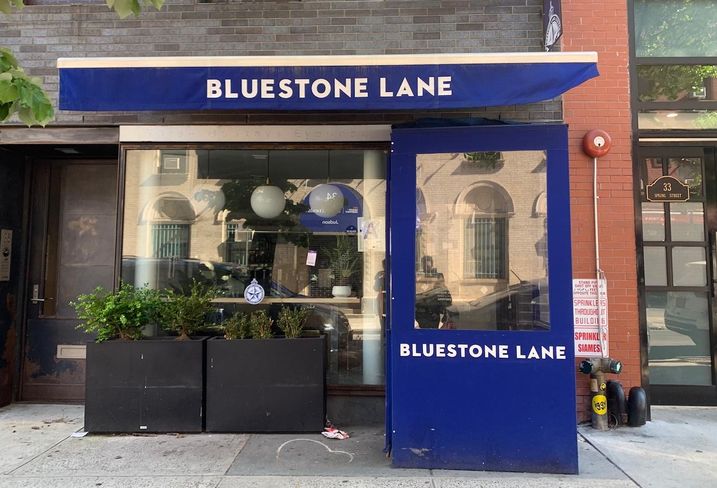 “We realize they are in a special situation and we feel for them, we are trying to work with them however we can,” said Craig Deitelzweig, president and CEO of Marx Realty, a management and development company with 4.3M SF of commercial office, retail and residential space nationwide.

He said with one food and beverage company in New York City, the company has worked out a deal for the tenant to pay a percentage rent with a floor, though he declined to give specifics.

“We don’t really like to do that. But we have done it in one instance,” he said. “We have commitments with the mortgage, we like to have certainty, and in the percentage rent circumstances, you don't have any of that certainty. It depends who the restaurant is, but with percentage rent, there’s no obligation for them to open.”

The city is closing down streets to allow for more outdoor dining space, but Melissa Fleischut, the president and chief executive of the New York State Restaurant Association, told The New York Times this week that it needs to be expanded.

“I don’t know anybody who would have the capacity outdoors that they have indoors,” she said to the publication. “The sales are just not anywhere where they need to be to make restaurants profitable.”

Nicholas Stone, the founder of Australian coffee chain Bluestone Lane, said the company has rolled out its own app that allows for pickup, delivery and dine-in so it is completely contactless.

Still, locations in business districts in places like New York City have underperformed in sales. The Bluestone Lane at 11 Times Square, which reopened last week, saw revenue 60% lower than projected, and 95% down on the same week last year. He said the firm has been working around the clock to renegotiate leases and plans to pay rent in July.

In total, he has 50 stores around the country, 33 of which remain closed, and he is an advocate of basing rents on how well a restaurant is performing.

He said while bigger landlords like Related, SL Green and JBG Smith have all been accommodating, some are still being “short-sighted.”

“I have these arguments with the landlord: We have no ability to operate in some places, and I say, ‘How can you ask me to pay rent?’” he said. “They go, ‘it’s not my problem.’ Well, asset prices have gone up so much in the last five or 10 years, it’s time now for everyone to share the pain.

“We need vibrant communities, and we need some business.”