A group of downtown Orlando bar owners is suing Florida Gov. Ron DeSantis, alleging that it was unconstitutional for him to close bars but let restaurants that contain bars remain open. 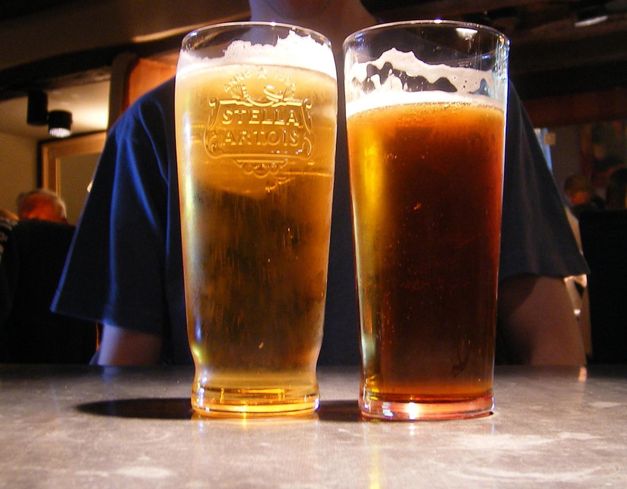 Steve Parker via Flickr Creative Commons
Should bars be treated differently than restaurants during the coronavirus pandemic?

"My clients are in favor of reducing the spread of COVID-19, but can't understand why serving a certain amount of food is the deciding factor on who can stay open and who cannot," John Dill, an attorney representing the Orange County establishments, said in a statement. "We want the court to stop this governmental overreach which is harming many citizens and not stemming the tide of COVID-19 cases in any way."

On June 26, the secretary of Florida's Department of Business and Professional Regulation issued an emergency order suggesting that young people who may have attended bars caused a spike in coronavirus cases. Per the order, establishments that received more than 50% of their gross revenue from the sale of alcohol wouldn't be allowed to serve customers on their premises. However, Dill pointed out, the order didn't stop restaurants that contain bars.

“My clients have had in place protocols, social distancing protocols, written guidelines. It seems unfair that they have to shut down when a restaurant two doors down that has a bar that’s fully open,” Dill told a local TV station. "There’s nothing about the fact that they’re serving alcohol as opposed to a certain amount of food that makes that more susceptible to the spread of COVID-19."

The plaintiffs claim the order violated their constitutional rights to equal protection and due process. Dill said his clients had complied with Centers for Disease Control and Prevention guidelines.

"Gov. DeSantis has thrown the baby out with the bathwater and prevented law-abiding citizens from making a living," he said.

A state tracker shows that 2.4 million people have applied for unemployment benefits in Florida. The state's economic problems are expected to worsen as state and federal benefits run out, and an eviction moratorium expires, at the end of this month. Harvard researchers estimate that nearly 110,000 small businesses nationwide shut down permanently between early March and early May, the Sun-Sentinel reported.

The bars aren't seeking damages — they want a temporary injunction against the government from enforcing the order and a declaratory judgment that the order is unconstitutional. Dill was hoping for a hearing this week.