It wasn't until Thomas Balkcom left work at 4:30 in the morning this past week that the full impact of Pokémon Go hit him. Just outside his Taco Mac restaurant at The Prado were some 30 people milling around the property. Because...ya gotta catch'em all. 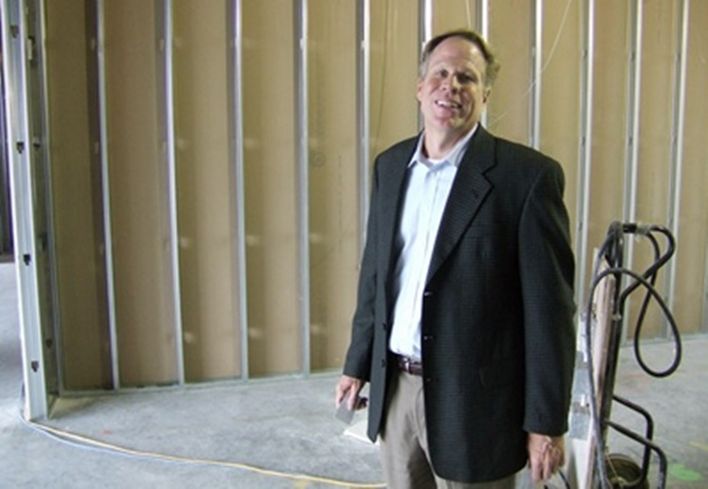 In what has become an overnight phenomenon, Nintendo released an app game for phones called Pokémon Go, which uses GPS-based technology from Niantic to detect where you are and makes Pokémon appear around you so you can use your phone's camera to catch them. The sudden surge in its popularity has some commercial real estate owners noticing. “I see people walking around all over doing it, and I mean everywhere,” says Daniel Corp's Doug Guedry. He says Daniel has seen the biggest impact with the game at The Terraces in Dunwoody. He's not sure what's there exactly, but it has some players excited. “There are people falling into the bushes, looking through the bushes. It's nuts.” 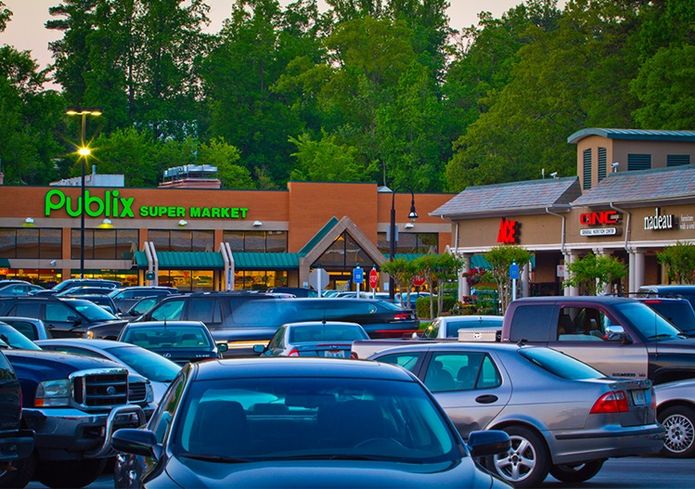 There are maps out there where people are beginning to track their Pokémon Go discoveries. And, it's probably of little surprise to find many commercial buildings are hosting Pokémon sightings. Among them are PokéStops at Perimeter Summit's fountain in Central Perimeter, Lenox Square mall, Genki Noodles and Sushi in Buckhead, the Atlanta History Center, Peachtree Battle Shopping Center (here), Center Stage Theater, the High Museum of Art, Promenade in Buckhead, and even in an Atlanta power brokers breakfast tradition—Silver Skillet, according to a recent Atlanta Journal Constitution article. 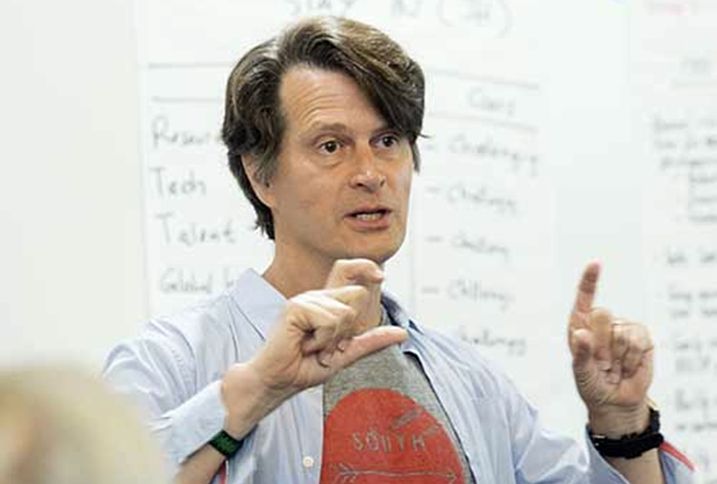 The craze is driving foot traffic and catching some CRE pros by surprise. “I saw three teens grouped together outside a park on Sunday all looking down and inward toward each other. I swear it looked like a drug deal going down,” says Cushman & Wakefield's James Phillpott. “Then I saw the phones. Pokémon hunting for sure. What a crazy world we live in.”

In its meteoric rise in usage—ranking near the daily usage of Twitter, according to this stat—Pokémon Go has some commercial real estate folks scrambling to figure ways to capitalize on the phenomenon. That's because it has managed a feat that has eluded brick-and-mortar merchants for years: turning location-aware smartphones into drivers of foot traffic. In an interview with the Financial Times, Niantic CEO John Hanke (here) said sponsored locations would provide a new revenue stream, in addition to in-app purchases of power-ups and items (which are already earning Nintendo over $2M/day). Retailers and companies will be granted the paid opportunity to be featured prominently on the game’s virtual map, in the hope of driving the hordes of Pokémasters inside their facilities. 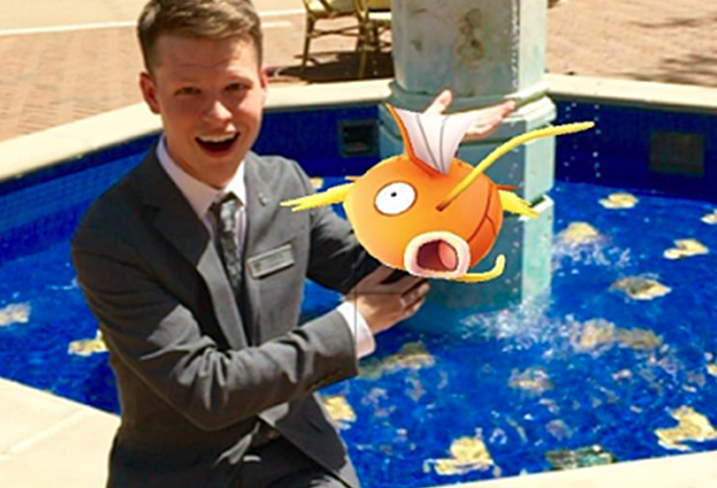 North American Properties' assistant concierge manager at Avalon Cody Bradley says his team and many of the retailers at Avalon are quickly figuring out what to do, especially since there are five PokeStops and a gym (by the main fountain at The Plaza) all on Avalon's Alpharetta campus. A Pokémon fan since 1999, Cody says he noticed a difference at Avalon. “Within a day of the game being released, we noticed people hanging out at these stops and spending hours at a time at Avalon, catching Pokémon, battling it out in the gyms and hitting the PokéStops to restock as often as possible.” Avalon has begun giving rides to players on its golf cart from PokéStop to PokéStop. And retailers are getting in on the action: Kona Grill is serving free appetizers since it's a PokéStop, and Bantam + Biddy is offering $6 Pokémon-themed cocktails. 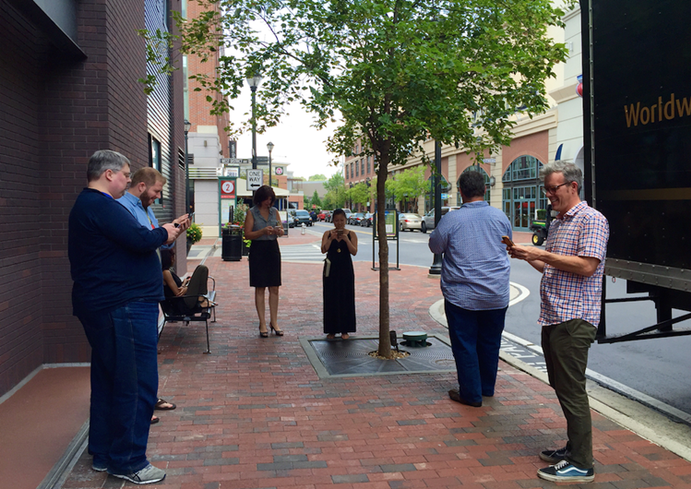 Hines Interests is meeting with its marketing teams this week about how to capitalize on the Pokémon Go craze, says Atlantic Station's social media manager Scottie Knollin. Hines, which owns the retail portion of Atlantic Station, is home to nearly a dozen PokéStops, “and is attracting a lot of users, especially around lunchtime,” Scottie says, including this group interacting along Atlantic Station's street. “Various historical spots, like the Millennium Gate and Atlantic Steel smokestack, have also seen more traffic.” 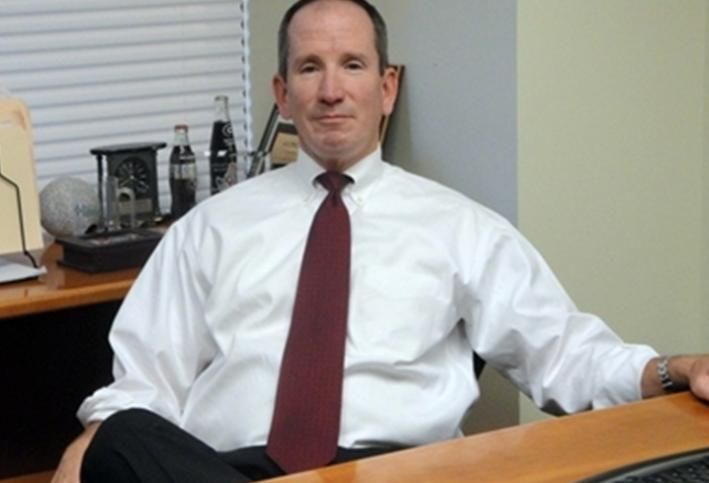 Cushman & Wakefield is getting into the act as well—in an old school fashion. The firm is using the popularity of Pokémon for a broker incentive by creating a sort of scavenger hunt for brokers at some of its listings, including Colony Square. The campaign puts real-life Pokémon plush toys in select office suites and hopes to lure brokers to take selfies with them, giving them the chance to win $5k in travel vouchers, says C&W's Andy Sumlin. “Right now, all we're doing is riding the wave a little bit [to] highlight some of our vacancies and have some fun,” he says. 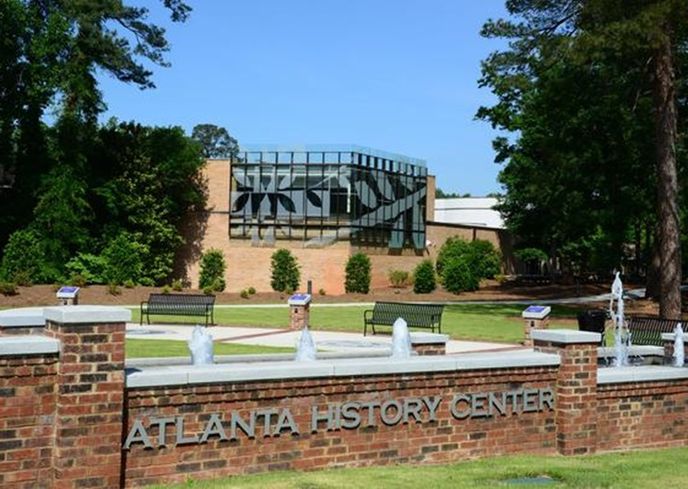 For some attractions, it's not been much of a boon. "We have seen some interest, [but] it hasn't translated into a huge boost of interest, per se," says the Atlanta History Center's Howard Pousner. He tells us that there are 12 known PokéStops and two gyms for characters scattered along its 33-acre campus. And while most of those are behind the museum's paywall, Howard says there are at least one or two stops in the public areas, including next to the Civil War cannon in the parking lot. "We've seen some folks wandering around. But we're pleased about the interest and attention."