Andy Florance On Buying STR, WeWork's Failed IPO And What CoStar Buys Next

Andy Florance has had an eye on Smith Travel Research for over a decade, ever since it bought a relative's research company.

"My aunt owned a similar business in Scotland that covered hotels in Edinburgh and Manchester and Glasgow, and I thought it was a fascinating business," the founder and CEO of CoStar Group told Bisnow in a phone interview Wednesday. "But obviously I was not going to acquire my aunt’s business."

Florance was in London, two blocks from the local offices of STR, a day after his company announced it had reached a deal to buy the leading hotel research firm for $450M in cash.

"The Smith family really had zero interest in selling the family business for a long time," he said. "So we kept a dialogue open, but it’s only really just this summer that they decided they wanted to sell the business so it would move into its next phase." 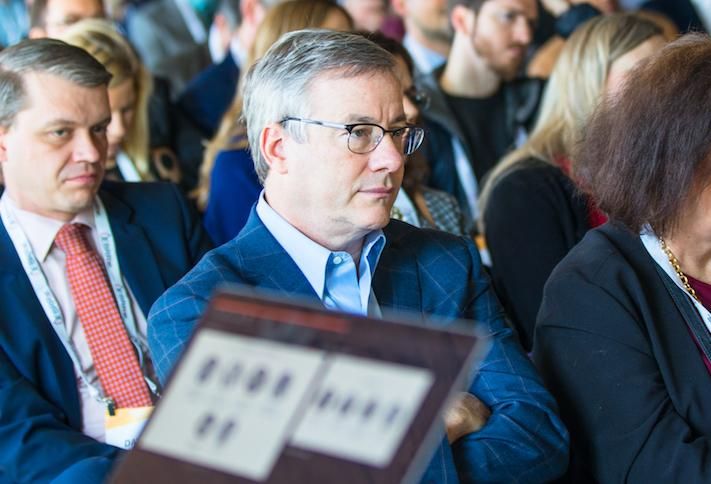 Bisnow/Alfredo Flores
CoStar CEO Andy Florance in the audience at a 2019 Bisnow event.

If the deal closes as expected later this year, CoStar, a publicly traded company with a market value of more than $21B, will add STR's 30-year trove of confidential hotel information to its dominantly positioned commercial real estate data empire.

Florance founded CoStar in 1987, gathering information on office buildings around Washington, D.C. He had one of the first companies that digitized and aggregated data on property before the internet had even been widely adopted. Randy Smith and his late wife, Carolyn, founded Smith Travel Research two years earlier, as a hotel census and data benchmarking company.

"We share a similar background," Florance said. "Both Randy Smith and I were starting companies up, doing digital real estate-related stuff back in the '80s. Not a lot of us were doing that, so there’s a shared connection there."

Both companies rose to prominence as commercial real estate moved out of the Wild West 1980s and became a more institutionalized business. As early, reliable sources of market data, CoStar and STR both rose to the top of their respective asset classes.

“To say the results of these past three decades have been gratifying would be a great understatement," Smith said in a statement. "But in the end, I’ll be most proud of knowing that so many people were able to build long-lasting careers with our company — and that, as a team, we were able to make significant contributions to the advancement of the hospitality industry. While it is hard to step aside from our life’s work and the STR family, I can do that with the confidence that this move will allow the next chapter of STR to be written.”

Florance said STR will continue to operate as a separate division of the CoStar Group, with its in-place leadership team out of the Nashville area, much in the same way Apartments.com operates out of Atlanta and LoopNet operates out of Los Angeles.

STR will still have its current offerings for the hotel industry: data about room rate, revenue per available room and occupancy, broken out by market and hotel class and made strictly confidential. That platform "is a critical function" to the hotel industry, Florance said.

"That will remain STR forever and will remain a separate company that’s focused on that requirement," he said.

Where CoStar and STR will intersect more directly is in the use of that data. CoStar will now be able to incorporate hotel data at a global — STR has 15 offices worldwide — and market level.

For each market or submarket, CoStar subscribers, who pay thousands or even tens of thousands of dollars a year for the platform, will be able to see what hotels are under construction, how much the open ones charge, their rates over time going back decades, and which ones are luxury, select service and everything in between.

"That's exactly what an investor, lender or broker needs," Florance said. "If it's commercial real estate, that will be in CoStar. If it's for hotel operations, it will be with STR."

STR has more than 350 employees, and Florance said he doesn't anticipate any merger-related layoffs. Rather, he expects to increase STR and CoStar's staffs globally, putting more people in Singapore, Tokyo, Dubai and other markets.

STR's acquisition is just the latest for CoStar, which has expanded steadily through acquisitions and organic growth since entering the public market 21 years ago. Since then, it has occupied a position of largely unchallenged dominance in commercial real estate data.

Its acquisition of LoopNet in 2012 triggered a Federal Trade Commission inquiry, which resulted in the spinning off of Xceligent to preserve a competitor in the market. Four years later, CoStar sued Xceligent, alleging theft of intellectual property. The spat escalated into an antitrust lawsuit lobbed by Xceligent, and ended a year after it began when Xceligent liquidated in December 2017.

Critics in the industry have said CoStar has developed into a monopoly, charging high prices for its services, which it raised this year, and snuffing out competition through acquisitions and litigation. CoStar has filed dozens of intellectual property lawsuits over the years, but it has contended that it spent decades building up its proprietary data, which is its lifeblood.

Florance told The Wall Street Journal the STR acquisition shouldn't trigger antitrust concerns because the firms weren't competitive to begin with. As for where it fits into CoStar's history of acquisitions — STR is its biggest since it paid $585M for Apartments.com in 2014 — Florance said that much like that pivotal deal, it is a chance to leap into an asset class it hadn't covered before by acquiring its industry leader in data.

"We presented this yesterday to the investors, and it made total sense to them. They’re like we get it, hospitality is a large CRE asset class," he said. "It wouldn’t be hard to predict that we would expand our coverage to other segments and improve our coverage in more areas. You could easily write out a list of 10 other categories with capital flows that you can call real estate." 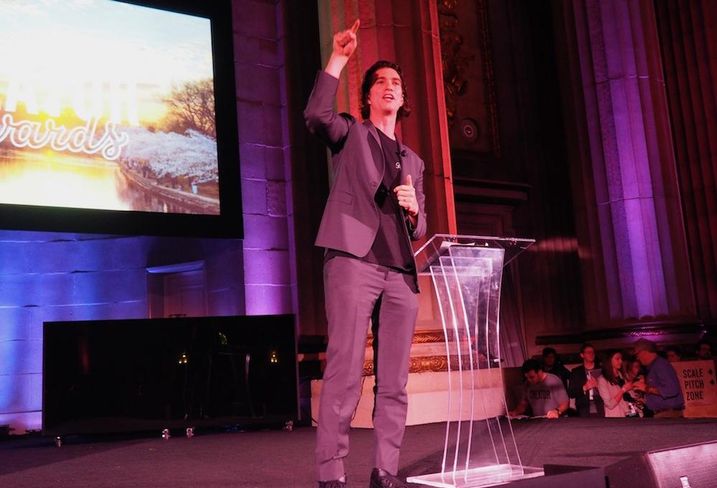 When Florance took CoStar public 21 years ago, the company raised $22.5M selling 3 million shares at $9 each. After markets closed Wednesday, its share price was $587.15 after starting the year priced below $350.

CoStar wasn't making a profit when it went public, Florance said, something his company shared with a recent high-profile attempt at going public in real estate. WeWork filed its initial public offering prospectus in August, but by the last day of September, its CEO had lost his job, its valuation was slashed and the IPO had been pulled.

"The advantage we had was we could clearly show strong profit margins in markets we had been in for more than two years," Florance said. "They’re telling the same story but with a very different conclusion than we did."

WeWork's founder, Adam Neumann, was lambasted for his possible self-dealing, millions of dollars in selling shares, expensive taste and erratic behavior. Florance couldn't help but chuckle at the contrast in lifestyle when he was leading his startup to the public marketplace.