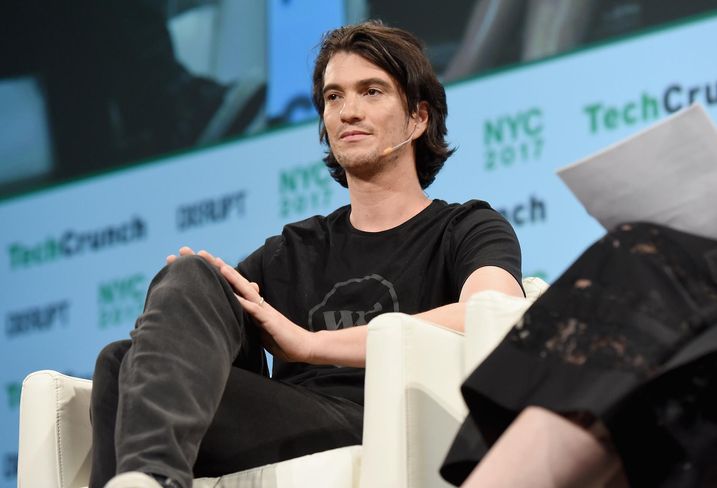 Adam Neumann has resigned as CEO of WeWork, the company he co-founded in 2010 and built into a global force.

“While our business has never been stronger, in recent weeks, the scrutiny directed toward me has become a significant distraction, and I have decided that it is in the best interest of the company to step down as chief executive,” Neumann said in a statement. “Thank you to my colleagues, our members, our landlord partners, and our investors for continuing to believe in this great business.”

After The We Company filed the prospectus for its initial public offering, investors expressed particular concern in Neumann's unusually strong ownership position and his history of tying together his personal financials with that of his company, the Times reports.

The attention on Neumann didn’t stop at his financial relationship to The We Company. His leadership style and reputation for excess came under fire as well, peaking with a WSJ report last week detailing his cannabis usage on international flights as one in a string of incidents that showed his erratic management style.

Neumann co-founded the business in a partial floor in a SoHo office building with Miguel McKelvey, WeWork’s chief culture officer. They grew it from that one location to a portfolio in the hundreds in 29 countries, changing the face of the modern office market in the process. But as the company has grown, it has swallowed extraordinary losses.

WeWork lost $1.9B in 2018 alone, and in order to meet its growth targets was hoping to raise more than $3B with the IPO, which would have unlocked $6B in new debt. It is unclear what will become of the IPO — which WeWork previously said is on track for 2019 — or how a reduced valuation could affect its ambitious growth plans.

Its most recent private raise of equity came from SoftBank and valued WeWork at $47B. After meeting with Wall Street investors since its August prospectus, it has reportedly slashed that projected valuation by more than $30B.

Neumann is the biggest name to lose his job at WeWork, but he’s far from the only one. Two of WeWork’s highest-ranking members of its real estate division, Wendy Silverstein and Sarah Pontius, left the company this month. Since July, the company has lost Vice President of Communications Dominic McMullan, Chief Communications Officer Jennifer Skyler, Chief Brand Officer Julie Rice (who had previously co-founded SoulCycle) and Global Head of Business and Financial Operations Ted Stedem, according to The Real Deal.

“We would like to thank Adam for his vision and his passion in building WeWork over the past 9 years,” Minson and Gunningham said in a joint statement. “It is an incredible honor to lead WeWork during this important moment in the company’s history. Our core business is strong and we will be taking clear actions to balance WeWork’s high growth, profitability and unique member experience while also evaluating the optimal timing for an IPO. We are committed to the continued success of our members, partners, employees and shareholders on this new journey.”