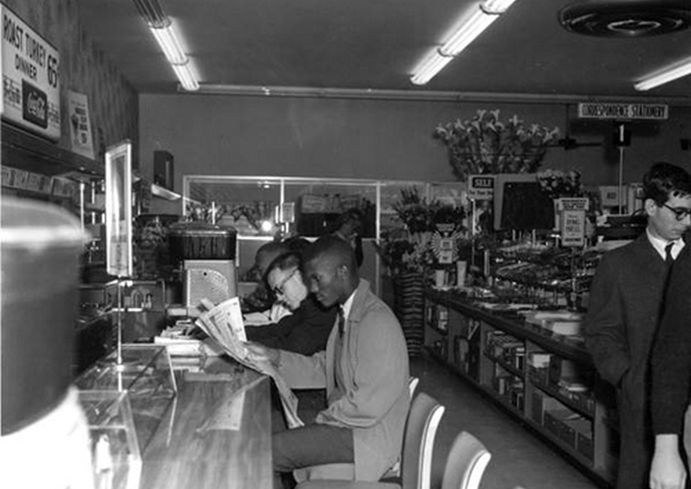 Nashville restaurant entrepreneur Tom Morales is on the verge of opening Woolworth on 5th, which includes his effort to restore the lunch counter of the Woolworth Building in Downtown, site of momentous sit-ins during the civil rights era.

Morales' goal is to make the space looks as much as possible like it did in 1960, while offering a present-day soul-food-inspired restaurant and a live music and event venue paying homage to Nashville's civil rights history.

“We should save this history," Morales said. "We should identify, embrace it and make sure that it stays."

At 221 Fifth Ave. North, the Woolworth Building was completed in 1930 and is a registered historic site as part of the Fifth Avenue Historic District. One of the original five-and-dime stores, F.W. Woolworth offered discounted merchandise as well as an inexpensive lunch counter that, before 1960, was segregated.

On Feb. 13, 1960, 124 students from Nashville’s historically black colleges walked into Woolworth as well as other counters at Kress and McClellan, sat down at the white-only lunch counters, and asked to be served — to no avail. Their goal was desegregation.

Their peaceful protests intensified in the following weeks, and were met with violent resistance, until May 10, when Nashville became the first major Southern city to begin desegregating its public facilities when six Downtown stores, led by Harvey’s and Cain-Sloan, opened their lunch counters to African-Americans.

In early 2017, Morales' company, TomKats Hospitality, took possession of the first floor, mezzanine and basement level of the Woolworth Building, previously a Dollar General, and began work on restoring it. Much of the original architecture has been preserved, including the upper level mezzanine, gilded handrails and wall accents, and hand-laid tile.

Parts of the 18K SF space that could not be preserved were re-created to echo the style of the past: flowing staircases, the rebuilt lunch counter, wood-paneled walls, turquoise colors and an Art Deco-inspired vibe.

The menu will be inspired by traditional Southern dishes fused with contemporary cuisine, according to Morales. Events there will not just include music, but also dancing, spoken word and plays.