With $5.2B Transit Plan, Mayor Berry Proposes To Reinvent Getting Around Nashville 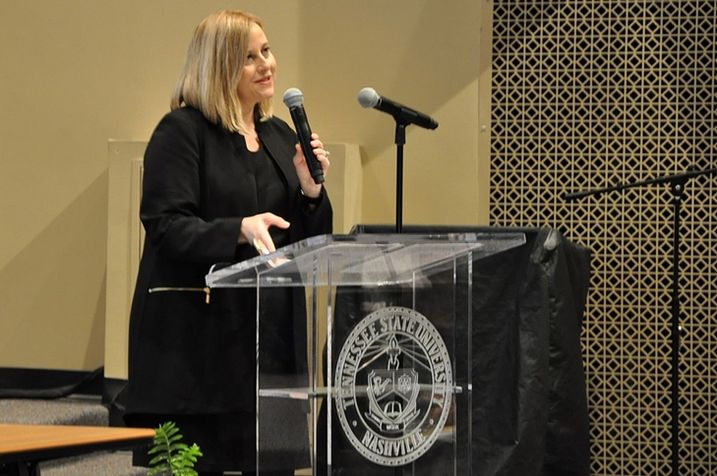 Mayor Megan Barry unveiled a proposal on Tuesday for a $5.2B revamped mass transit system for greater Nashville that, if enacted, would be the most expensive and complicated project in Metro history, the Tenneseean reports. Like any proposal of this scope, it faces an uncertain future and probable changes by other policymakers.

As proposed, the system would involve a combination of expanded bus service, light rail and a major tunnel below Downtown Nashville that would be the nexus of the city’s new transit lines.

To pay for the massive public project — long a sticking point for any transit ideas in the area — the mayor wants residents to approve four separate tax increases via referendum in May.

To compare, the highest local sales tax in the nation is in Chicago, at 10.25%. Birmingham and Montgomery, Alabama, are also higher, at 10%.

By fiscal 2019, the increase would generate 80% of the revenue needed for the project. Other tax increases would be to the hotel-motel tax, car rental tax, and business and excise tax.

“This comprehensive transportation solution will connect more neighborhoods with each other and open the door even wider to the city’s job, education and entertainment centers,” Barry said in announcing the plan. “We will make sure that no one is left behind.”

The project will take 15 years to complete in its proposed form, with improvements to bus services kicking things off in 2019. The first light rail line would take considerably longer, not opening until 2026. Ultimately lines would run on Gallatin Pike, Nolensville Pike, Murfreesboro Pike and Charlotte Avenue, and there would be a direct light to the airport.

New rapid bus lines would run on Dickerson Pike, Hillsboro Road and West End Avenue, and there would be a route that goes to Bordeaux.

The 1.8-mile Downtown transit tunnel, which by itself would cost nearly $1B, would be used both for light rail and buses.