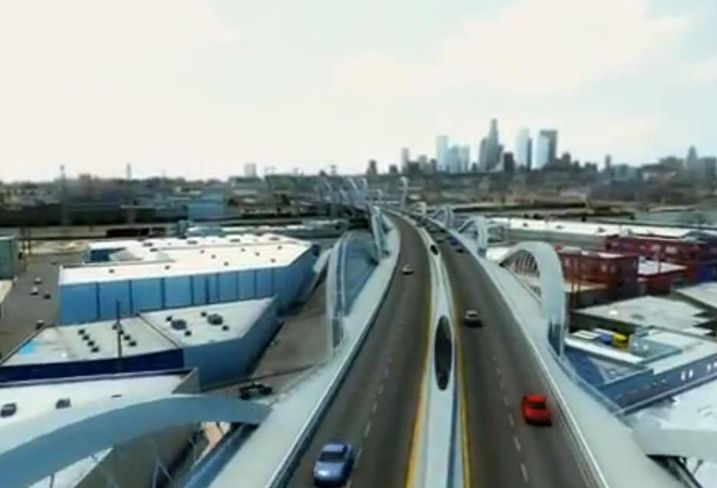 It looks like the Sixth Street Bridge will be around for longer than expected.

Demolition of the bridge, which crosses the LA River, was originally scheduled to begin this month. It's being replaced with a new $420M span because the concrete on the 3,500-foot-long bridge is deteriorating, which could make it vulnerable in the event of an earthquake, according to Eastsider LA.

Preparations have already begun for traffic improvements and detours. People in the area will soon have to find alternative routes for getting across the river for at least the next three years, according to city officials.

The bridge, whose official name is the Sixth Street Viaduct, was designed by LA architect Michael Maltzan (designer of One Santa Fe) and was built in 1932. It connects the LA Arts District and Boyle Heights. The $1.35B LA River Restoration project will also create recreational uses along the Arts District’s riverbank—a proposed venue in LA’s bid for the 2024 Summer Olympics.

The demolition should start within the next couple of months, according to the Department of Public Works. The bridge is scheduled to be demolished over the course of nine months. [ELA]