There are a lot of changes coming to Downtown this year, and it has started with a bang: Multifamily construction is complete on the massive 438-unit One Sante Fe mixed-use project, which runs 1,624 feet long in the DTLA Arts District. Quick math review: that's nearly a third of a mile. And the transformative project already is garnering some attention, as retail tenants are pouring in. 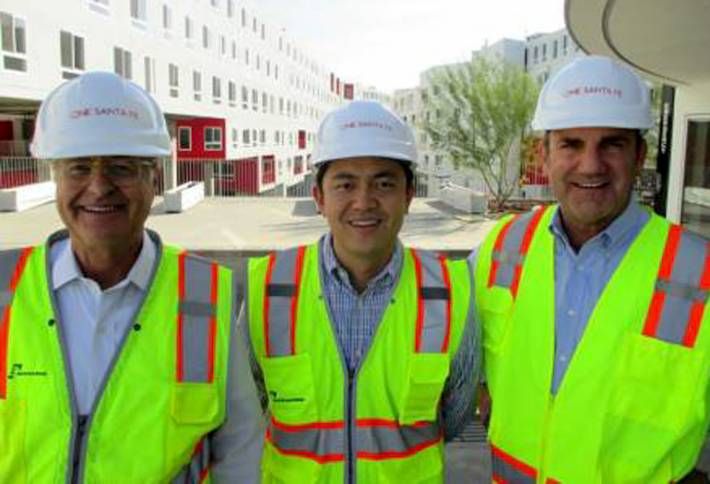 The project, developed by a JV of  Canyon Capital Realty Advisors, The McGregor Brown Co, Cowley Real Estate Partners and Polis Builders, also announced some major retail tenants (more on that later). The first phase of the project opened in September, and it already has more than 260 leases. (Here's developer/investors Bill McGregor and Chuck Cowley bookending money man Frank Liu of Canyon Capital, which provides the bulk of the equity along with Goldman Sachs.) We first told you about the project in November, which is only one of a number of developments slated to open this year that will change the face of Downtown. 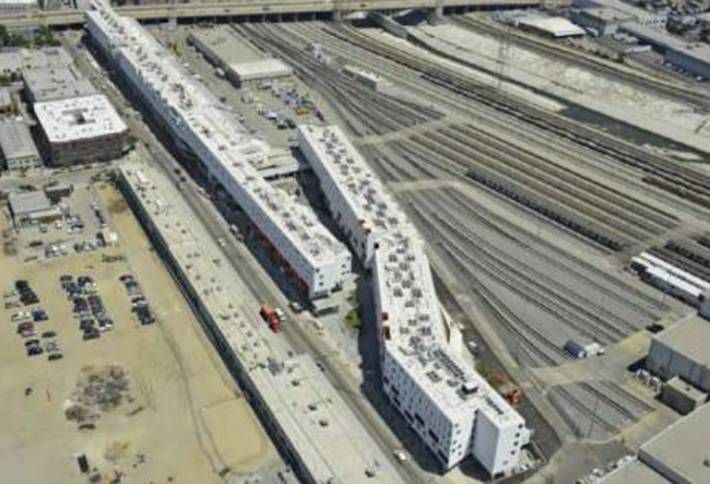 The project was built by Bernards and runs up against the old MTA, Amtrak and MetroLink tracks, some of which date to the 1800s. Architect Michael Maltzan designed it almost looking like train tracks. Rents for the project, which includes studios, one- and two-bedroom units, range from $1,580 to $4,530. And interiors include some snazzy features, such as stainless-steel appliances, quartz stone counters and panoramic views of LA. On the third floor, community amenities include a clubhouse, a zero-edge pool and a circular gym that contains an elliptical yoga and spinning studio. Then there's an outdoor movie theater. Seriously. 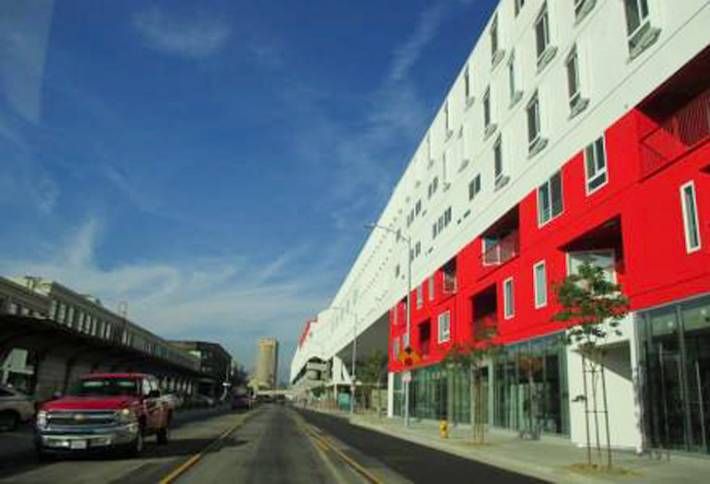 One of its major commercial tenants has also begun moving in: Metro is taking 35k SF of creative office space in a portion of the project’s ground floor. In addition, The Yards, a collection of 25 retail shops, restaurants and community art spaces, has announced tenants, including Manhattan Beach-based GROW Market; skin and hair care firm Malin + Goetz; and Wittmore menswear. And with the trend of Millennial projects being highly walkable, One Sante Fe is about a quarter mile from the Metro Gold Line Light Rail Little Tokyo/Arts District station.