With Office Development As Its Cornerstone, Springwoods Village To Expand Retail, Residential To Create An 18-Hour Environment

Springwoods Village has found its niche by curating a mixed-use environment for upscale, business-class tenants. Anchored by the Exxon Mobil campus, the 2,000-acre mixed-use development has a number of stabilized office buildings, up to 5M SF, while other office markets have a glut of space available.

"Five years ago, [Springwoods Village] was on a piece of paper," CDC Houston Executive Vice President Warren Wilson said. "Everything we talked about is falling into place as we planned." 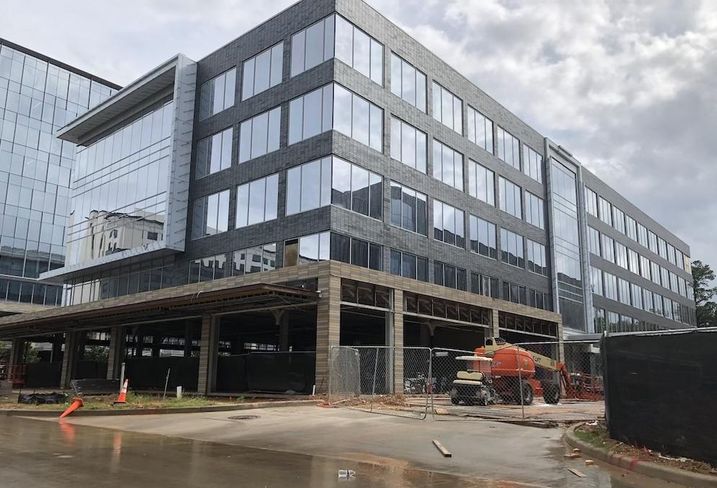 CityPlace 1 will be the first multi-tenant office building in Springwoods Village, which has drawn strong activity from single-tenant users in the past, including HP, Southwestern Energy, CHI St. Luke's and the American Bureau of Shipping.

The five-story building, being developed by CDC Houston, Patrinely Group and USAA Real Estate, features 123K SF of office space and 27K SF of retail space. The leasing teams, which include JLL's Chrissy Wilson and Russell Hodges for the office space and Transwestern's Crystal Allen and Chace Henke for retail, are looking to fill the space.

Prospective office tenants include energy, financial services and technology-related companies, said Patrinely Group CEO Robert Fields, who is speaking at Bisnow's Future of Springwoods Village and Grand Parkway event on May 30. He expects new tenants will relocate from other buildings in the Houston metro.

Hewlett Packard Enterprise is also building a 568K SF single-tenant campus in CityPlace Springwoods Village. The construction of two buildings at the southwest corner of Easy Mossy Oaks Road and Lake Plaza Drive is slated to start in Q4 2019.

The joint venture between Patrinely Group, USAA Real Estate and CDC Houston recently sold HP Plaza. The JV decided to sell the two-building portfolio because the timing was right, Wilson said. The buyer offered an attractive offer for a stabilized, fully leased building.

Each building owned by the joint venture has its own strategic plan, Fields said. It plans to decide on a case-by-case basis whether to hold stabilized assets for the medium term or the long term. 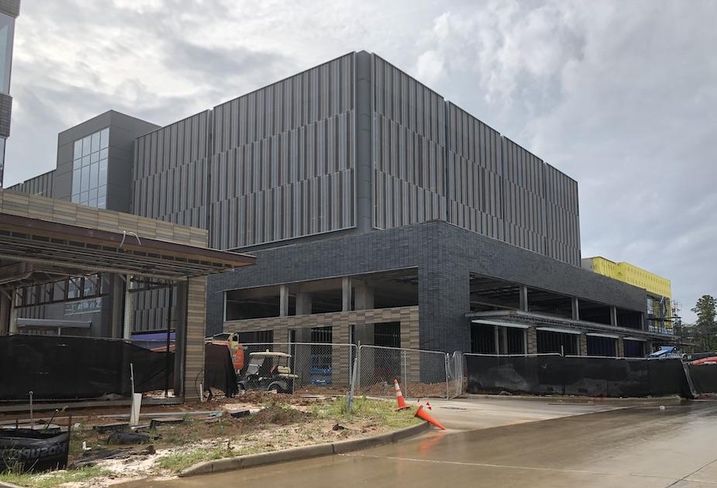 CityPlace has been one of the beneficiaries of the development of the Grand Parkway. The mixed-use project was strategically timed with the opening of the Grand Parkway near Interstate 45, which provided a significant improvement in accessibility from the east and west parts of the city.

It is also a short distance from the George Bush Intercontinental Airport and major transportation arteries like the Hardy Toll Road.

Ramping up the retail offering is a major part of the expansion plan in 2019. The aim is to create an 18-hour, walkable urban environment, Fields said. The developers want Springwoods to be a place where a person can grab coffee, walk to lunch, go back to the office and after work go to the gym, to the movies or have dinner at a nice restaurant — all within walking distance.

So far, more than 65% of the retail space available at CityPlace has been leased. Common Bond Cafe & Bakery, a Montrose mainstay owned by Houston-based entrepreneur George Joseph, is the newest tenant to be announced. The bakery will open on the ground floor of CityPlace 1 in Q1 2020.

"Common Bond is a great addition to the growing retail and dining experience we are creating at CityPlace," said Wilson, who is also speaking at Bisnow's Future of Springwoods Village and Grand Parkway event on May 30. "We are very pleased to be attracting high-quality, proven concepts as we continue to expand the live, work, play experience which has been established at CityPlace."

On the entertainment and lifestyle side, Star Cinema Grill, a 10-screen, dine-in movie theater, and 24 Hour Fitness will open for business in June and late 2019, respectively. Future retail tenants will be restaurants and beverage-focused concepts, Fields said.

As more residents and employees move in the area, residential expansion will also be a major target for CityPlace. About 70,000 people live within a 3-mile radius of CityPlace and the population is expected to climb to 80,000 people by 2023, which is above or in line with other markets such as Katy, Kingwood and The Woodlands, Fields said.

“People see the region as a place where they can begin their family and continue their growth without having to relocate in order to get the good schools and accessibility to the major employment hubs,” she said.

Join Robert Fields, Warren Wilson and others to discuss the trends and developments impacting Springwoods Village and the Grand Parkway on May 30.