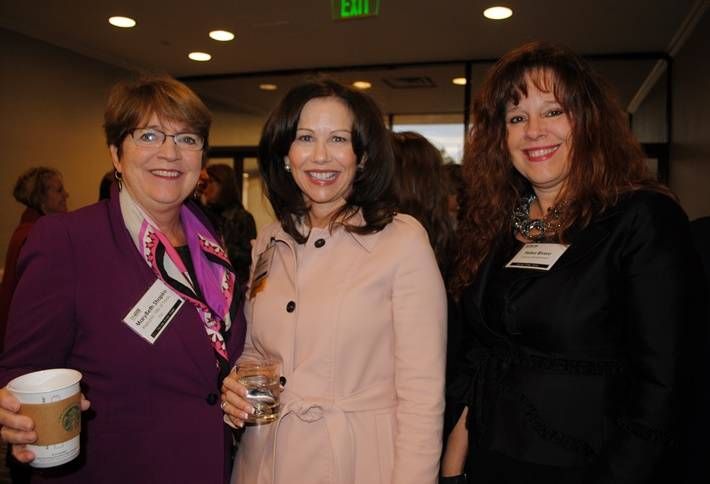 The Fed finally raised interest rates, but Cushman & Wakefield executive managing director Beth Lambert says it was a justified move as the low interest rates have been synthetically raising the economy for some time. It was just one of the insights shared by a panel of DFW’s most respected women in commercial real estate at Bisnow’s Power Players event last week. Beth (between Republic Title SVP MaryBeth Shapiro and Rosemont Realty Services regional principal Helen Rivero) says now is the time to walk on our own. The increase is already factored into most deals because everyone in the finance world saw it coming, they just weren’t sure when it would happen. Beth thinks the impact will be felt most by opportunistic investors. 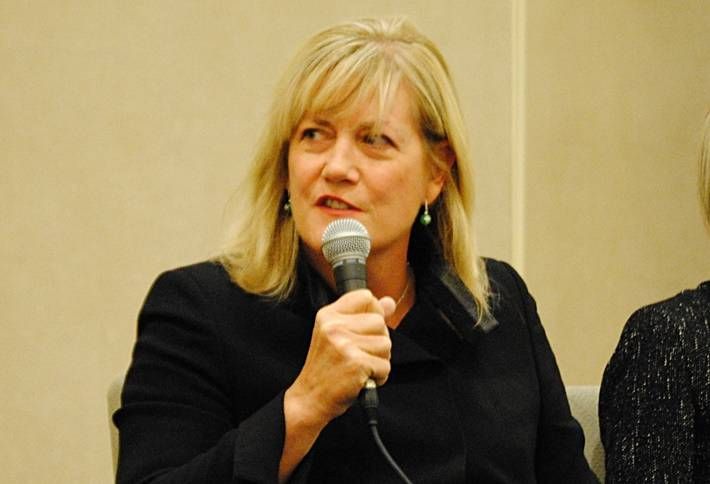 Butler Burgher CEO Diane Butler says all indicators point to continued demand for commercial real estate. Single-family and multifamily are still undersupplied markets, she says. The market feels like the ninth inning of an 11-inning game; people are more cautious despite the plethora of money that still needs to be deployed. The demand is there as Texas leads the nation in job growth and in-migration. As land prices escalate, it’s a challenge to buy lots, too, she says. Diane’s advice for women in the business world is to realize that you really can’t have it all; just do the best you can because women sometimes get too concerned with perfectionism and that can be a deal killer. 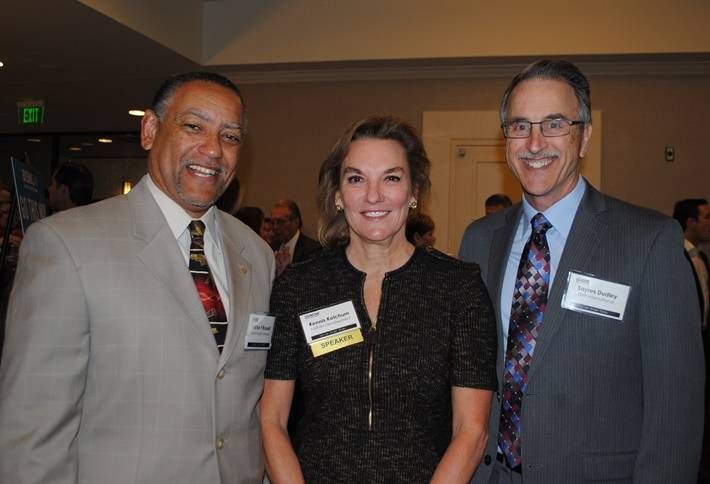 Portfolio Development owner Kennis Ketchum (between MMR Realty Advisors managing principal Vic Russell and DHR International EVP Sayres Dudley) says it's getting more challenging to find good multifamily sites and get them zoned for development. She’s bullish on tertiary markets for development and says markets in driving distance of Dallas are on fire. When it comes to advice for up-and-comers in the commercial real estate world, she feels strongly that if you make a mistake or miss a deadline, don’t tell her why you did it, just tell her when you’ll have it done. Moreover, treat the company like it’s your own; you’ll move up the ladder quicker with that mentality, she says. 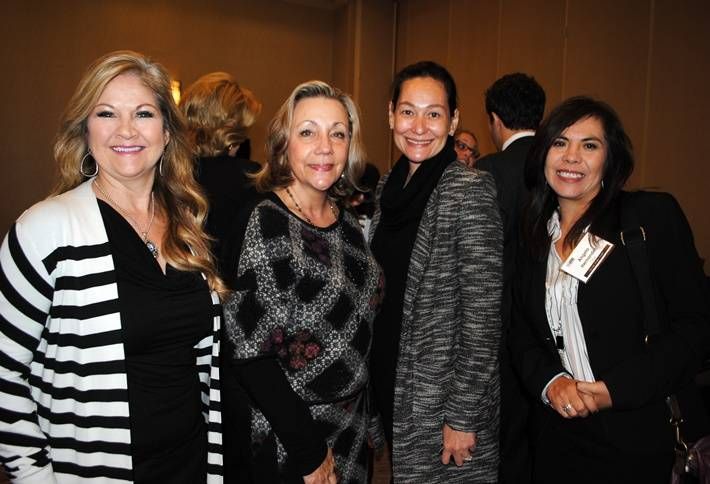 Bradford SVP Leigh Richter (between Spencer Consulting’s Kathy Mulgrew on the left and CMA’s Joie Wilder and Angela Hernandez on the right) says she’s learned something about Millennials through her mentorships with MBA students at SMU over the past five years: they want it all, as well as the life-work balance. She encourages that, but also cautions that they must be willing to put in the extra effort and go outside their comfort zone. Millennials, however, will likely change as they start getting married and adding children to the equation, she says. It is a very different world for them right now, she adds. Leigh ran her own commercial real estate firm for a year before opting to join Bradford in '09. The larger platform is a great benefit, she says, and company owner Kevin Santaularia allows her to pursue the “oddball” stuff as long as she’s making money. It's how she earned the nickname queen of the cats and dogs department. 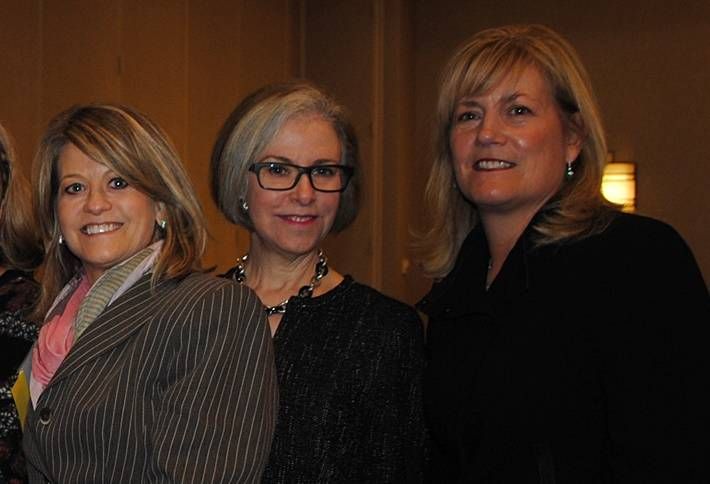 Compared to markets like DC, New York, LA and San Francisco, Uptown Dallas is a bargain—even at $38 triple net/SF (the cost at 2100 McKinney), says Hall Financial Group director of leasing Kim Butler (left, with fellow panelists Solender/Hall president Eliza Solender and Diane). There’s no end in sight either, she says. Companies are looking to be more efficient with less space, which allows them to pay higher rents for amenity-rich space that attracts potential staff. Kim thinks 2016 will be similar to 2015, noting that the one thing that could put a damper on the growth would the competition for labor. With so many companies moving in, the big ones may try to poach talent. 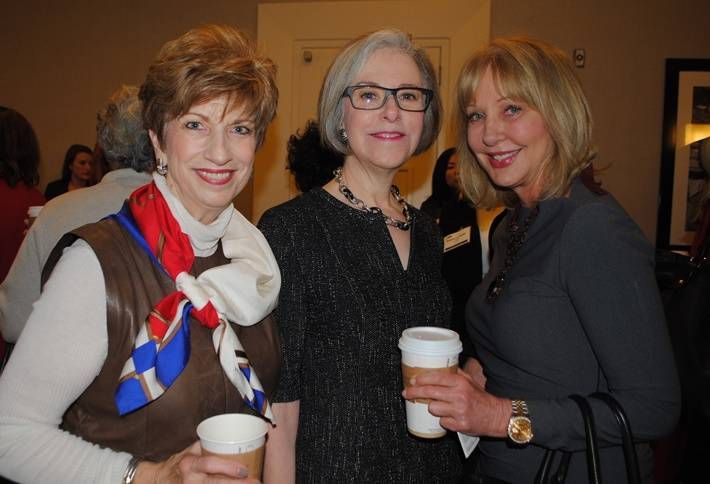 While the economy in North Texas is going gangbusters, Eliza (between Herrin Commercial Real Estate principal Sharon Herrin and ICI Construction marketing director Leia Sidwa) says it’s important to know that there is still a lot of need remaining. Even though Frisco has the $5B mile, there’s still families in need. Having a company that specializes in representing nonprofits means she’s handling everything from leases to land acquisitions, expansions and more. And, that has gotten extremely complicated as the economy is going up, along with the prices of real estate. That means all the easy buildings are gone and the ones left have hair on them. 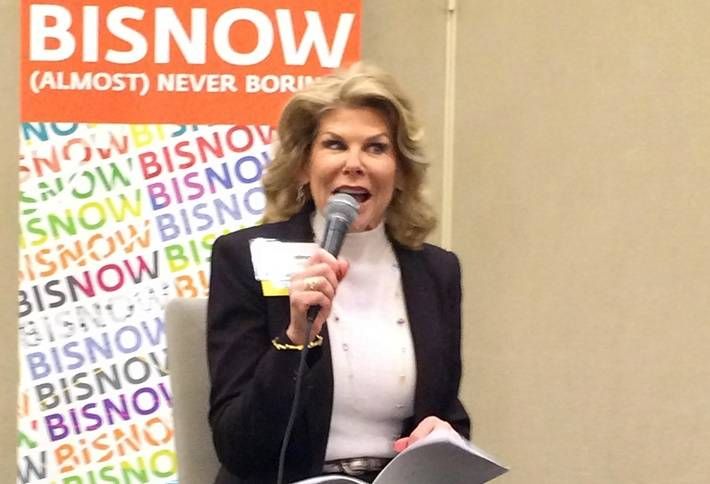 Panel moderator Stewart Title Guaranty Co SVP Melissa Eastman gave some sage advice for women just starting in the industry: look for a career or career path that will allow you to excel both professionally and personally. Align yourself with people you respect and can learn from, but get comfortable with being uncomfortable. If you don’t have butterflies in your stomach from time to time, you are not growing and reaching potential, she says.