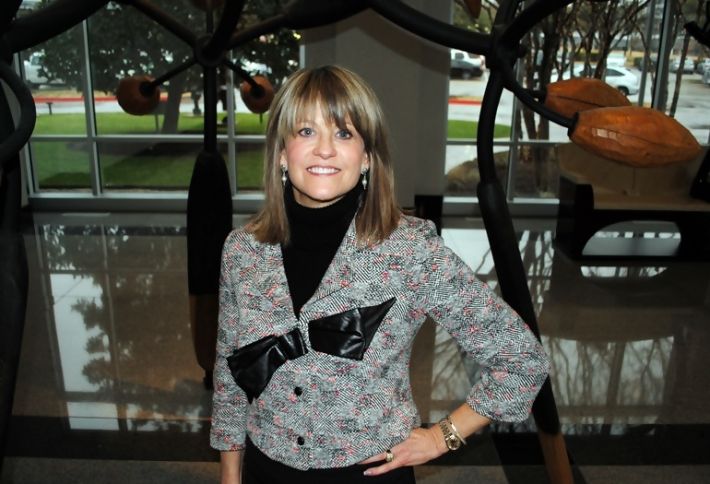 Proof that dynamite comes in a small package, Hall Financial Group director of leasing Kim Butler packs a lot of power in that tiny frame. She was one of the first women in DFW to lead a major brokerage house when she took the helm of Transwestern. Now, in addition to overseeing leasing efforts for the 2.2M SF Hall Office Park in Frisco, she’s filling up the 18-story 500k SF KPMG Plaza at Hall Arts, which is already 60% pre-leased and targeted for a 2015 opening. 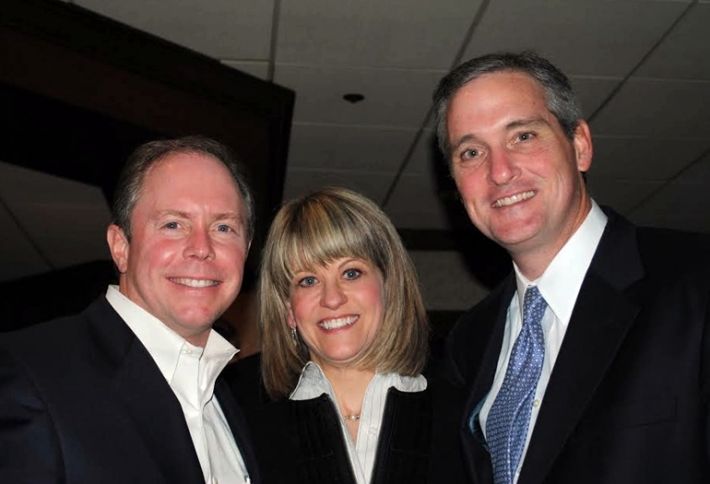 Kim’s original career choice of accounting was short-lived. Three months with one of the Big Four firms was all it took before she made the leap to something different. Her then-boyfriend (now husband) Bruce was a broker and knew that Transwestern was looking for a new young broker. “That interview was the worst negotiation ever,” she says. “I begged for the job and ended up taking a $500 annual paycut.” (There's a lesson in there somewhere.) Apparently, it all worked out since she spent more than 25 years at the firm and worked her way to the upper echelon. It was at Transwestern when she experienced her moment of clarity and knew, precisely, that she had complete confidence in her instincts. “I have a knack for the deal side of the business and the people in it,” says Kim (here between her two Transwestern partners, Reid Caldwell and Blair Oden, who's now at CBRE.) 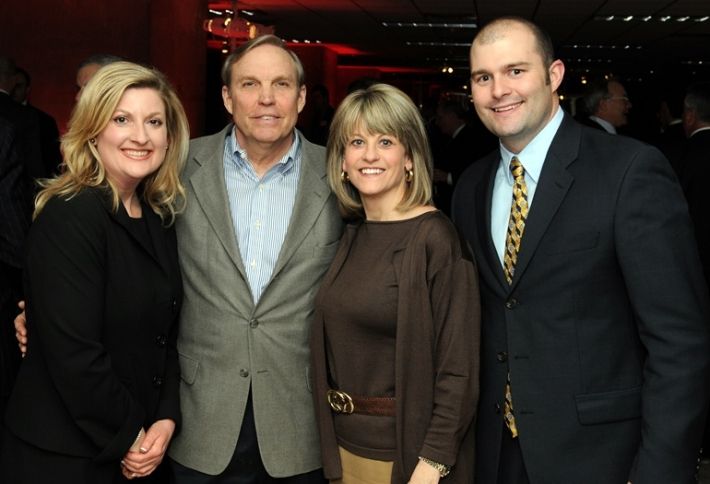 Kim (here with Hall team Tammy Nellis, Mark Depker, and Brad Gibson) says finding someone to emulate is crucial for people entering the industry. “Find the people who generate business and learn from them; go where they go and even try to go to work for them, if you can,” she advises. There are “more skinners than hunters (people who can actually trap) out there." Learn how to be the one who goes and gets the business, Kim says. 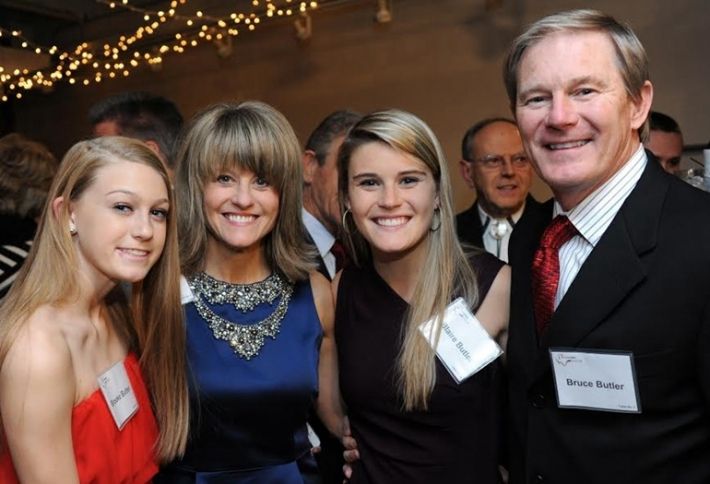 Here’s Kim with her family (Brooke, Blaire, and Bruce at the NTCAR 2013 Stemmons Service Award event, where Kim was honored as a finalist). Kim says she's proud of the Stemmons Award nomination, but her true pride and joy is her family. She will celebrate her 30th wedding anniversary this year. (Pearl is the traditional gift, but if you're on a budget you could try to get a can of pearl onions.) She’s volunteered at First Methodist Church downtown for the past 27 years, but she's also dedicated to The Betsy Project and Tommy's Nite Out, two initiatives designed to raise funds to save lives. Tommy's Nite Out helps pay for the medical costs for DFW commercial real estate's own Tommy Van Zandt, who was injured in an accident in 2009. That event is next week, she reminds. One closing word of caution: don't get between Kim and a TV when college football season starts. Especially if her Texas Tech Red Raiders are on.