The Latest Political Hot Potato Is The Future Of The Suburbs

The suburbs could become a 2020 election issue, with President Donald Trump publicly challenging housing legislation drafted during the Obama administration. 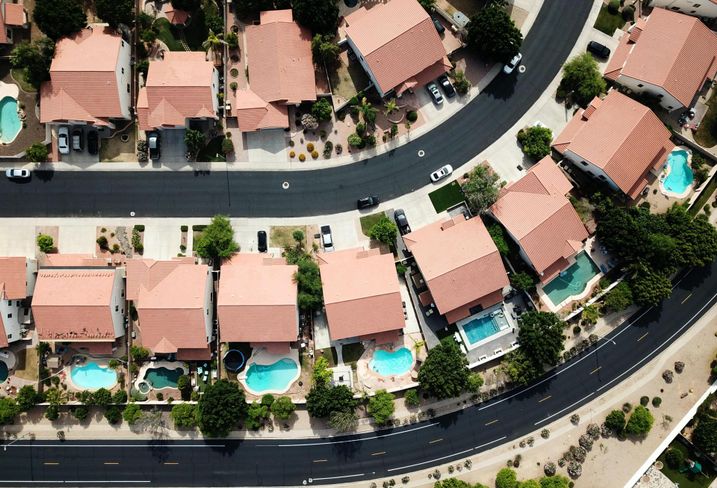 Trump tweeted Tuesday he plans to study and possibly eliminate the Affirmatively Furthering Fair Housing Rule put into place by the previous administration.

"At the request of many great Americans who live in the Suburbs, and others, I am studying the AFFH housing regulation that is having a devastating impact on these once thriving Suburban areas," the president wrote, adding he may end the act.

The AFFH was enacted in 2015, and requires local governments seeking federal housing funds to track poverty and segregation with a checklist of 92 questions.

The tweet launched suburban housing as a contentious election issue, pitting Trump vs. Democratic contender Joe Biden, who has said he would implement the AFFH.

The president and opponents of the regulation say the rule has negatively impacted suburban homeowners by creating overly burdensome federally mandated requirements that negatively impact the infrastructure and overall functionality of the suburbs.

Proponents say it is an important tool for ensuring greater housing access, particularly among disparately impacted groups, and say dismantling it would lessen fair housing opportunities and weaken legislation designed to reduce segregation.

HUD Secretary Ben Carson suggested changes to the rule earlier this year by proposing a revised rule that would eliminate federal mandates tied to the act and empower local cities to develop fair housing plans for their own communities.

"Mayors know their communities best, so we are empowering them to make housing decisions that meet their unique needs, not a mandate from the federal government," Carson said in a press release. "Having said that, if a community fails to improve housing choice, HUD stands ready to enforce the Fair Housing Act and pursue action against any party that violates the law."

The debate over the AFFH turns suburban areas into an election issue as they were already under the spotlight in the commercial real estate industry: Many developers are anticipating more relocations of people and companies to spacious exurbs and suburbs across the U.S. in the face of the coronavirus pandemic.