If any of the roughly 30,000 people attending this week's International Council of Shopping Centers' RECon event in Las Vegas needed an illustration of the profound trials facing the world of retail, they only needed to watch the news.

Ascena Retail Group announced Tuesday it would close all 650 of its Dressbarn stores, the latest in a growing line of well-known brands, including Toys R Us and Sears, to undergo massive closures.

But for all the scary headlines, many conference attendees found the gathering quite optimistic. The initial shock that accompanied the rise of Amazon and other online retailers wore off a long time ago, and these days most people focus on how they can help retail transform to meet that challenge. 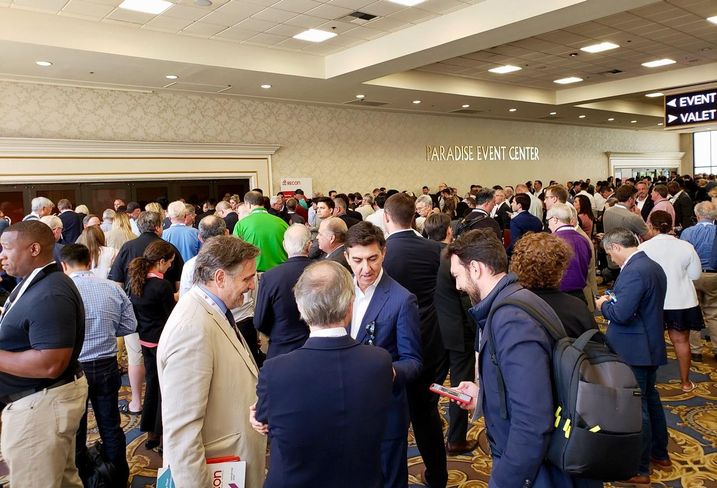 “It has a generally upbeat mood, with a lot of people and good foot traffic,” according to Steven Weinstock, regional manager of Marcus & Millichap’s Chicago-Oak Brook office.

He has attended RECon for many years, and said it is a unique event. Most real estate conferences present panels of experts that attempt to explain the latest developments, but RECon does that and also brings together everyone from the industry to complete deals.

“This is a tremendous opportunity to quickly build relationships, but it’s not just talking about what’s happening in retail, it’s also about doing something to solve its problems,” he said.

That is why Marcus & Millichap made sure to have a big presence at RECon, with 15 conference rooms and 35 tables spread out over about 7K SF. Some of the company's brokers had 20 substantive meetings with clients or would-be clients.

“That’s a lot for just a couple of days, but good things happen when you talk to people,” Weinstock said.

One of the chief reasons for optimism is that brick-and-mortar retailers have started to utilize e-commerce rather than compete against it.

He pointed to retailers such as UNTUCKit and Bonobos that have strong e-commerce platforms. Each offers customers an opportunity to try on items, make sure they fit  and then arrange shipping. And Amazon is just the best known of the dozens of online sellers to establish a significant physical presence.

Although such businesses will help populate malls in the coming years, none need the kind of footprints left empty by the steep decline of big-box retailers like Macy’s and Sears.

It is going to take the retail sector a long time to solve that problem, Weinstock said, and other conference participants agreed. 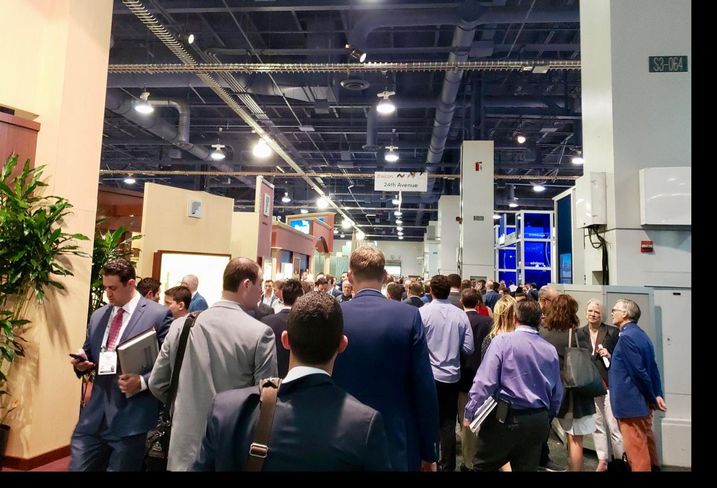 Englewood Construction Director of Operations Chuck Taylor said he also heard a lot of worrying chatter on that subject at the conference. He saw a lot of deals getting done, but with more big retailers vanishing each quarter, many are scratching their heads about what strategies to adopt.

Some owners talked about simply tearing down their vacant anchor spaces. That would remove the burden of unsightly vacancies, but leave the worrisome challenge of attracting shoppers to the remaining outlets.

“The anchor stores were for so long the big draw, and we have clients that have lost three anchors at their malls, and sometimes four,” Taylor said.

And bringing in foot traffic is not the only challenge looming. Some shopping center owners have co-tenancy agreements with their retailers that call for rent reductions if too many vacancies open up at a property.

To head off those possibilities, a number of convention-goers discussed filling up all those empty spaces with huge fitness clubs or rock-climbing gyms, even if such businesses pay lower rents than the brand-name stores that died out or shrunk.

“It sounds like nothing is off the table,” Taylor said. 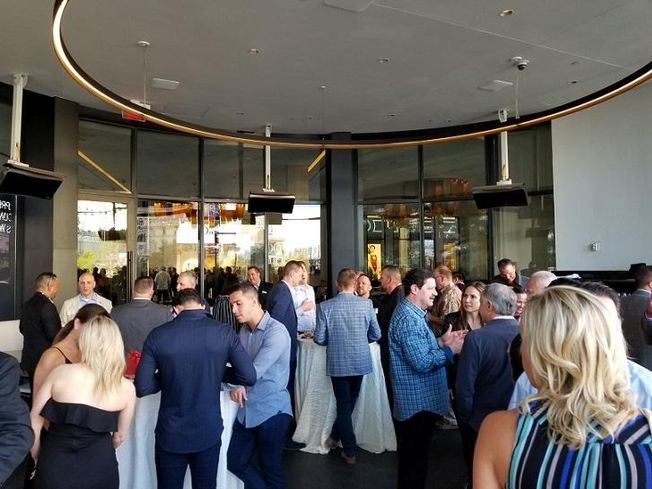 Such a transition could bring a lot of business to firms like Englewood, though they aren’t ameliorating the industry’s worries.

“We do adaptive reuse projects all the time, but the concern is always, will there be tenants to lease those spaces?” he said.

“A lot of people looking at this are losing a little sleep,” Weinstock said.

And if the competition with online retailers wasn't enough trouble, the recent rise in the cost of construction, perhaps exacerbated by ongoing trade wars that push up the cost of building materials, may also cause developers to balk before launching projects in a troubled sector like retail, according to Structured Development Senior Director of Real Estate Development Jeff Berta, who also attended RECon.

"I'm not sure we can say that's had an impact just yet, but it's something we're on the lookout for over the next 12 to 24 months."

The sector’s troubles have definitely made many players more cautious, according to Rendak and other conference-goers, who believe retail has a way to go before it completes its transition to the age of online shopping. For the next few years at least, brands will continue to shrink their footprints, and instead focus on flagship stores, especially ones in high-performing malls.

"The general feeling here is that many of the retailers are picking and choosing their spaces very carefully, and very strategically," Berta said.

The shuttering of hundreds of Dressbarn outlets was just the latest in a string of failures and troubling earnings reports. Last week, Dillard’s announced relatively flat first-quarter sales, and with a rising inventory, analysts believe that could spell trouble ahead.

“That's very dangerous entering a seasonally weaker part of the year, as it could exacerbate the department store chain's gross margin declines,” according to The Motley Fool. “Rising tariffs are yet another threat to Dillard's gross margin.”

On Tuesday during the conference, Kohl's, a retailer that tried to reinvent itself by partnering with Amazon, shrinking some locations and deepening its ties with popular clothing brands, reported a 3.4% decline in first-quarter sales, the first such drop in two years, according to CNN.

What is unknown is whether brands that seem strong, including discount retailers T.J. Maxx, Ross Dress for Less and Five Below, can fill possible voids, Rendak said.

All the churning in retail has even affected top luxury submarkets like Chicago’s North Michigan Avenue and Fifth Avenue in New York City, where vacancy is as high as it has ever been, he added. It is a sign that landlords will also have to adjust their expectations.

“These streets are too valuable and too resilient for these problems to last, but the rents will probably have to come down.”

“We are a nationwide value-add lender, and although retail is definitely a contrarian play where you have to be careful, we see properties, even strip malls, that perhaps just need some TLC and fresh capital.”

Turmoil in the sector has brought at least one benefit. The competition for properties has largely dried up, and prices sunk so low, that a new crop of investors has appeared. Rendak met numerous investors, including many from Chicago, and some not typically in retail, attending RECon for the first time.

“Everybody is trying to pick their spots.”

That is one reason Weinstock said the overall atmosphere at RECon wasn’t one of doom and gloom.

“We have great reasons to be optimistic that retail is evolving, and we probably haven’t even scratched the surface in how it will continue to evolve and meet consumers’ needs. So, I’d say there is a little bit of cautious excitement about what comes next.”