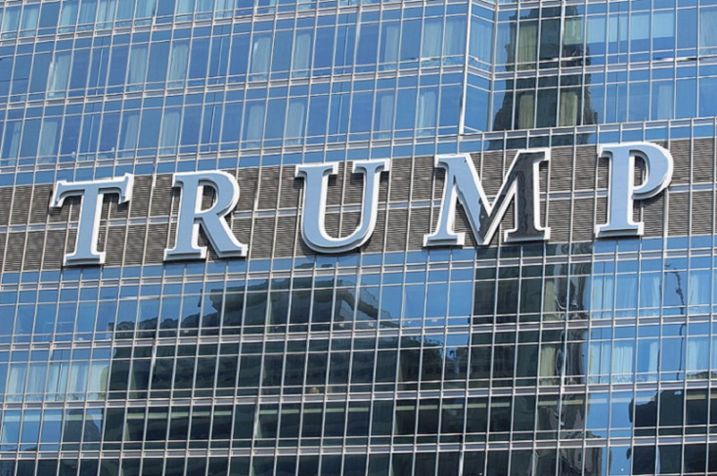 Wikipedia
The Trump International Hotel and Tower sign, built in Chicago in 2014.

The opening of Chicago’s Trump Tower in 2014, with T-R-U-M-P in 20-foot-tall letters looming over the Chicago River, stirred up discontent among pedestrians, office users and apartment dwellers. Chicagoans spoke out against the aesthetics of the sign, calling it an eyesore along the river, and when Donald Trump launched a presidential campaign in 2015, it served as a constant reminder of a man who quickly made himself unpopular in Chicago.

City Council and Mayor Rahm Emanuel, who called the logo “tasteless,” quickly placed restrictions on any future signs that might visually pollute the streets or skyline. But the strong possibility of attracting another big corporate name to town caused second thoughts.

Hines, a Houston-based developer, wants to get started on Wolf Point South, a proposed 950-foot building that, like Trump Tower, would occupy a riverfront site visible for blocks, but it can’t move forward until securing an anchor tenant. Its top candidate, San Francisco-based Salesforce, which wants about 500K SF, is a company that likes to announce its presence in a city with both signs and naming rights.

The original response to the Trump sign (a drama that played out in other cities as well, including lawsuits to remove the Trump name from buildings) may have been too hasty, Colliers International Senior Vice President Dougal Jeppe said, but the city has now made some changes to the ordinance that should ease both the Salesforce negotiations and make it easier for other building owners to attract headquarters tenants. And with rental rates finally flattening after years of steady growth, tenants may soon gain the upper hand, and perks like naming rights and signage will be increasingly needed to secure new leases.

“This is important because it shows the city’s pro-business approach, and that it can be competitive with other markets,” Jeppe said. “These are sensitive issues, and companies need to know that the city is willing to work with them.”

Under the old rules, companies were restricted to maximum sign face areas of just 250 SF on buildings between 150 and 199 feet tall, and up to 550 SF for structures of more than 500 feet. Trump’s sign, which is not affected by the recent changes, would have been about five times too large. Vegas-style flashing lights or neon were also disallowed, and only a building's anchor tenant — using at least 51% of the floor space — could plaster its name on the building.

Jeppe said the new rules allow the mounted height of the sign to determine its maximum size. The city has also expanded the definition of "principal tenant" to include those occupying either 51% of the building’s floor area or 350K SF. This way, Salesforce can create a sign roughly twice the size of the old maximum as long as it is near the top where it won’t clutter the sweeping river views. 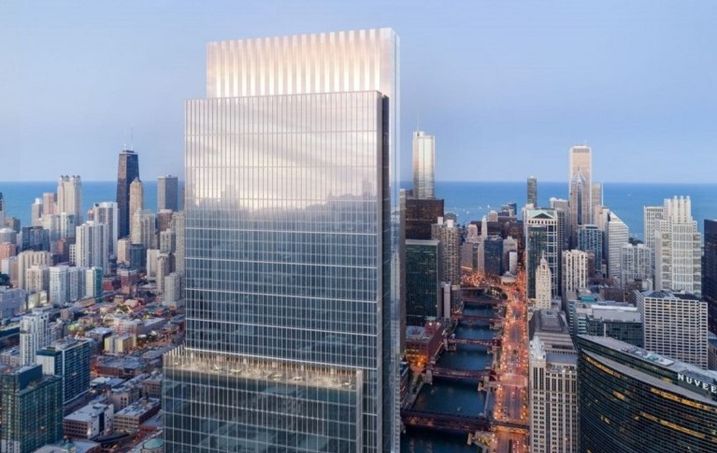 “Chicago has been very thoughtful, the Trump sign being the exception, in maintaining an architecturally respectful and vibrant skyline,” and these new rules should preserve it, he said.

United Airlines, for example, is thinking about an exit from Willis Tower, perhaps going to a new office market such as Goose Island.

“Signage is very important to them,” Jeppe said.

White Oak Realty Partners and CA Office recently opened a 20-story spec project at 625 West Adams in the West Loop, and Jeppe said one of the building’s big selling points is that you can see it easily from the expressway. The partners started the year with an empty building in an unproven submarket, but in the past few months they have signed Ferrara Candy to 60K SF and begun negotiating with CDW for about 300K SF. Jeppe doesn’t know if the latter deal will include a signage agreement, but at 120 South Riverside, its current home, CDW made sure to get the building’s plaza renamed CDW Plaza.

Filling up the Old Main Post Office will be an even bigger challenge. But Walgreens has already leased a big chunk, and the giant building arches over the Eisenhower Expressway, making its western and eastern facades visible for long distances. Jeppe believes that could be a big attraction, especially for the service-oriented firms and business-to-business companies that will continue playing a key role in the expansion of the city’s office market.

“These kinds of companies care about [building signage].”