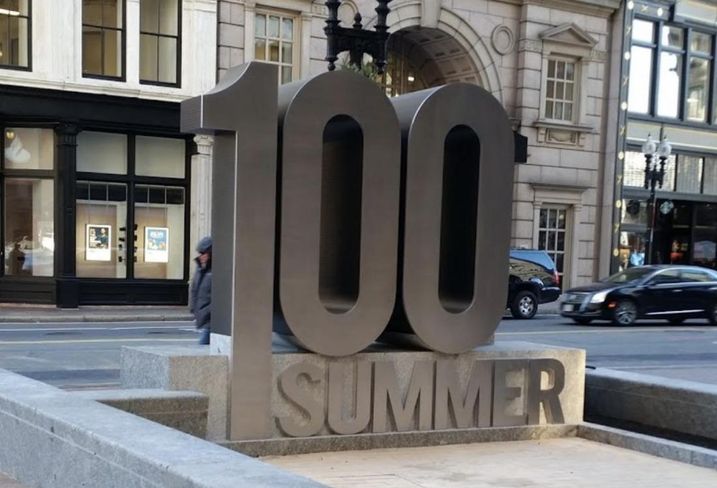 Google Maps
An increasing number of tech tenants are moving from Fort Point into downtown office buildings like 100 Summer St.

As many of the Financial District’s longtime tenants have decamped for the Seaport, technology companies are shuffling downtown to take the vacated space.

CloudHealth Technologies, a fast-growing software startup, is nearly tripling the size of its Boston offices. The company is leaving 30K SF at 280 Summer St. in Fort Point for 80K SF at 100 Summer St. downtown, the Boston Globe reports. It also plans to add nearly 200 jobs in Boston by the end of next year.

CloudHealth joins Bullhorn, a recruitment software company that moved to 100 Summer St. last year from offices in Fort Point. The company’s CEO, Art Papas, recognized it was an early pioneer to the Innovation District, but the neighborhood has limited available space for growth. Bullhorn looked across Fort Point Channel for the next frontier.

“It was then that we found what people are calling ‘Innovation Crossing,’” Papas said in a statement at the time of the move. “The name stems from the expansion of the Innovation District across Fort Point Channel to the area near South Station and Downtown Crossing.”

Software company Rapid7 also moved into 100 Summer St., and The Abbey Group has transformed the Lafayette City Center nearby into a tech hub that includes VMware, Sonos and Carbonite as tenants.

Nixon Peabody CEO and managing partner Andrew Glincher reports competitive rates and large swaths of space are difficult to find near the waterfront, but downtown’s central location makes it ideal for companies looking for new space.

“It’s all based on supply and demand, and with companies like GE and Reebok and others going to the wharf area, vacancy rates are much lower today than they were a couple years ago,” Glincher told the Globe. “It also comes down to location, and while some downtown space may not be viewed as the hippest or coolest, the location is unquestionably favorable.”