The Super Bowl Cost Atlanta $46M. Was It Worth It?

With Super Bowl LIII in the rearview mirror, Atlanta may have finally exorcised the ghost of Ray Lewis.

Atlanta's coming out party to the world was the 1996 Summer Olympics, which might be best remembered for the bombing that killed one person and injured hundreds more, not to mention the yearslong search for the bomber.

In 2000, the last time the city hosted a Super Bowl, two men were stabbed to death in the early morning outside of a popular Buckhead night club, and up-and-coming NFL star Ray Lewis' trial for his involvement in the incident dominated headlines for months.

“I think everyone woke up [Monday] morning relieved and pleasantly surprised that everything worked, and everyone had a pleasant time,” said A.J. Robinson, the president of the Downtown Atlanta business advocacy organization Central Atlanta Progress. "Our history has usually spoken differently." 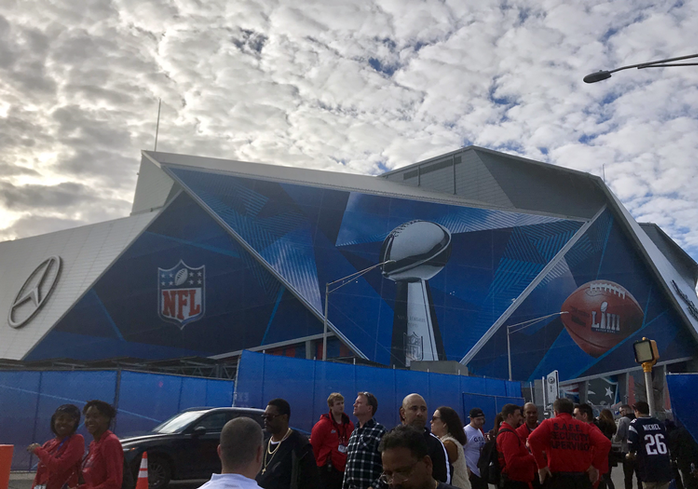 The 2000 Ray Lewis incident changed Atlanta and gave the city a black eye when it came to hosting major events where the world's media is focused. It also did not help Atlanta's image that the region had to tackle throngs of fans and power brokers coming to a city crippled by an ice storm. That alone reportedly thwarted Atlanta from winning two other Super Bowl bids.

But Robinson and others saw what happened the week leading up to this Super Bowl and heard the compliments the NFL and other groups bestowed on city leaders for how the event was hosted as proof that Atlanta can now be comfortable in the public eye.

“For us, it was a complete and total win," Georgia Department of Economic Development Chief Operating Officer Bert Brantley said. "We could not have scripted it any better in terms of having the chance to show off Atlanta to the world, but also to the folks who were here in town.” 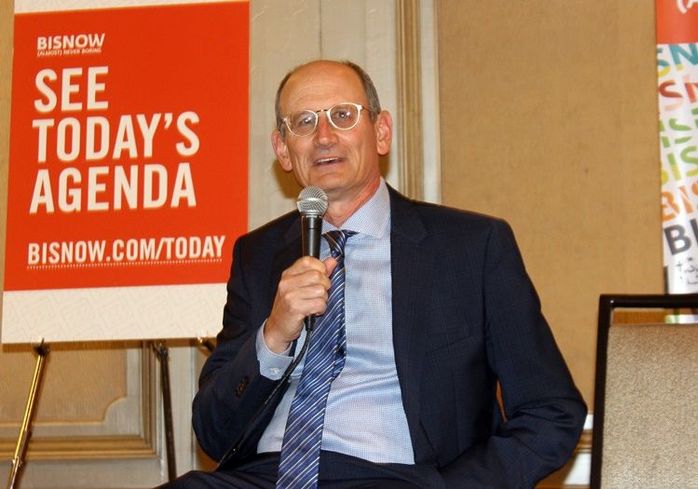 That the Super Bowl ran smoothly and without any major incidents is a big deal for the city of Atlanta and its image on an international stage, perhaps even outweighing the $46M price tag shelled out by the Super Bowl host committee, the city and various companies to host the game.

The Super Bowl is the biggest corporate event in all of professional sports, showcasing parties, musical acts and elaborate meals where powerful leaders in sports, business and government get to hobnob together for a week leading up to the country's most-watched television broadcast.

“The only thing I can think of as comparable is the Olympics,” said Husch Blackwell partner Steve Camp, who aided Dallas' host committee in drumming up financing for its successful 1996 Super Bowl bid.

Economists, academics and politicians argue about the sometimes rosy economic impact predictions that a Super Bowl or other large sporting event will bring to a host city. The Metro Atlanta Chamber predicted the game's economic impact could reach as much as $400M. Some have argued those projections are based on faulty assumptions and overstate the benefit a sporting event has on its host city. 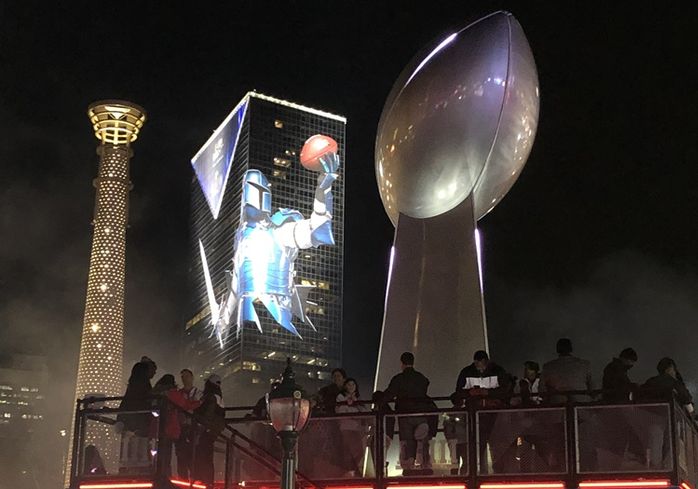 At the very least, costs and revenues probably come out in a wash in the end, said Victor Matheson, an economics professor at the College of the Holy Cross, who specializes in sports economics. Matheson has been a past critic of the incentives the NFL receives from host cities for Super Bowls, and questions many of the economic benefits from the event.

“You're giving up a huge amount to get these things, because the NFL is not giving up a dime of revenue if they can help it,” Matheson said. “That becomes expensive pretty quick.”

Even the idea of increased business as a result of Super Bowl attendees can be misleading. Locals will avoid the area because of the crowds — people who may have otherwise patronized the Georgia Aquarium or one of the Downtown Atlanta restaurants.

“The hotel worker, instead of selling $100 rooms, [she] sells a $400 room,” Matheson said. "But they're not getting four times the paycheck this week. They're just expected to work harder."

Yet cities and states still bow to the NFL's demands and pursue hosting duties, a pursuit that only has become more competitive as the Super Bowls themselves have outgrown the one day and one game, turning into a weeklong extravaganza.

But the real carrot for cities and regions is the long-term impact a Super Bowl bestows on the host city, especially when it comes to municipalities' favorite sport: economic development.

“I don't think there is any question that we will have projects and will have announcements that were advanced in the last week,” Brantley said.

Brantley said city and state economic development officials had the opportunity to meet with CEOs of some of the nation's biggest corporations, as well as agents for companies who help with site selection, during the week. The invaluable face-to-face interactions are something most economic development organizations are rarely afforded.

“Economic development and sports is indivisible today,” said The Boyd Co. principal John Boyd, a national site selection expert. “Some of the most influential, wealthy executives from around the globe were in Atlanta last week. Georgia economic development professionals and lawmakers have the acumen to make the Super Bowl work and do the right thing. That will result in business in the months ahead.”

“Your convention bureau and visitor's bureau, this becomes the poster child when they go out and pitch convention business,” Camp said. “It really does become a selling point for your visitors and convention bureau because everybody sees how well Atlanta hosted. And it goes all the way down to even smaller conventions and smaller events.” 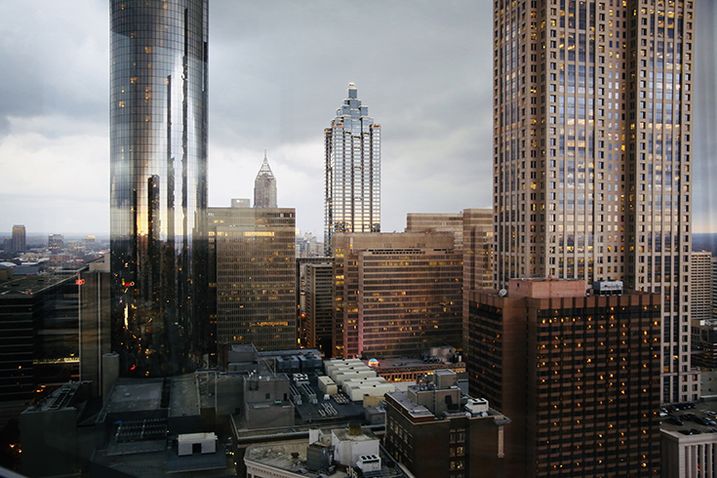 This Time, The Stars Aligned

As with any big event, things can and will go wrong. In the run-up to Super Bowl LIII, there were some concerning developments for Atlanta's prospects.

President Donald Trump was in a standoff with Congress that shut down the government, affecting the staffing of the Transportation Security Administration, creating the prospect of logjams at Hartsfield-Jackson Atlanta International Airport just as Super Bowl fans were set to arrive. There were also forecasts of potential snow and ice for the metro area. Concerns of a repeat of 2000 started to take hold — after all, ice and snow still bring the city to a halt.

In the end, the government reopened and that snow and ice became just a cold drizzle that led to milder temperatures by the time the game started.

That's not the say there were not little hiccups during Atlanta's hosting duties. Some media poked fun at how the Atlanta Streetcar got tied up in congestion. Some took to social media to make snarky comments about the decision of Maroon 5 frontman Adam Levine — not an Atlanta native, by the way — to go shirtless partway through the band's concert during the Super Bowl halftime show.

But there were bigger landmines hidden in the field that could have blown up in the city's face, Boyd said.

“Given this contentious climate that we live in with the kneeling, the protesting … there were all sorts of opportunities for this Super Bowl to take a political turn,” he said. "And it avoided that."

Lewis was one of those exploding mines in 2000, of course. Ultimately Lewis pleaded out of the murder charge. His two companions were acquitted after claiming self-defense.

But the incident forever changed the landscape of Buckhead, the affluent business district in Atlanta. After the murder, Buckhead residents rose up against the Buckhead Village's party-and-nightclub atmosphere. It ultimately led to a host of local business leaders buying up the properties and shuttering the clubs.

Today, Buckhead Village is home to The Shops Buckhead Atlanta, a luxury mixed-use project with such names as Brunello Cucinelli, Hermes and Bonobos.

“It's a disruption. I know it's a disruption," Camp said. "But at the end of the day, I think it's a great event for the city. It's like going to Mardi Gras. You look back on it and go, 'That was a great party.'"