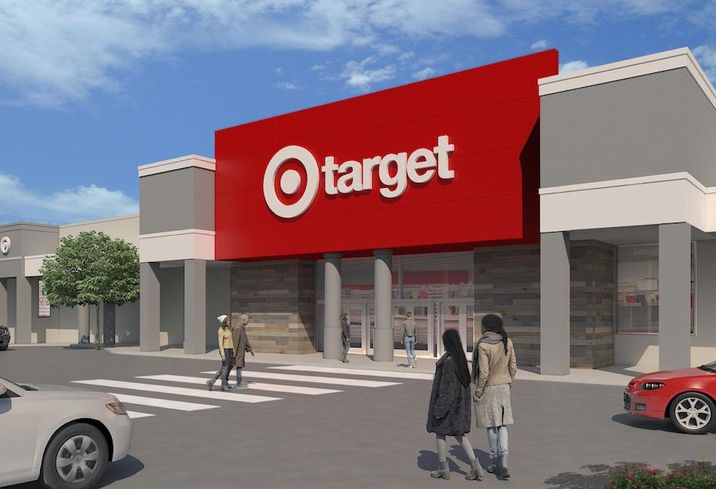 Courtesy: Target
A rendering of the new store Target is planning in Oxon Hill, Md.

A shopping center near National Harbor where Kmart will soon close has already landed a new anchor tenant.

Target announced Wednesday it signed an 85K SF lease with Wharton Realty Group at the Rivertowne Commons Shopping Center in Oxon Hill, Maryland. It plans to open in 2020.

The shopping center, less than 2 miles from MGM National Harbor, includes one of the Kmart locations that Sears Holding Corp. announced it would shutter in its latest round of closings.

At 85K SF, the store will be larger than many of the small-format, urban-style stores Target has been opening in the D.C. region. The retailer opened small-format stores in College Park, Bethesda, Rosslyn and Falls Church, and it has signed leases in Ballston, Cleveland Park, Ivy City and Shepherd Park.

“Target is committed to investing in D.C. by reimagining existing stores and opening new stores throughout the market,” Target Vice President Robert Sexton said in a release. “The greater D.C. area is a priority for Target, and we look forward to providing D.C. area residents and visitors a convenient and inspiring shopping experience with the latest store enhancements Target has to offer.”