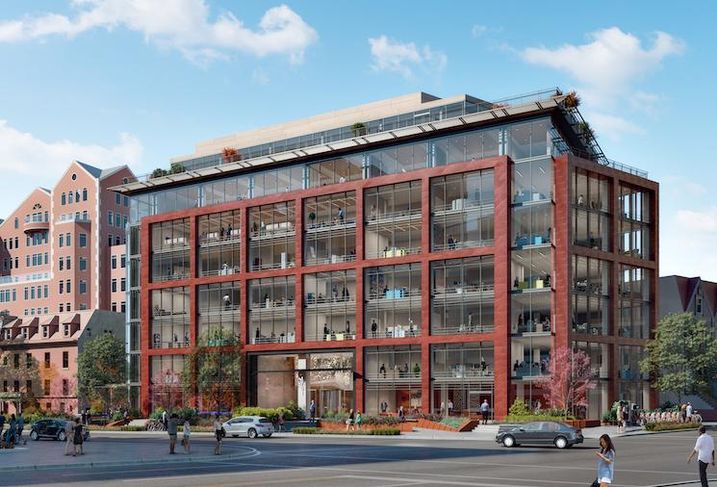 WeWork is close to a deal to lease a full building in Downtown D.C., continuing its rapid expansion across the region.

The deal has not been finalized yet but is expected to close soon. Akridge said the creative style of the office project, a redevelopment of a former YMCA building, helped draw the coworking provider. He said the ceiling heights, small floor plates and large windows have become attractive features in today's office market.

"We're hitting on something here that the market really wants," Akridge said. "People want to have sight lines and daylight. It's a product of what people are looking for in today's work environment. We're going to continue that mold as long as people like it."

WeWork, now D.C.'s largest private office tenant, has not slowed its pace of leasing and opening new spaces. The coworking provider last week celebrated the opening of its first Maryland location in College Park. It also opened its second Chinatown space in October. It then signed a deal for another location in the Chinatown area with The Meridian Group in December, one week after its property arm partnered with Meridian to buy an office building in Dupont Circle.

Also in December, it announced a new lease in Rosslyn. It is also in talks for space at Capitol Crossing, according to the Washington Business Journal, which reported the 1701 Rhode Island deal Monday, citing an anonymous source.