Inside WeWork's First Location On A College Campus

COLLEGE PARK, Md. — The Old Line State's flagship university is now home to its first WeWork location, as the coworking giant tests out a campus concept it hopes to bring to more colleges around the country. 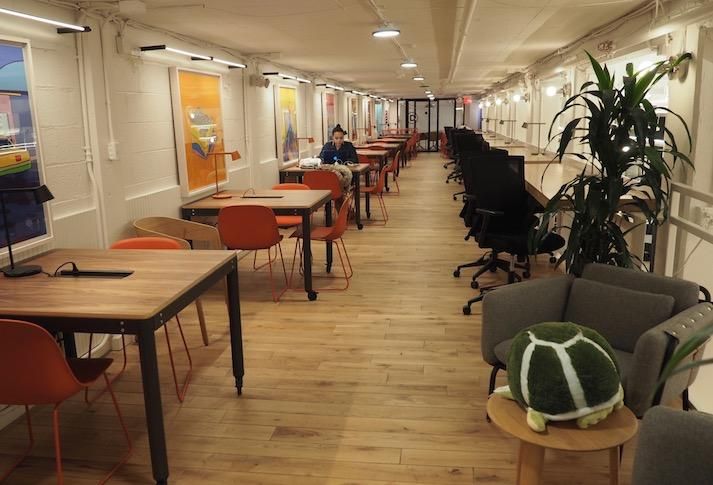 WeWork celebrated the grand opening Thursday evening of its University of Maryland location, an 18K SF coworking space on the edge of the College Park campus. For its first location on a college campus, WeWork differentiated the space in several ways from its typical offering, and it is already filling up quickly.

Members began moving into the space in December, and more than half of the private offices are already occupied, WeWork Northeast and Mid-Atlantic Director of Business Operations Lex Miller said. 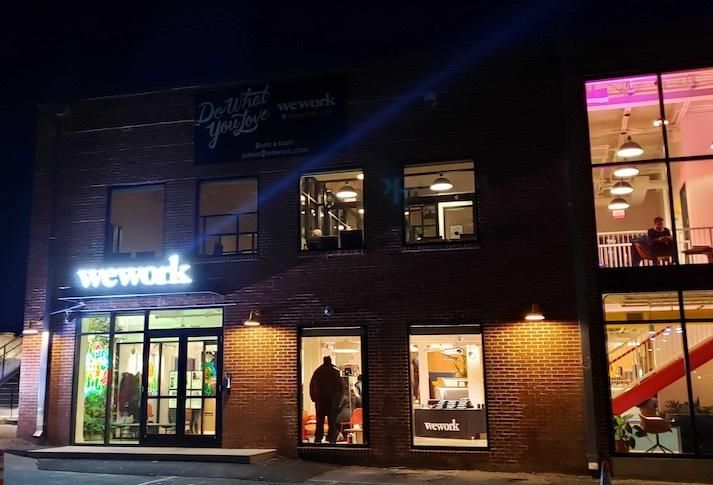 To meet the type of demand it expects from a college campus location, the space is evenly split between individual hot desks and private offices, which usually comprise a larger share of the WeWork's spaces.

The private offices it does have are smaller than those in a standard WeWork. The largest office at WeWork UMD includes 16 desks. WeWork Metropolitan Square, its largest D.C. space, has individual offices with over 200 desks.

WeWork has also forgone an element that is a cultural draw at most of its other locations: alcohol. 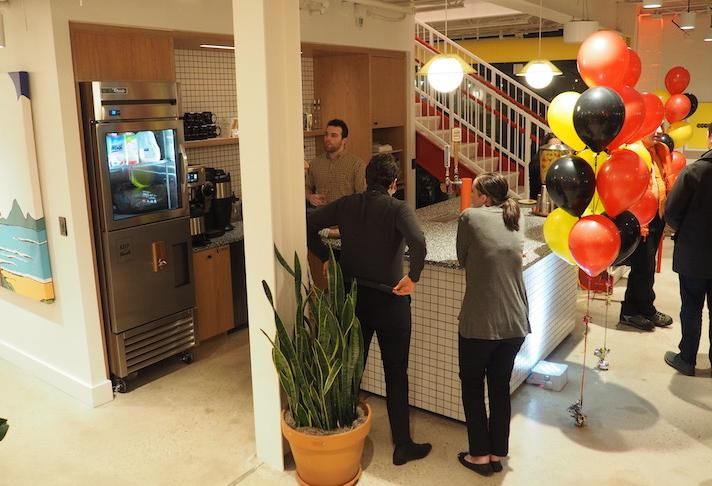 The grand opening event served "mocktails," with no alcohol available. And rather than its typical craft beer keg, WeWork UMD has kombucha on tap.

WeWork typically is not shy about serving alcohol, with community managers at some locations wheeling out carts of alcohol bottles for weekly happy hours. WeWork CEO Adam Neumann led a crowd in a tequila shot at the kickoff of its Creator Awards in D.C. in March 2017, and reportedly is fond of shots during business meetings.

Miller said WeWork made the decision not to serve alcohol because some of its members may be underage, and there are plenty of places to drink nearby for those who would like to, including a new bar and event space opening next door this summer. 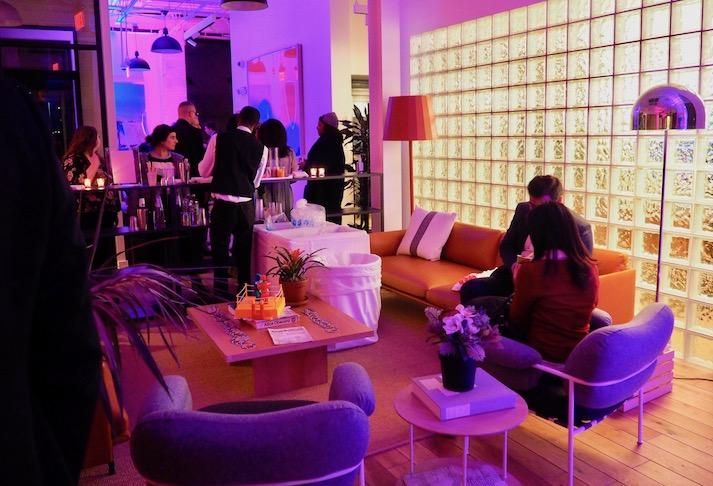 The location's lack of alcohol has not stopped members from signing up quickly. WeWork said the occupancy so far exceeds the expectations it had for the space. Miller said it has included a mix of student- and- graduate-led startups, companies looking to recruit from UMD's talent pipeline and previous WeWork D.C. members who live in Maryland. 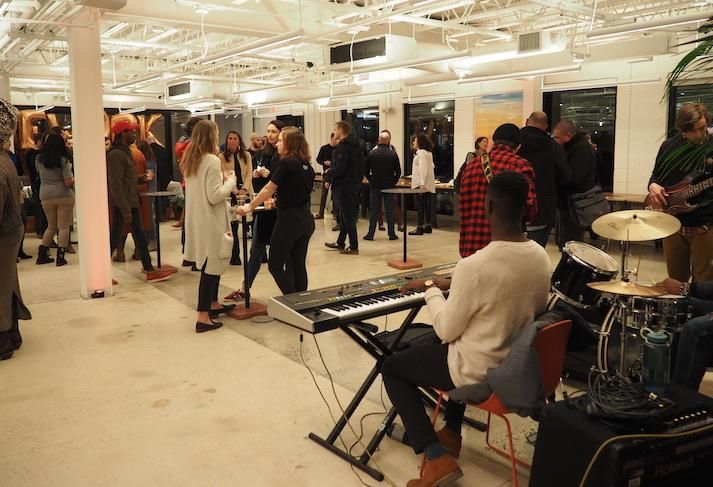 Bisnow/Jon Banister
The open first floor space, which will be filled with hot desks, at the WeWork UMD in College Park

WeWork is also partnering with the Dingman Center for Entrepreneurship at UMD's Robert H. Smith School of Business, which has bought a series of hot desk memberships for its students looking to launch startup companies.

One student-led company has even rented out its own private office. 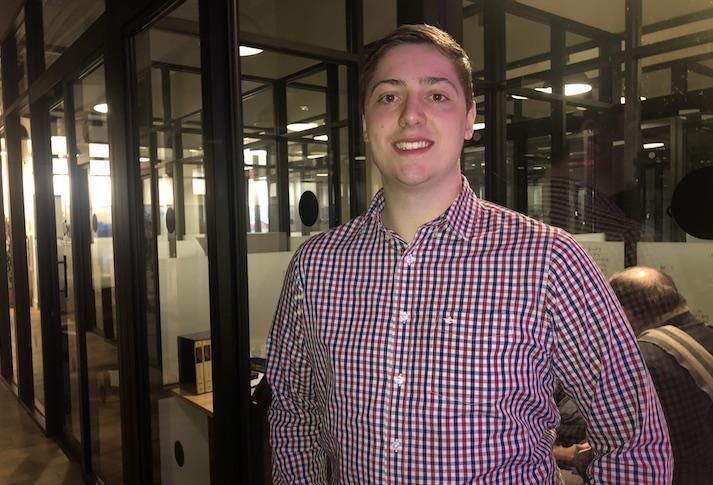 OpenPoll founder and CEO Zachary Wynegar, a senior computer science major at UMD, rented out a small office for his startup.

The company, founded in January 2018, gathers opinion data on a hyperlocal level. It has six employees, four of them part time, and has raised an angel investment round. Prior to occupying the WeWork space, Wynegar said he ran the company out of an apartment, but he wanted a real office.

"WeWork was a pragmatic thing because there weren't many opportunities for a student where we can't commit to a three-year or five-year lease, and we don't have a lot of corporate credit," Wynegar said."There's no other place where you can get the level of flexibility that this WeWork offers." 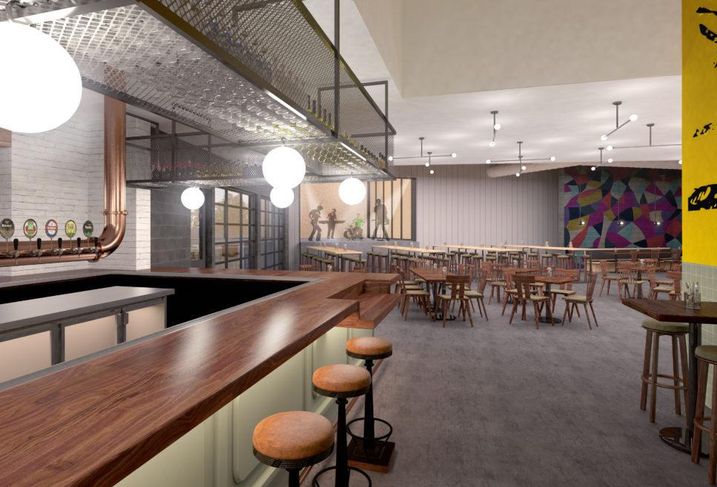 The WeWork building, a former warehouse at 7761 Diamondback Drive, is owned by Chesapeake Realty Partners, in partnership with Scott Plank's War Horse Cities. It sits in between Maryland's Fraternity Row and the $180M Hotel at UMD, which opened in September 2017. It is part of the Discovery District, a 150-acre area between the campus and the College Park Metro station with $2B in planned public and private investment.

In November, Capital One opened a tech incubator in a 7,500 SF office behind the hotel. This summer, War Horse Cities will open The Hall CP, a building next to WeWork that will feature a bar, eating area and indoor-outdoor event space. 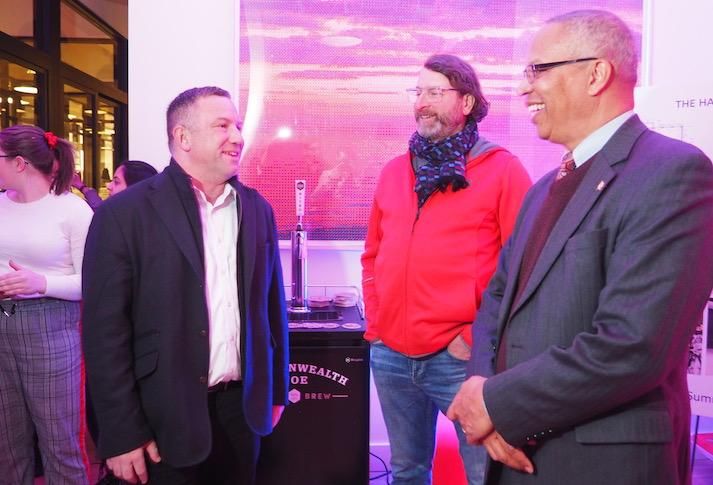 A parking lot next to the hotel and WeWork is planned to include new office development. College Park economic development consultant Ken Ulman said he has toured prospective office tenants around the area, and he said the new additions are a big attraction.

"Places like WeWork and Capital One are important for us to demonstrate there's a market," Ulman said.

One primary reason WeWork chose Maryland for its first campus location, Miller said, was the active engagement of city and university officials in the area's economic development.

"We know it's going to be a success because they want us to be here as much as we do," Miller said.