With DC's traditional office tenant base — federal government and law firms — consolidating office footprints, the region has begun to rely upon its growing technology industry to pick up the slack in the leasing market. The top brokers who work with tech companies, and the landlords who sign them, have noticed a pickup in activity so far in 2017 and expect to see several big tech leases drive DC's office demand this year. 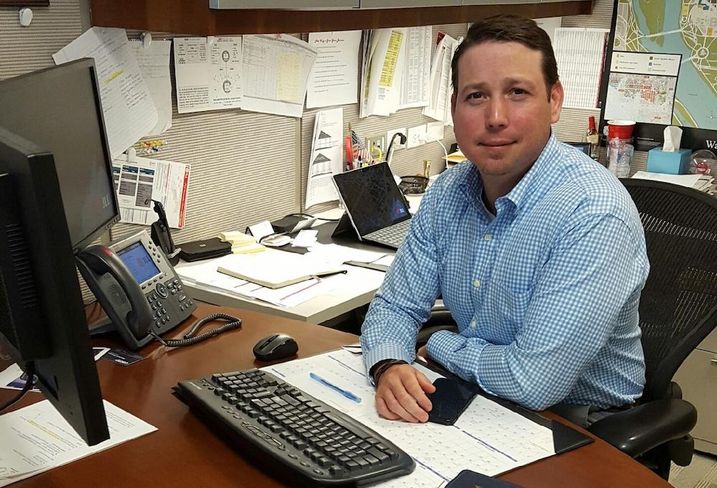 Technology companies hired people at a faster rate than any other industry in DC during the 12 months ending March 31. Employment within DC's tech sector rose 2.6% year-over-year, compared with 0.7% growth for law firms, according to JLL's research. Federal government employment in DC dropped 0.3% last year while employment at nonprofits and associations fell 1.6%.

“Especially with some of the larger tech groups we’re working with, they’re really beefing up their presence here," said JLL senior vice president Andy O’Brien, one of the top tech tenant reps in the area. “We’re seeing them add more bodies to DC. That has been really exciting to see. It’s something I’ve been waiting to see for a while.”

The pickup in hiring has directly translated into greater office leasing from DC tech companies. In the first three months of 2017, 13 leases of 20K SF or more were signed by creative firms, technology companies, co-working providers and incubators, according to JLL's research. These leases accounted for 28% of the DC region's leasing activity, despite comprising less than 10% of the overall workforce. These same sectors have accounted for an average of 18% of the region's activity since the start of 2014.

It was a strong quarter for the tech industry, but O'Brien said 2017 is just getting started. He sees many more tech companies on the market for office space that have yet to sign, and he expects several more deals of at least 20K SF to close this year. These companies range from large national tech companies expanding their DC presence to smaller firms relocating to the area to companies born in the District that have grown out of their original space.

“We’re looking at companies with 40 to 50 people that are still on their growth trajectory,” O’Brien said. “They’re going to take down a significant amount of space.”

Another tenant rep specializing in tech companies, Cushman & Wakefield director Theo Slagle, said he has seen an uptick in activity this year. With WeWork now having been in the market for a couple of years, Slagle said many companies that started in co-working space are now looking for larger office suites.

"You’re getting a graduated wave of people that have been in WeWork and have grown to 15 or 20 people and have decided to find their own space," Slagle said. "I think we’re seeing a lot of that."

One example Slagle cited is Fugue, formerly known as Luminal, a cloud computing company that has raised more than $75M in four funding rounds. The company's first DC office was in WeWork Wonder Bread in Shaw, but it recently signed a 7,200 SF lease at 1333 New Hampshire Ave.

With President Donald Trump proposing a $54B increase in federal defense spending, O'Brien expects a large part of the tech growth to come from companies involved in defense contracting and cybersecurity, especially in the Crystal City and Rosslyn submarkets.

"A lot of newer companies in the cybersecurity space are going to pop up that will take office space," O'Brien said. "It could absolutely help Northern Virginia's vacancy rate."

O'Brien said tech companies typically look for office space from the high $40/SF range to the low $60/SF range. As demand from tech companies has grown in recent years, O'Brien has been pleased to see developers building spaced designed for these types of companies, rather than targeting only law firms or associations.

For developers, this means creating more open floor plans where even executives have offices in open space, and putting conference rooms on the interior so more desks can have window views. These open offices also typically have personal phone call rooms and two- to four-person huddle rooms for private conversations. Three landlords that have been leading the way in designing office space for tech companies, according to O'Brien, are Douglas Development, Columbia Property Trust and WashREIT. 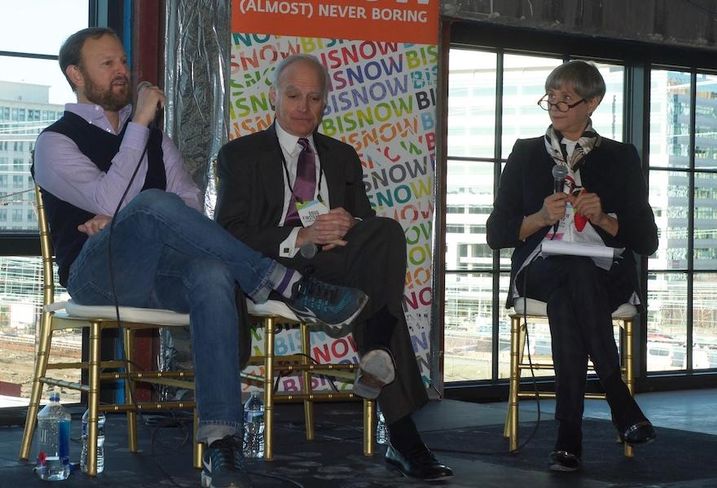 Douglas principal Norman Jemal said the developer had tech companies in mind when redeveloping the Uline Arena because the historic concert venue lent itself to creative users. Regus seemed to agree, and its co-working concept Spaces last year signed for 44K SF at the building. Douglas also has WeWork as a tenant in two of its buildings, the Wonderbread Factory and 718 7th St. NW in Chinatown, its first DC space, now three years old.

"You want a building that is built for the way tech companies use space," Jemal said. "You’ve got outdoor space, you’ve got a gym, you’ve got a place for bikes, you’ve got high ceilings, windows and open spaces."

Jemal is also very confident DC's tech companies will continue to grow their share of DC's leasing activity and keep occupying his buildings for years to come.

"Law firms are actually shrinking their square footage and have less square feet per attorney," Jemal said. "The question is what is filling that hole, and clearly tech is a big driver in the DC economy. People in tech want to be here and because of the demographic employee base Washington offers, companies want to be where the people are. It’s a very circular thing." 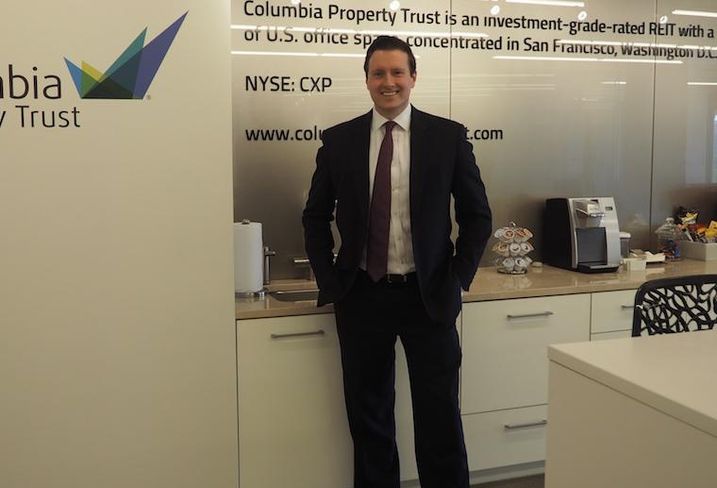 Columbia Property Trust in November signed WeWork for 69K SF at 80 M St. SE, its first DC location south of the mall. Columbia has also signed Gryphon Technologies for 24K SF, General Dynamics for 15K SF, and retained Engility's 45K SF lease in the Capitol Riverfront building. Columbia has given 80 M a $3M renovation expected to be completed next month and leased up the building to about 90%. WeWork is expected to open in the building this summer.

Columbia's other DC building, Market Square, is more targeted at government relations offices and is about 80% leased. Witschorik said Columbia is looking to acquire additional DC office buildings, and he is confident the growth in DC's tech scene that has helped fill 80 M St. will continue to drive demand in the market.

"There is a new wave of growth from nontraditional tech users coming to the market to complement the expanding footprint of the traditional tech that services government and defense," Witschorik said. "Where those two sides of the tech industry meet is where we’ll see greater growth in the marketplace."