As JBG Smith continues to focus its portfolio on the area around Amazon HQ2, the REIT is unloading an asset in the heart of D.C.'s Central Business District. 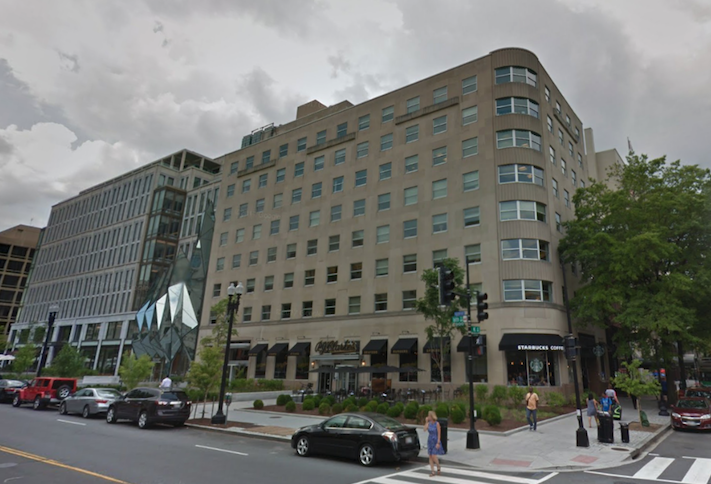 The REIT sold the office building at 1600 K St. NW to an affiliate of Boston-based TA Realty in a deal that closed July 31 for $43M, according to the D.C. Recorder of Deeds.

The 85K SF office building was constructed in 1950. It sits two blocks from the Farragut North Metro station and features Starbucks and restaurant P.J. Clarke's in its ground-floor retail space.

Cushman & Wakefield's Drew Flood and Kevin Sidney brokered the sale. The JBG Cos. had previously retained the Cushman team to sell the building in 2016 before taking it off the market ahead of its 2017 merger with Vornado's D.C. arm. JBG Smith then put the building back on the market about three months ago, and Flood said there was strong interest from investors.

"We had three finalists that were really pushing to win," Flood told Bisnow. "The deal size was great and the location of course, and there was some upside on the rent roll."

JBG Smith announced the sale in its Q2 earnings letter to shareholders Tuesday. It said it has $375M of additional assets on the market as it continues to pursue a strategy of selling properties.

"Given current market pricing, we intend to continue to be opportunistic asset sellers where we can source capital at or above our estimated [net asset value]," JBG Smith CEO Matt Kelly wrote in the letter.

Kelly also said it is possible some of the assets JBG Smith has on the market will not sell because of the "uncertain investment sales climate."

Nine D.C. office buildings with a combined value of $1.9B failed to sell during the 12 months ending in April, a JLL report found, and researchers attributed the failures to the disconnect between seller expectations and buyer demand. Additionally, JLL expects D.C.'s new tax increase on commercial property sales will lead to more failed transactions.

Flood said the tax increases, which will go into effect Oct. 1, are having an impact on the investment sales market.

"People are trying to get deals done before that," Flood said. "But as far as going forward on transactions that aren't slotted to get done by Oct. 1, it's business as usual, but there is reluctance with the substantial extra cost."

The uncertain market has not stopped JBG Smith from selling hundreds of millions worth of D.C. properties over the last year. The REIT in October sold an office building near Dupont Circle, in November sold the Warner Building at 1299 Pennsylvania Ave. NW and in December sold its stake in 1501 K St. NW.

The sales followed the REIT's March 2018 announcement that it aimed to generate $700M in capital through asset sales, a number it has since eclipsed. The REIT also closed its $472M equity offering in Q2, another strategy to generate capital it can pour into its development efforts. Many of the REIT's property sales have come in the CBD, and Kelly highlighted the struggles that second-generation office buildings in Downtown D.C. are experiencing.

"While we believe that this pipeline of new Trophy product will lease, it will likely be at the expense of the Commodity Class A market downtown, which was already 14% vacant at quarter end," Kelly said in the letter. 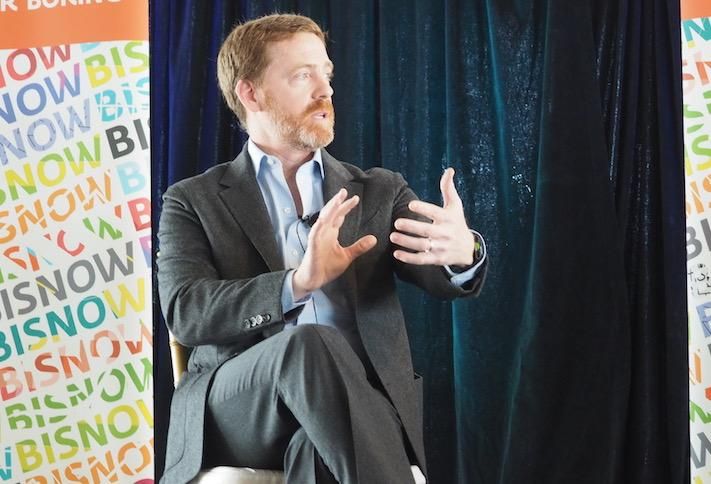 The REIT's strategy of selling assets in D.C. comes as it is increasingly focusing its portfolio on the Northern Virginia neighborhood branded as National Landing, where Amazon is building its second headquarters. Roughly 59% of JBG Smith's future development pipeline is in National Landing.

The developer is currently constructing its Central District Retail project and is renovating the 1770 Crystal Drive office building, which Amazon has leased. It is also moving through the planning process to add nearly 1,000 units to its RiverHouse Apartments property and build two new residentail towers totaling 750 units at 1900 Crystal Drive.

Amazon itself has leased 585K SF from JBG Smith this year, but the REIT has also signed companies it said show the ripple effects from the tech giant's arrival. It signed a 10K SF lease with Amify, a company that partners with brands to help them sell products on Amazon.com.

Kelly said JBG Smith is actively marketing National Landing to companies in tech hubs such as San Francisco that have limited office availability. He expects tech companies will cluster around Amazon the same way they did around its Seattle headquarters.

"While it is still early in these pursuits, we are encouraged by the response we have received, and we believe that Amazon's selection of National Landing for its second headquarters has increased prospective tenants' focus and attention on the submarket," Kelly said.