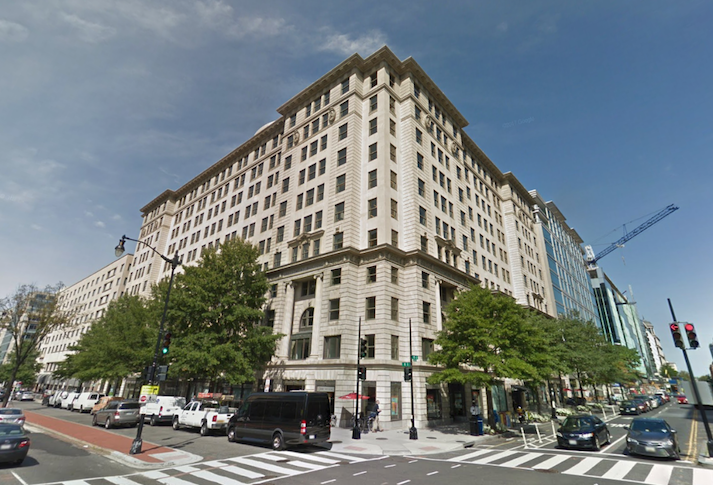 Ponte Gadea, the investment vehicle of one of the world's richest men, just acquired a large asset in D.C.'s Central Business District.

Spanish billionaire Amancio Ortega's firm bought the office building at 1501 K St. NW from a joint venture of J.P. Morgan Asset Management and JBG Smith, which owned a 5% stake in the asset. The sale of the 401K SF office building, posted in the D.C. Recorder of Deeds Wednesday morning, closed for $385.4M, or roughly $960/SF.

The property, named The Investment Building, sits at the corner of K and 15th streets, one block from the McPherson Square Metro station. The building was constructed in 1923, but it underwent a significant redevelopment in 2001 that retained only its historic facade.

Cushman & Wakefield's D.C. investment sales team of Bill Collins, Paul Collins, Drew Flood, Eric Berkman, Shaun Weinberg and Kevin Sidney brokered the deal on behalf of the seller. The building is 92% leased, with law firm Sidley Austin LLP comprising 72% of the property with a lease that runs through 2031, according to a Cushman & Wakefield marketing brochure. Swiss banking institution UBS occupies 13% of the building through 2026. The building also includes new spec suites, according to JBG Smith's website.

Ortega, the founder of clothing giant Zara, is the world's sixth-richest man, according to Forbes, and has a large real estate portfolio. He owns major assets in Madrid, Seoul, London, New York City and San Francisco.