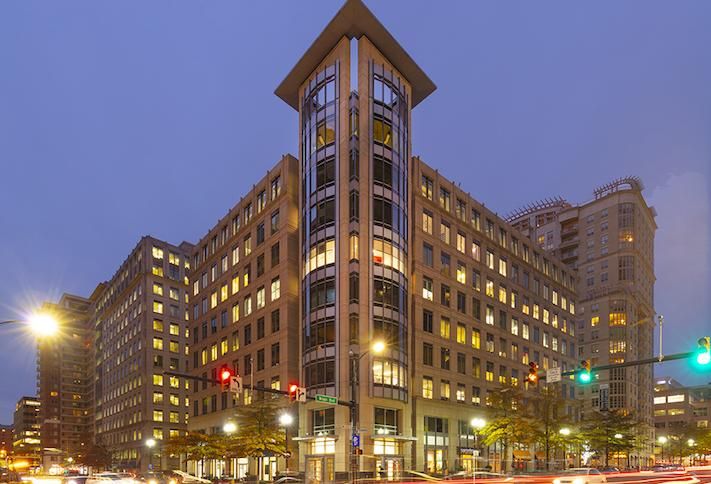 Courtesy of JLL
The Two Liberty Center building in Ballston

Westbrook Partners has sold a Ballston office building for 30% above what it paid for it in 2017 as the Northern Virginia market continues to ride a wave of positive momentum.

The firm sold Two Liberty Center to a joint venture of Hines and Oaktree Capital-managed funds for $93.2M. The nine-story, 179K SF office building at 4075 Wilson Blvd. was developed in 2007 by Shooshan Co. and the Fred Schnider Investment Group. Schnider in 2017 sold the building to Westbrook Partners for $72M.

In the less than two years it owned the building, Westbrook Partners repositioned the asset and brought it up to 95% leased.

The HFF team of Andrew Weir, Jim Meisel, Matthew Nicholson, David Baker and Stephen Conley represented Westbrook in selling the building prior to their firm being acquired July 1 by JLL. The HFF team of Susan Carras, Rob Carey and Drake Greer, which also joined JLL with the acquisition, represented the buyers in securing a $67.6M loan from Bank of America.

The building is part of the Liberty Center complex. Shooshan is currently constructing the project's final phase, a 22-story mixed-use building with office, residential and retail. It sits near the Ballston Quarter and Ballston Exchange developments, which have brought a host of new retail amenities to the neighborhood.

The deal comes as Northern Virginia's office market continues to improve, with Q2 coming in as its highest quarter of net new demand since 2006, according to CBRE. That improvement has been driven by Amazon's decision to build its second headquarters in Arlington, and multiple properties around the HQ2 site have traded hands or hit the market in recent months.