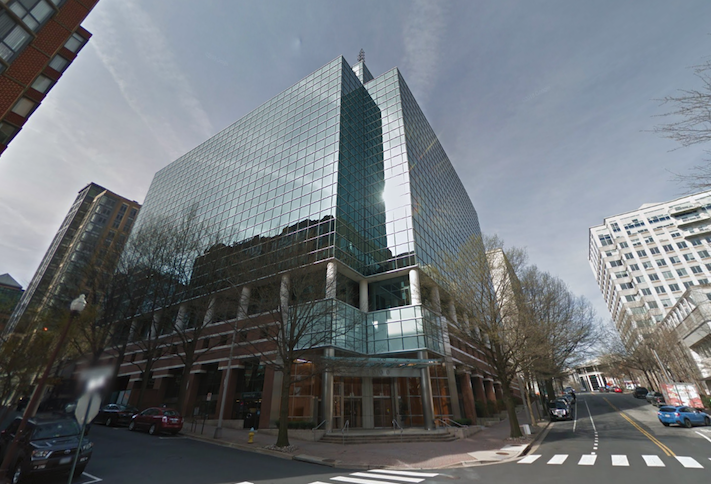 Another Arlington office building has traded hands with the buyer citing Amazon HQ2 as a reason for optimism.

The announcement didn't disclose the seller or the price, but property records show an affiliate of Carr Properties sold the property for $57.5M. It last traded in 2007 for $71.5M.

The 195K SF office building sits about three blocks from the Court House Metro station, part of the Rosslyn-Ballston Corridor. Defense contractor BAE Systems will soon vacate a portion of the building as part of its consolidation into Falls Church's Fairview Park.

AREP said it plans to make improvements to the building's green spaces and amenities, including social spaces, conference facilities and a fitness center.

"These enhancements combined with the sharply recovering R-B submarket, and the volume of recent relocation activity in the area, as well as new, positive tailwinds from Amazon — made Arlington Plaza an ideal target for us," AREP Chief Operating Officer Paul Schulman said in a release. "The project has been historically leased, so with the planned vacancy we have a fantastic opportunity to reposition and reintroduce Arlington Plaza to the market."

Arlington Plaza is the latest office property in the county to trade hands in the wake of the Amazon HQ2 selection. Hines last month paid $92M for the Two Liberty Center building, and Starwood in May paid $123M for Presidential Tower.