Prince George’s County executive Rushern Baker says that when he took office in 2010, he would attend meetings with the heads of Maryland’s biggest counties and confidently proclaim that “Prince George’s is the economic engine of the Washington region.” They didn’t take him quite as seriously as the packed audience at Bisnow’s Future of Prince Georges County event did on Tuesday. 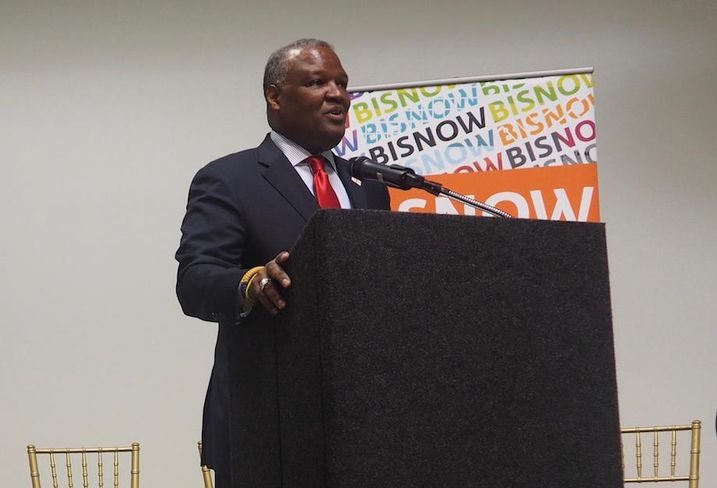 Now, with the county having more projects in the works than any other in Maryland, Baker says the heads of Montgomery County, Baltimore County and others find themselves trying to keep up, even stealing his old “economic engine” line.

“For the first time, our friends and our competitors look at us as if were on the same level because we are,” Baker said. “Once people try to outdo you, you know you’re not only in the game but you’re achieving, and that’s what is happening throughout Prince George’s County." 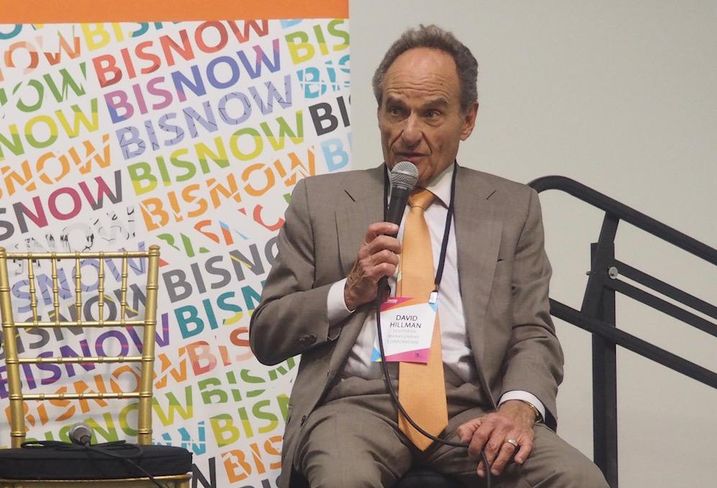 It’s not just government officials who are touting the county’s growth (although they rarely miss an opportunity to do so). Major developers like Southern Management CEO David Hillman also see Prince George’s as a more promising investment than neighboring Montgomery County.

“The county to the west thinks they’re hot stuff,” David, who is building the $150M Hotel at UMD, said. “We do business there too, our graph here is going this way (pointing up) and theirs is going that way (pointing down). They have a conference center in Bethesda and our hotel is booking business that in the past has gone there." 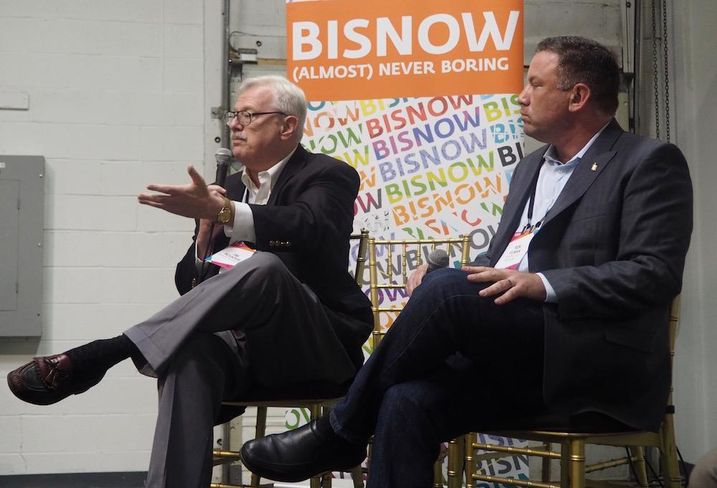 One of the major pistons powering the engine that is Prince George’s County is the University of Maryland. While the surrounding College Park area has historically had only student-focused amenities, planners are now thinking more about fostering a small business environment.

“Our professors and our students produce companies every year, the problem is, historically, they graduate, build a company and they move,” state Sen. Jim Rosapepe (left), who represents College Park, said. “All we need to do is to keep them there, so that when the two kids come up with a great business project and need space for eight people, there will be room and then when they get it to 30 there will be room for that, too.”

When moderator Ken Ulman (right), who is spearheading College Park's development initatives, asked all UMD alumni in the audience to raise their hands, roughly half of those seated proudly announced they were Terps.

"Raise your hand if you’ve driven down Route 1 and ever said, 'Gee wouldn’t this be great if it was X,'” Ken said, with a majority of hands going up. "Well, whatever you thought, it's now becoming that." 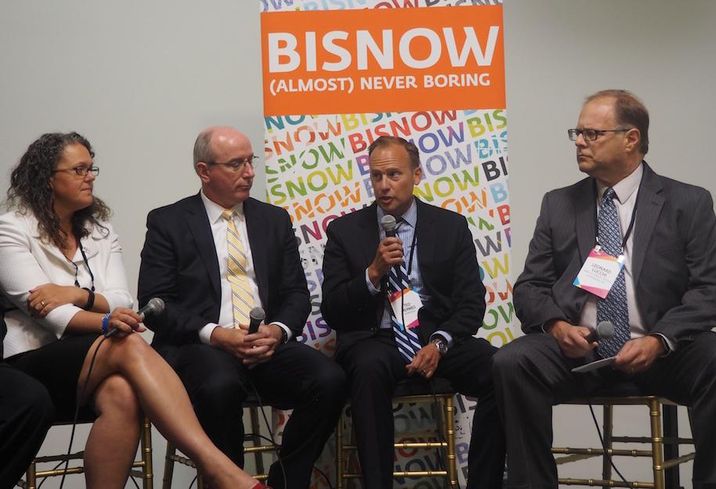 Contrasts between Prince George's and its neighboring counties remained a theme in the event's Future of Prince George's County panel. Walton Development East Region president Ed Fleming (second from left), who is building the Westphalia project, praised Baker's administration for catering to the needs of business owners in a way other counties don't.

"As much as Prince George's is open for business, there's a county to the south that is closed for business," said Ed, who's sitting next to county council member Danielle Glaros, Berkadia's Ted Hermes and moderator Leonard Lucchi of O'Malley, Miles, Nylon & Gilmore, said. "Charles County might say that they want business down there, but they don’t. They are closed for business and Prince George's is open, and it's because of the attitude and experience of the elected officials. They get it." 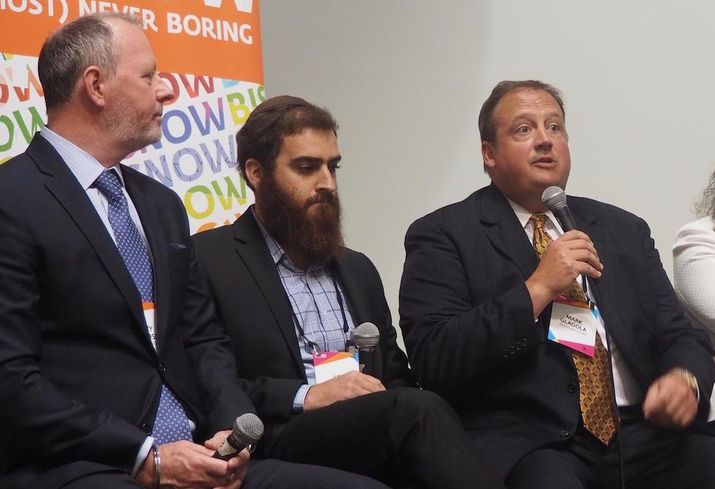 Transwestern's Mark Glagola (right) says he has done a statistical analysis comparing the office, retail and multifamily markets in Prince George's County with neighboring counties like Fairfax and Montgomery, and investors are always surprised to see them side by side.

"Prince George's has almost identical statistical growth, per capita income, good housing opportunities," Mark, seated next to BECO Management's Levi Cohen, said. "When you pull back and say, 'Wow, I didn’t realize they were as strong,' when you look at it statistically, that’s really where the comparison is and people start to come."

Petrie Richardson Ventures Terry Richardson, developer of Woodmore Town Center—which will soon be home to the county's first Nordstrom Rack—cited a study showing that $1.4B in consumer spending leaves the county on an annual basis because of a lack of quality retail. 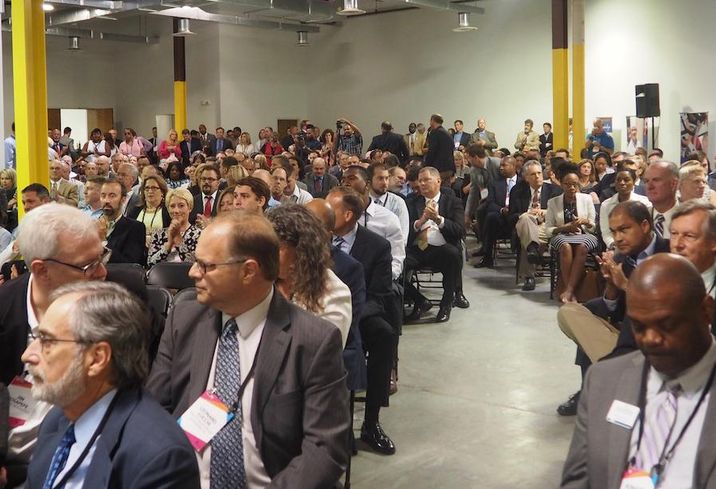 The crowd of nearly 400 packed into a raw space at BECO Management's BECO Park at Washington Business Park in Lanham. Following the panels, guests participated in a networking and cocktail hour, catered by Founding Farmers. The owner of Founding Farmers, Dan Simons, will speak at Bisnow's DC Retail & Restaurant event on Aug. 23.