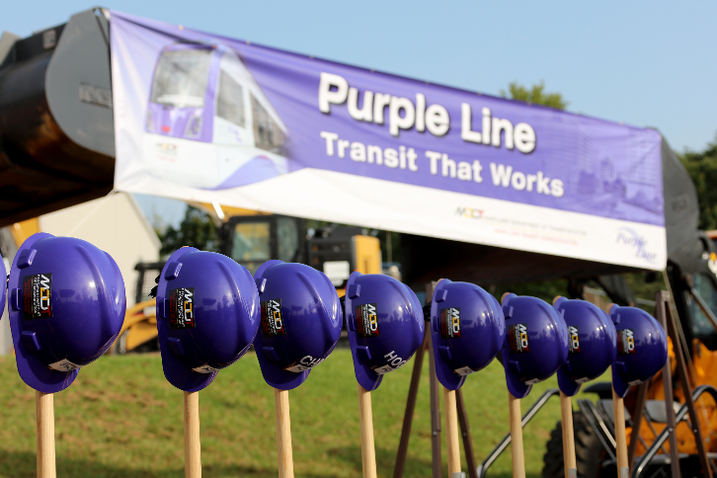 The Greater Washington, D.C., area is one of the top office markets in the nation. An influx of young working professionals and federal government contractors has made the market ripe for office construction. As of Q2, there are over 10K SF of office development under construction, surging ahead of every major U.S. office market but New York, JLL reported.

But limited building space and strict zoning laws in the district have driven developers to build outside city limits. Nearby suburbs like Bethesda and Rockville in Montgomery County, Maryland, and Fairfax and Arlington, Virginia, have given developers an opportunity to build larger spaces for less. While the office market in many of D.C.’s suburbs is booming, nearby Prince George’s County has not seen quite as much activity.

A new transportation initiative aimed at better connecting the county with surrounding areas could be the first step toward changing that. The Purple Line is a public-private partnership between the Maryland Transit Administration and several private partners and contractors. The Purple Line light rail will extend from Bethesda in Montgomery County to the New Carrollton Orange Line Metro terminus station in Prince George’s County.

The Purple Line will provide a direct connection to the MARC and Amtrak service and WMATA’s Red, Green, Silver and Orange lines. There are 21 stations planned along the 16-mile route. The project is in the final construction and design phases, and service is expected to begin in 2022.

Developers are beginning to see the Purple Line as an opportunity to build office space in Prince George’s. A number of transit-oriented office developments are already breaking ground along the Purple Line route.

One developer that sees such opportunity is Donohoe Cos., which owns a 160K SF office building along the Purple Line route in College Park.

"Two years ago, College Park just wasn't considered at all really; it wasn't thought of as an office submarket," Donohoe Cos. Senior Vice President Evan Weisman previously said to Bisnow. "Now, people are realizing that rather than locate downtown or in Arlington, if they're forcing employees to drive around the Beltway, with the Purple Line, all of a sudden College Park becomes a viable location." 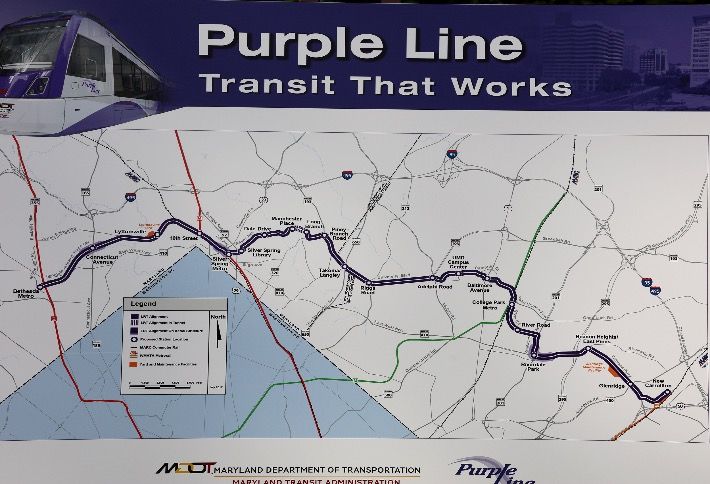 The Purple Line is also driving collaboration between the University of Maryland and developers around College Park. In 2017, the public university partnered with the city of College Park and Corporate Office Properties Trust to establish a “Discovery District” with several major office and research buildings. The $2B project plan includes 1.5M SF of planned development on River Road along a future Purple Line stop.

New Carrollton, which will eventually become a major transit hub with the addition of the Purple Line, has also seen its share of new development. Urban Atlantic is building a 2.5M SF development near the New Carrollton station. It is slated to deliver 1.1M SF of office.

As plans for the Purple Line begin to fall into place, more developers are setting their sites on transit-oriented development opportunity in Prince George’s County. When it comes to the Class-A office market, it is not yet at the same level as nearby Rockville or Bethesda, but it is catching up.