New Kids On The Block: Alexandria 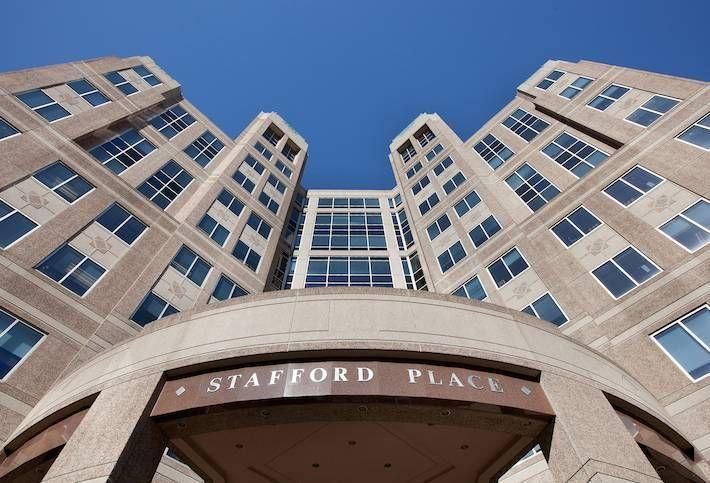 The National Science Foundation is moving to Alexandria from its current HQ in Ballston, and the organization's new digs at 2415 Eisenhower Ave are significantly larger than first projected.

After some haggling with the General Services Administration, the American Federation of Government Employees secured a deal to expand the NSF’s lease at one of the buildings by 14k SF, bringing the total scale of the project to 600k SF.

The deal came amid concerns that the initial plans—calling for 120 SF offices for more than 1,000 employees, and 64 SF cubicles for over 400—were inadequate to meet the space needs of more than 2,000 NSF employees.

The NSF HQ is scheduled to deliver later this year, with a move-in date in 2017. The foundation's former home was bought last year by Jamestown, which is searching aggressively for a tenant to fill the hundreds of thousands of soon-to-be vacant square feet. 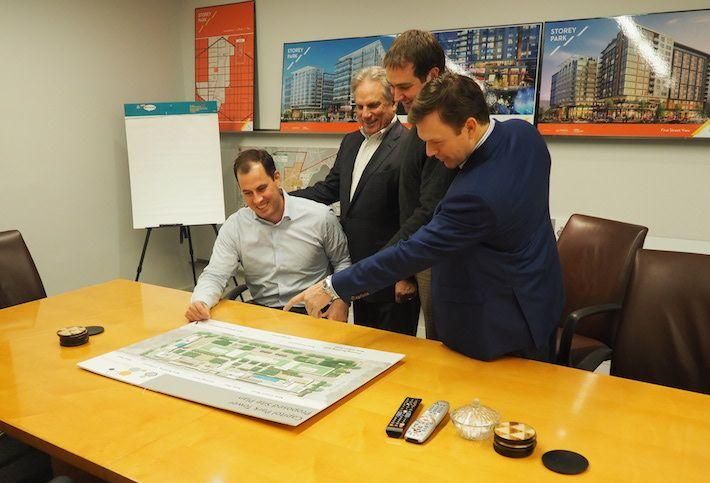 Perseus has bought a 13.5-acre site along Eisenhower Avenue, one of the busiest development corridors in the region, Bisnow first reported back in April.

The construction site sits right next to where JM Zell and Hines are planning one of the tallest buildings in the region. Across the street sits the US Patent and Trade Office and its more than 10,000 workers, and the NSF's new HQ is coming just down the block. But as for what Perseus actually intends to do with the space, plans remain vague.

"It will be substantially redeveloped over the next five to 10 years," the company's SVP, Fred Beddard (sitting on the left), says. "Our plan is to keep it as a cash-flowing existing asset while we work with the city to redesign the site plan. Right now, it offers a ton of flexibility."

The Institute For Defense Analyses 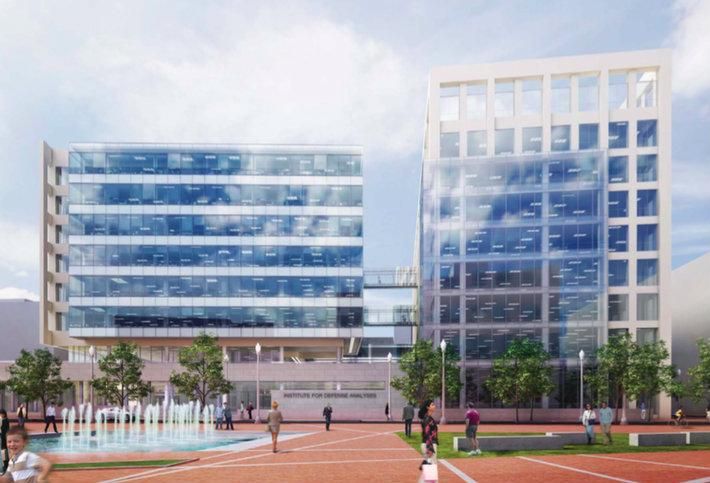 The Institute for Defense Analyses has bought a 370k SF site from MRP Realty and The JBG Cos at Potomac Yard for $10.1M, Bisnow recently reported. While a move-in date has yet to be established, the nonprofit plans to make the site its new HQ.

Currently based at 4850 Mark Center Dr, the IDA operates three federally funded research centers: the Systems and Analysis Center, the Science and Technology Institute, and the Center for Communications and Computing.

IDA employees can look forward to a vastly easier commute. The current HQ at Mark Center sits on the congested intersection of Seminary Road and Beauregard Street at the I-395 interchange, and the area's explosive growth over the past few years—resulting from the DOD’s Base Realignment and Closing program—has not improved the situation.