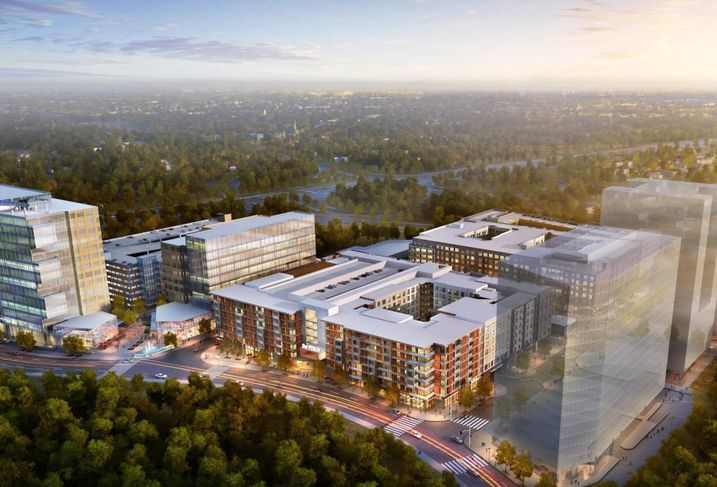 Courtesy of The Howard Hughes Corp.
A rendering of the Merriweather District in Columbia, Md.

In April 2018, The Howard Hughes Corp. broke ground on the Merriweather District, a new neighborhood in Columbia, the planned community the company's predecessor began building in the 1960s.

Merriweather will emphasize futuristic tech; it may be the first town in America to be built around autonomous cars. Partnering with self-driving technology company STEER, Howard Hughes said residents of Merriweather will be able to valet park and summon their cars, all at the click of a button.

The new development at Merriweather is planned to include 1,000 residential units, 200K SF of retail and dining space, a 250-room hotel and 1.1M SF of office space, including a 350K SF tower that is slated to be anchored by cybersecurity firm Tenable. The plans also call for a $19M renovation of the Merriweather Post Pavilion concert venue and the numerous acres of green space that surround it.

Merriweather represents a significant chunk of Howard Hughes’ $1B investment revamping the entirety of Downtown Columbia. 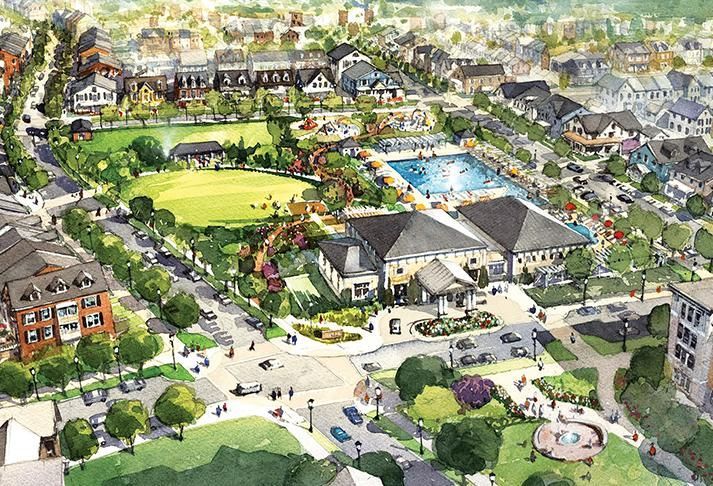 Begun in 2003, Greenebaum’s $1B development at Maple Lawn continues to invest beyond its 1,400 master-planned residential units.

A $27.5M senior housing facility is joining Maple Lawn, which is centered in the town of Fulton. The facility, which will include 86 units totaling 73K SF, will focus on active living and memory care and is styled after a boutique hotel. The facility is part of a larger trend of senior housing coming to existing suburban developments.

A 103-unit Residence Inn will also be coming to Maple Lawn. The hotel, developed in partnership between Greenebaum and St. John Properties, is a logical next step for the growing community. 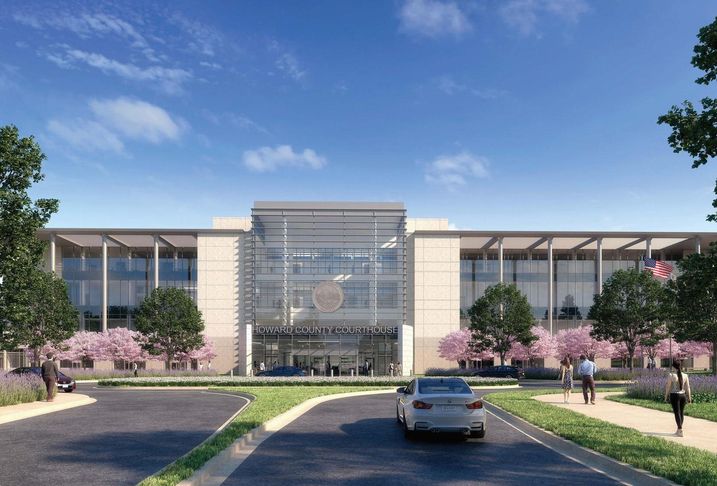 Courtesy of mdcourts.gov
A rendering of the new Howard County Circuit Courthouse

The new Circuit Courthouse will include courtrooms and space for six judges, as well as for the state’s attorney, sheriff, bar association, public defender and clerk of courts. The courthouse is set to be LEED Silver certified, and will also feature a 682-space parking garage, a jury assembly area, a cafeteria, a fitness center and almost a dozen acres of public outdoor space.

The new courthouse is the largest public capital project in the history of the county, and the public-private partnership between ESJP and the county is the first of its kind outside of California, ESJP says. The $140M project is partway through the design phase. Construction is slated to begin in June 2019, and the courthouse should be delivered in July 2021.